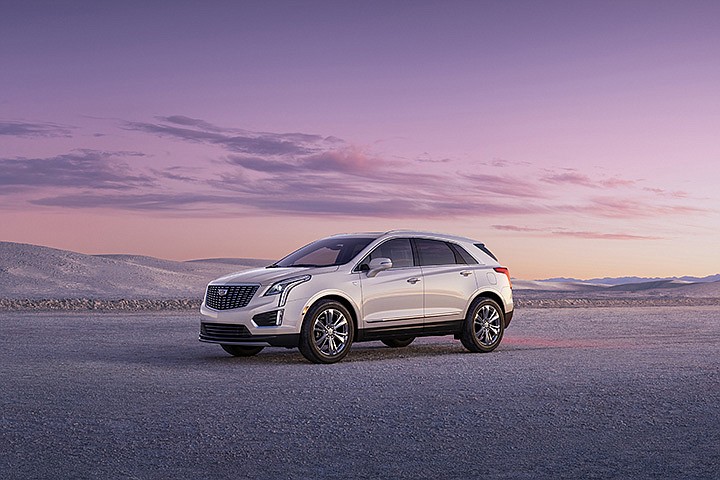 I kept wondering where it went. Cadillac sent out its pleasant compact SUV, the XT5, for my perusal, but BBBB and FFFF -- Beautiful, Blue-eyed, Blonde Bride and Cindy Ramage, her Fabulous, Fun, Forever Friend -- kept thinking of places they needed to go in it.

Thus, in my dotage are fun redefined as alliterative abundance and chick magnet as a car that is quiet, composed and refined. I suppose there is solace in knowing my tastes in cars and women have improved.

In today's superheated car market, when dealers are selling cars for thousands of dollars above list price -- in the case of luxury cars, tens of thousands -- the Cadillac XT5 presents itself as the thinking woman's choice.

Selling in the $45,000 to $60,000 range, the XT5 is a roomy, two-row compact SUV available with either a 237-hp, turbocharged four-cylinder or a 310-hp, naturally aspirated V6. Though it rides on the same platform and with the same mechanicals as a $27,000 Chevy Equinox, Cadillac does a nice job distinguishing the XT5 as a Caddy with handsome styling, a plush cabin, and desirable innovations like night vision, electronic suspension damping, and torque vectoring on AWD models.

In many ways, the XT5 is a beneficiary of Cadillac's lack of success over the past half-century. In the mid-1960s, Cadillac sold around 200,000 vehicles a year, 98% in the U.S. The American new vehicle market has nearly doubled since then, but a good year for Cadillac these days is 150,000 units.

European competitors are more fun to drive, and Japanese and Korean ones better pamper their owners, but right now you had better keep a tight grip on your wallet in those showrooms. A $25,000 markup? If one person pays it, every salesman will ask for it.

Cadillac dealers, however, are not ladling on markups and the manufacturer is offering $500-$1,000 cash incentives plus attractive lease and finance options.

On lots today are both 2022 and 2023 XT5s. The major difference is that dealers appear tempted to boost the 2023 models by a few thousand. Caveat emptor.

The fever in used-car prices began to break a month ago. A smart move might be to look for a three-year-old XT5 for the same price as a new Equinox. It should still be under warranty. Cadillac covers the XT5 with one of the better warranties around: four years/50,000 miles basic warranty and 6-year/70,000 miles powertrain.

An extended warranty should cost around $1,500 plus whatever markup a dealer tries to get. You can buy those online for cost-plus-$500 these days.

To be sure, supply-chain woes affect everyone. If you buy a new Cadillac today, it may come without parking sensors, which can be installed later, or a heated steering wheel, which can't. But the factories are open, and trucks are running to dealers, who either have what you want or can get it

A benefit to Caddy buyers today comes from General Motors' top management's determination to reshape Cadillac as a flagship brand. Billions of dollars and the efforts of top engineers and designers were committed to developing products such as the gobsmackingly beautiful Lyriq electric SUV. You can stop by and order one today.

The rest of the portfolio went on hold. In the car business, this can be a good thing. Keep making the same thing and after a while, the bugs get worked out. So it goes with the XT5 and its counterpart at Buick, the Envision. Both went into production in 2016 and have seen precious few refreshes since. Not surprisingly, then, both earn accolades in reliability ratings from both J.D. Powers and Consumer Reports.

The XT5 builds on that accomplishment by being a very nice car. The cabin is as quiet as a butterfly landing on a marigold. The seats are ample and superlatively comfortable.

The XT5 comes in three trim lines, Luxury, Premium Luxury, and Sport. Our mid-level tester was brimming with wood, chrome, and leather with detailed stitching. An 8.0-inch infotainment screen was easily controlled with either touchscreen commands or a center control knob. Apple CarPlay loaded quickly and flawlessly.

The basic body design is rakish, which results in large pillars and small rear window openings. Cross-traffic warning and parking sensors, then, are necessary options.

Our tester came with the standard forward collision warning with automatic emergency braking, pedestrian detection, and lane-keep assistance. It also had an optional driver assist package that included adaptive cruise control, self-parking capability, and automatic braking when reversing. The latter two are nice, but we cannot imagine a modern luxury vehicle without adaptive cruise control.

Surveying other reviews, we noticed that some found the XT5's ride "choppy." We didn't. Handling is exceptionally composed, especially with torque vectoring. The ride was firm, but the XT5 absorbed road imperfections the way one would expect a Cadillac to do.

The four-cylinder gets better fuel economy and, thanks to turbocharging, is a little spritelier around town. It requires premium unleaded fuel.

Our tester came with the V-6, a $1,000 option and, if it's a long-term relationship you seek, it's the one we recommend. This engine has been in production for nearly eight years and sits in millions of GM vehicles. More importantly, we think turbocharged engines have inherently shorter lifetimes because the process stresses so many components.

For the week, the bigger engine mated to a 9-speed transmission delivered 25.6 mpg. In the late pre-electric era, that ain't bad.

Conventional wisdom holds that Cadillac will replace the XT5 with an electric version next year. In that case, the remaining models of the current version should be a great deal.

It may be the last gas-powered car you will ever own, but you will like it -- if the girls let you drive it. 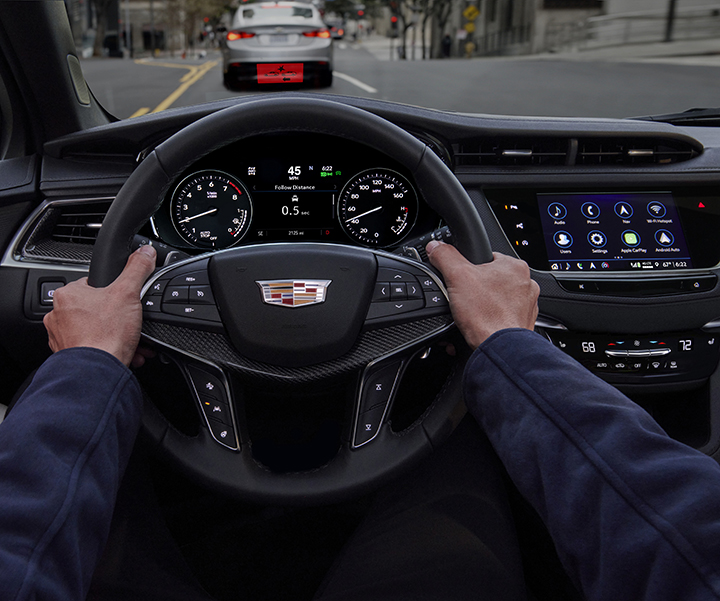 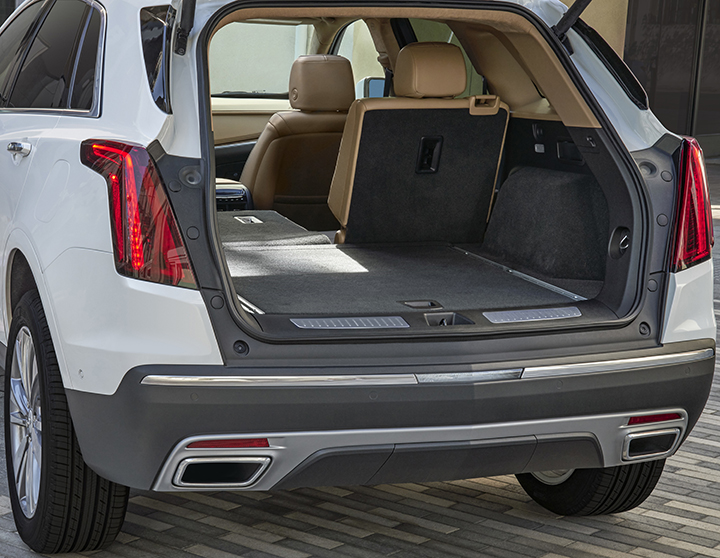