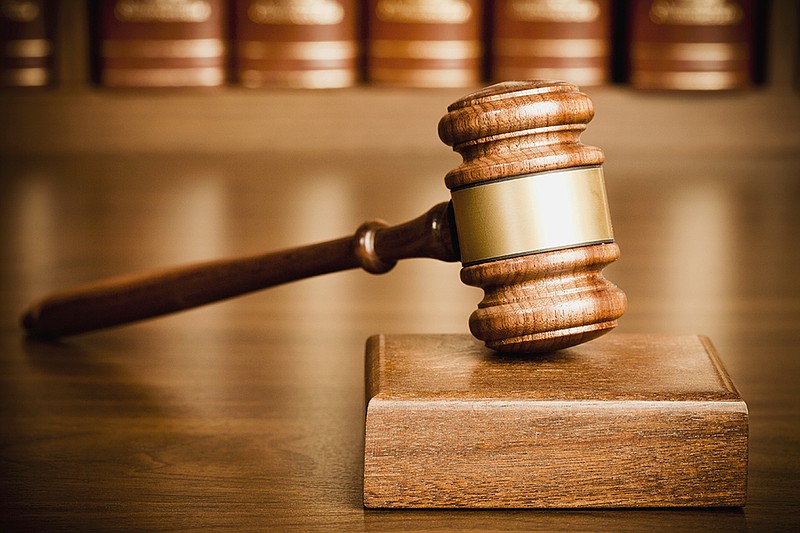 NEW BOSTON, Texas -- A former friend and confidant of Taylor Parker's testified Wednesday about threats Parker claimed to have received from her own mother along with Parker's "obsession" with boyfriend Wade Griffin.

Angela Pate of Simms, Texas, testified Wednesday that she met Parker in 2019 when Griffin worked with her husband. Pate testified that Parker feared Griffin would leave her.

"She was obsessed with Wade, and you could tell he didn't feel the same way. She was trying to buy him," Pate testified under questioning from Assistant District Attorney Lauren Richards. "When she was with him, she would totally glow and light up the whole room. He was everything to her. She would do anything for him."

The trial is being held in the 202nd District Court in New Boston with Judge John Tidwell presiding.

Pate testified that Parker often discussed her family history, including an alleged inheritance she was supposed to receive from grandparents.

"They were old money. They owned a lot of land and oil and gas leases and made money on royalties," Pate said.

Parker said her mother was angry about the money was going to Parker and put a "hit" on her with the Mexican mafia, Pate testified. She said Griffin would not leave Parker after the news came out about the supposed hit.

"He felt he couldn't leave her with everything going on with her mother," Pate testified. "She was hiding out at my house. She would come in the morning and stay until Wade got off work. Supposedly undercover officers were watching her."

Pate testified that Parker was very convincing and would show her text messages that were allegedly from law enforcement regarding the investigation.

"You never doubted her. She had answers for everything," Pate said.

Pate testified that Parker also told her that her mother was arrested and then committed suicide in jail. However, Parker said she did not want to tell her grandparents about her mother's death because they would not be able to handle it.

Parker then allegedly told Pate that her mother showed up at a family Christmas dinner and was actually alive.

"She said she walked in the door and everyone was shocked her mother was alive because everyone thought she was dead," Pate testified.

Pate also testified that she and her husband, Roger, took Parker and Griffin to meet with Roger's cousin regarding alleged threats from Parker's family. The cousin is interim Texarkana, Ark., police Chief Bobby Jordan.

Jordan testifed that he met with the two couples for about two hours and reviewed a file of alleged threats that was a couple of inches thick. He said most of the threats involved property in Titus County and oil and gas.

"It revolved around her family and their dislike of Wade," he said.

During cross examination, Harrelson asked Pate about attending Parker's gender reveal party and if she thought she was enabling Parker by attending the party.

"Who questions if a mother is pregnant?" Pate replied.

"You dont. Never in your dreams would you imagine someone you know ... would do this. We were in this dome of craziness and we couldn't tell anybody. Now we know everything that happened, but at the time if you are in the middle of it, you are just reacting and trying to do your best," Pate said.

Pate said her last contact with Parker was in July 2020.

Parker's former mother-in-law, Deanna Parker, also testified Wednesday. She said she would frequently catch her daughter-in-law in lies and confront her about them.

"I did confront her and she told me the truth. She admitted she had not finished nursing school and that she was still married but in the process of getting a divorce," Deanna Parker testified.

Despite confronting Parker about lies, many days were ordinary, Deanna Parker said. The women would cook meals together and shop together.

"Taylor Parker can be normal when she wants to be normal?" asked Assistant Bowie County District Attorney Kelley Crisp. "If things are going her way ... she can make the decision to be normal?"

"Those are decisions you observed her make?" Crisp asked.

"Taylor is not crazy," Deanna Parker said looking directly at the jury. "She is normal as me and you."

Harrelson objected to the use of the word crazy. He also asked Deanna Parker if she had spent any significant amount of time with Taylor Parker after April 2019.

"If there was some progressive decline in her behavior you would not have seen it?" he asked.

Harrelson also questioned how Deanna Parker could believe all the lies were part of normal behavior.

"Does that sound normal to you?" Harrelson asked.

"It was normal for her," Deanna Parker replied.

Taylor Parker's attempt to purchase a ranch on the Red River was also discussed during testimony Wednesday.

A lawyer named Blake Lawington, an oil company representative named Shelly Linx, a banker named Stacey and a relative known as "Uncle Butch" were all made up by Parker, according to investigators.

"There was documentation set up that made them credible," Paris, Texas, real estate broker Rusty Lowe testified under questioning by Richards. "She (Parker) was very convincing and determined to make this purchase happen."

Lowe, a farm and ranch real estate broker with Century 21 in Paris, was contacted by Parker in December 2019 about a 1,500-acre pecan plantation and ranch called Pecan Point, he testified. He said Parker offered $3.5 million for the property and said she and Griffin would pay for it with an inheritance from her grandparents.

Lowe testified that Parker sounded serious and seemed to know ranching. Parker was in a hurry to view the property, he said.

"My first impression was they were in a little bit of a hurry. Everything had a sense of urgency. Everything was now, now, now," Lowe testified.

Lowe testified he asked Parker and Griffin for $200,000 in earnest money for the purchase. That's when things "started to unravel," he testified.

Parker allegedly said first the money would come from her inheritance, and then talked about it coming from an oil lease.

On Jan. 2, 2020, Parker texted Lowe that the money wire transfer was not coming as anticipated, Lowe said. On Jan. 13, she told Lowe she had switched banks because she was frustrated with old one.

"It's getting a little sketchy," Lowe said. "It kept unwinding over the quarter of a year ... it finally got to end of rope and it finally got to the point where she could not justify how she was going to pay for it."

Lowe testified that when he vetted Parker's supposed financial backers, she would "scold him."

"We would get a message from Taylor that 'Uncle Butch' didn't like it. He thought we should take his word for it," Lowe testified.

In March 2020, Parker wrote two checks made out to the closing company in Idabel, Oklahoma, and left them with Lowe. On the same day, she called him and said the banks would prefer she not write checks but instead wire money, Lowe said.

In April 2020, he received a message from Parker that said they would have to pull out of the property deal. He asked Parker to call him and described her as very upset.

"Her voice was broken and she was distraught. She told me it was an elaborate scheme put on by her mother," he testified. "She told me she had been duped by her mother."

Harrelson questioned why Lowe would believe emails from the bank would come from an AOL account.

"Did it seem unprofessional to you? Did it cause you concern?" he asked.

"The whole thing caused concern. That was why we kept vetting," Lowe said.