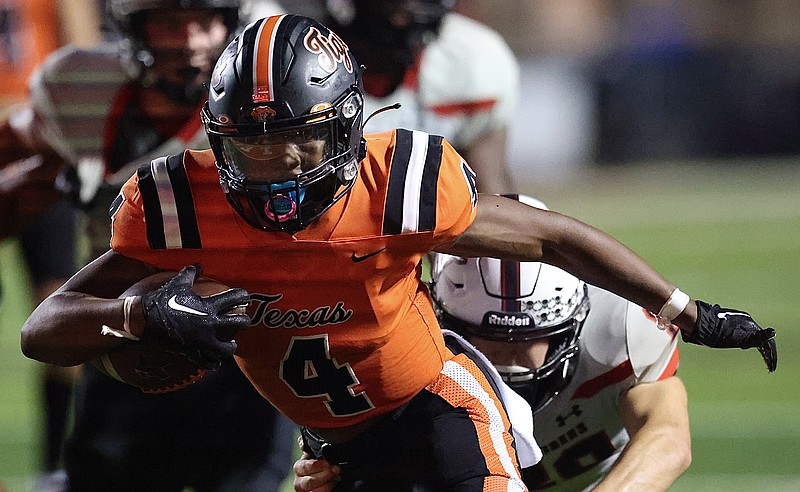 Texas High running back Javari Johnson runs against Tyler Legacy during Friday’s game at Tiger Stadium in Grim Park. Johnson had two scores in the win. PHOTO by JD

TEXARKANA, Texas -- Fifth-ranked Texas High extended its win streak to three in a row and completed its non-district schedule on a high note Friday.

The Tigers topped Class 6A Tyler Legacy, 27-3, at Tiger Stadium in Grim Park to improve to 3-1 on the season. THS hosts Hallsville for Homecoming next week.

The Tigers managed just 28 yards of total offense in the half but put the game away in the second quarter with a 20-0 rally.

Brandon Hall and Tadarian Ball each hauled in a Potter scoring reception.

Ean Crite forced a Legacy fumble, which Isaiah Dowden recovered, and Crite also recovered a fumble, and Kenneth Merriman had an interception and fumble recovery for the Texas High defense.

The Tigers got on the scoreboard quickly after stopping Legacy on the game's initial drive. Johnson covered 93 yards on his second carry to reach paydirt with 8:47 left in the first quarter.

After the Red Raiders booted a field goal, THS missed a field goal. However, on the first play of the ensuing possession, the ball was fumbled, and Brandon Childs recovered for the Tigers at the Legacy 11.

Johnson scored his second TD from there, this one with 7:29 left on the second-quarter clock to start a 20-point period for the home team.

Hall caught an 18-yard strike from Potter to cap an 8-play, 86-yard drive with 2:49 remaking until intermission, and Ball snagged a 37-yard score from Potter with five seconds left to finish off an 8-play, 66-yard campaign.

Texas High compiled 301 yards of offense in the first half, and the Raiders had 82 yards of total offense. 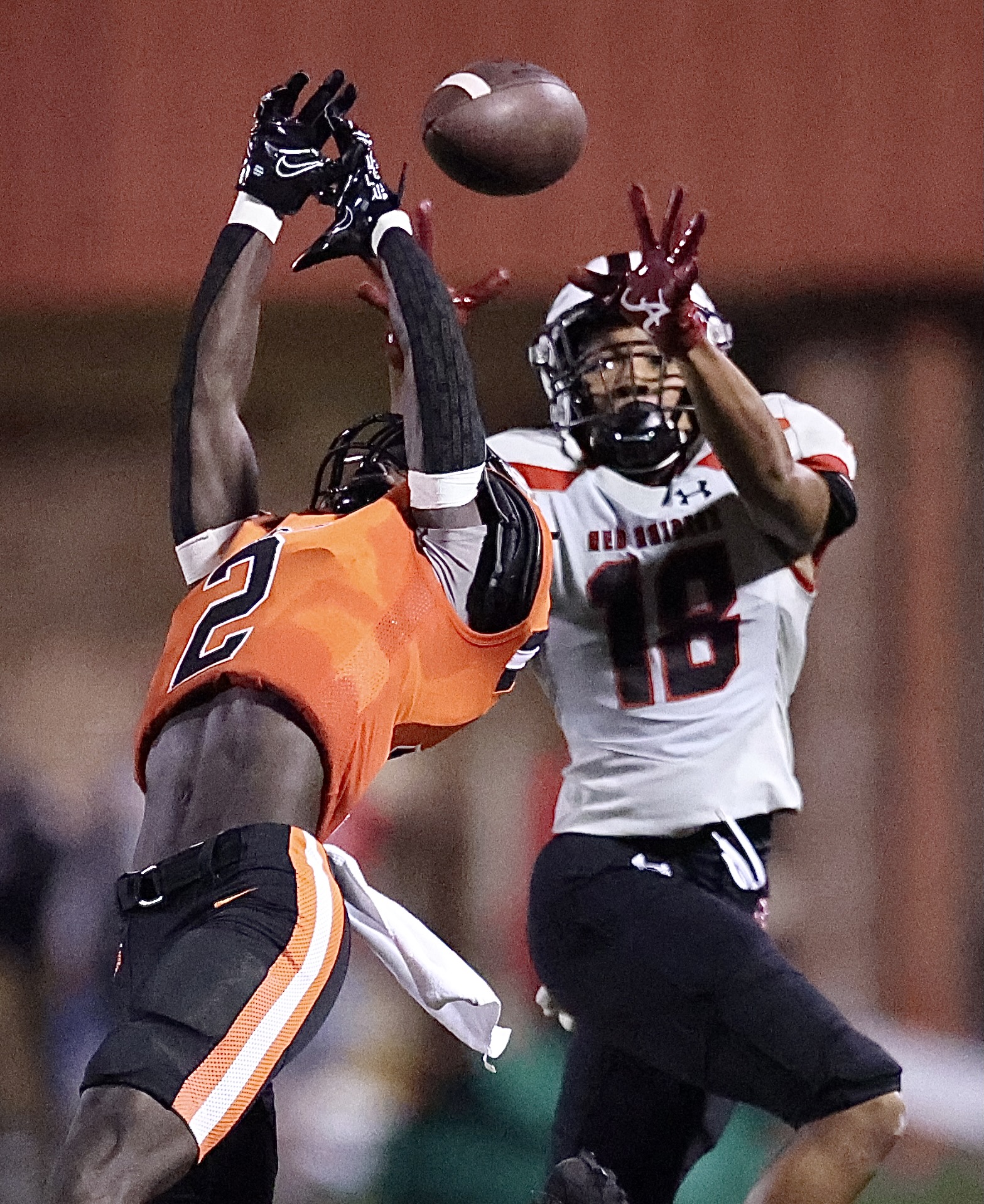