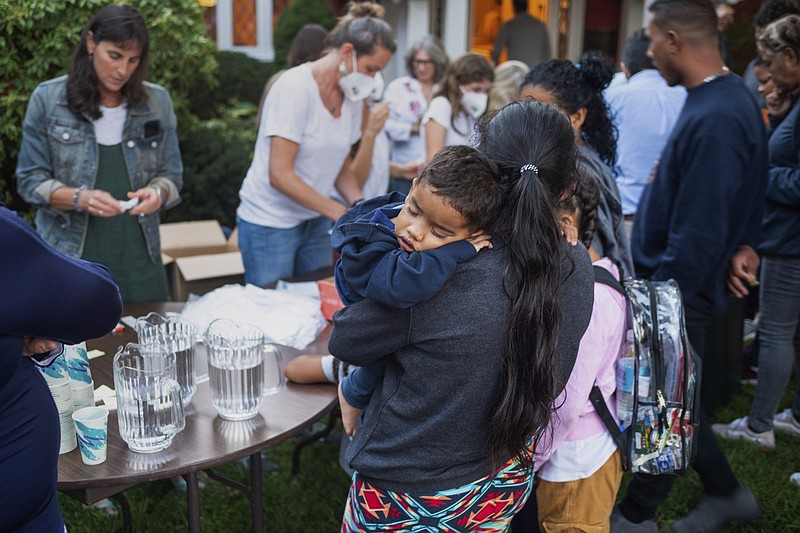 A woman, who is part of a group of immigrants that had just arrived, holds a child as they are fed outside St. Andrews Episcopal Church, Wednesday Sept. 14, 2022, in Edgartown, Mass., on Martha's Vineyard. Florida Gov. Ron DeSantis on Wednesday flew two planes of immigrants to Martha's Vineyard, escalating a tactic by Republican governors to draw attention to what they consider to be the Biden administration's failed border policies. (Ray Ewing/Vineyard Gazette via AP)

As Republican governors ramp up their high-profile transports of migrants to Democratic-run jurisdictions, the practice is getting a mixed reaction from Christian faith leaders -- many of whom, especially evangelicals, have supported GOP candidates by large numbers in recent elections.

Some depict the actions as inhumanely exploiting vulnerable people for political ends, while others say it's a harmless way of calling attention to the impact of immigration on states near the southern border.

"Playing political games scores points -- and the hypocrisy of the current immigration system is easy to point out," Ed Stetzer, a professor, dean and executive director of the Wheaton College Billy Graham Center in Illinois, said in a statement.

"However, it does not solve the actual problems. ... Let's fix the system," he added, "and stop turning people into pawns of political one-upmanship."

But the Rev. Robert Jeffress, senior pastor at First Baptist Church of Dallas and a prominent supporter of former President Donald Trump, who imposed restrictive immigration policies during his term, backed the transports.

"Government officials who refuse to fulfill their biblical responsibility to protect our borders should be made to feel the effects of their lawless policies," Jeffress said via email.

"Busing illegal migrants to Washington D.C. or Martha's Vineyard is not exactly the same as sending them to Siberia," he continued. "Most Americans would love the opportunity to visit either destination."

The Republican governors are trying to draw attention to what they contend is failed border policy under the Biden administration.

"We have called long for strengthened border protections and at the same time (for) folks who are coming into this country to be treated in a way that respects the imago dei (image of God)," he said.

Most Americans, including Southern Baptists, "want a solution to our broken immigration system," Leatherwood added. "Let's cut down on some of these actions and instead come to the table and figure out a solution that actually respects human dignity."

Joshua Manning, pastor of the ethnically diverse Community Baptist Church in Noel, Missouri, a town of 1,800 with a large immigrant population, agreed that the transports are the wrong way to highlight a real problem.

"You shouldn't be loading people up and treating them as political props -- that's dehumanizing," Manning said.

He said, however, that immigration is a tricky subject. Places that have declared themselves in support of migrants and asylum seekers may not "see the difficulties of everything that's associated with that," he said.

In the mostly Latino neighborhood of Corona, in New York City's Queens borough, the large congregation of Our Lady of Sorrows Catholic church held a special service Wednesday to pray for the immigrants. In an interview, their pastor, the Rev. Manuel Rodriguez, called the transports a "horrible crime."

"All of us are horrified about the steady violation of human rights by Gov. DeSantis and other governors who are so inhumane and unethical to keep sending human beings to places where they weren't even informed that they'd be sent," Rodriguez said.

"You don't use human beings who are fleeing their homelands in fear, because of violence, hunger, persecution, because of the threat of rape ... as tools, as objects to make political points," he said. 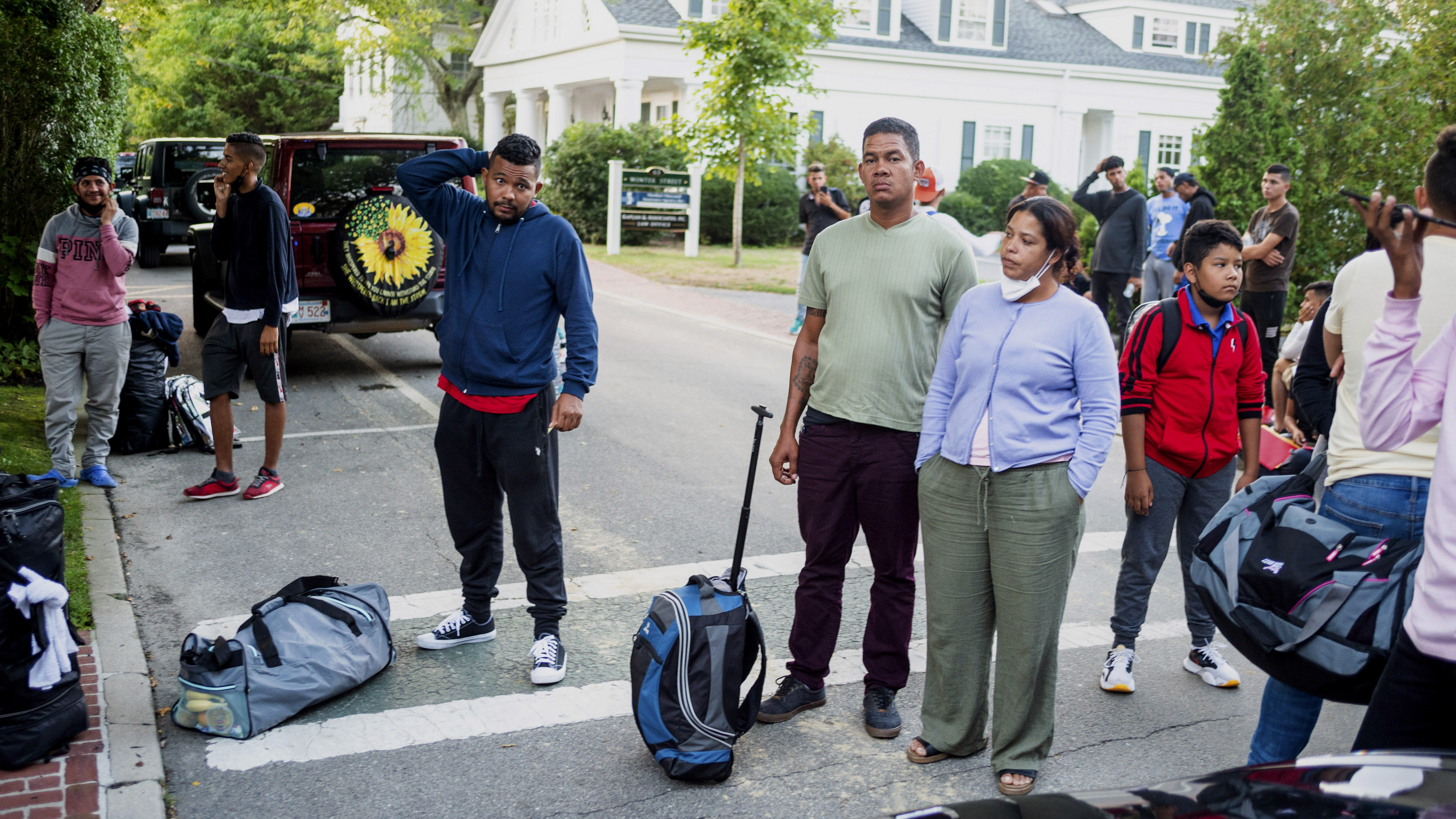 Immigrants gather with their belongings outside St. Andrews Episcopal Church, Wednesday Sept. 14, 2022, in Edgartown, Mass., on Martha's Vineyard. Florida Gov. Ron DeSantis on Wednesday flew two planes of immigrants to Martha's Vineyard, escalating a tactic by Republican governors to draw attention to what they consider to be the Biden administration's failed border policies. (Ray Ewing/Vineyard Gazette via AP)