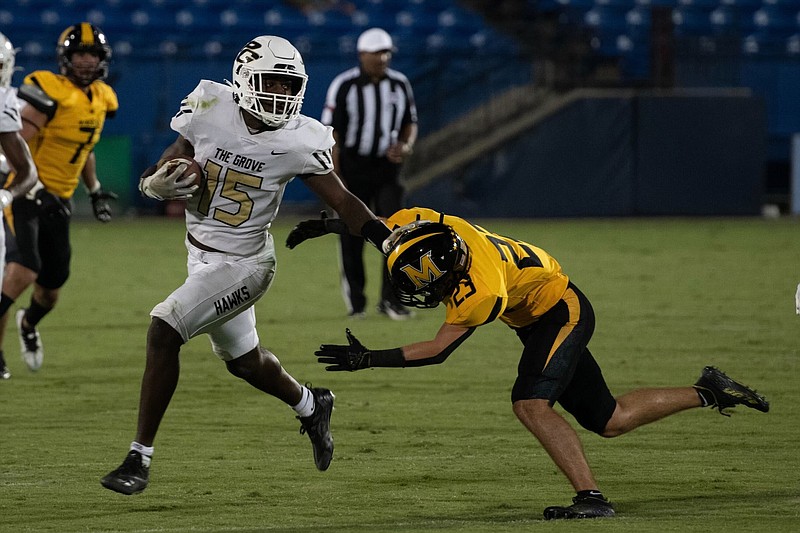 FRISCO, Texas -- Toyota Stadium in Frisco was built to be a showpiece for soccer. The Pleasant Grove Hawks used it to put on an American football clinic on Friday night downing Frisco Memorial, 63-28.

Pleasant Grove's (3-1) dominating offense and stingy defense proved too much for Memorial (1-3) as the Hawks doubled up the Warriors 622 to 307 yards.

"This was such a great day for our kids," Coach Josh Gibson said. "We had a great trip down and then getting to play in a beautiful professional venue was really cool."

Kaden McFadden punched it in for the third time from 30 yards out with 7:54 left in the game setting the final 63-28 score. That run was part of a Hawk rushing attack of 48 runs for 444 yards and seven touchdowns.

Ferron cotton hauled in his second long bomb of the constest with a 78 yard touchdown reception with 8:36 left in the game trimming the PG lead to 56-27.

Brandon Tullis added to the Warriors' score as the third quarter ended with a 6 yard touchdown run against Pleasant Grove reserves.

Jayden Stewart got in on the scoring action with 2:57 in the third quarter and the Hawks lead grew to 56-14.

The Hawk defense came out of the halftime locker room on fire forcing a fumble on Memorial's first drive and a turnover on downs on the second drive of the third quarter. On the ensuing drive, Ahkhari Johnson connected with Spencer Danner for a 12 yard TD strike with 7:27 left in the third quarter creating a 49-19 PG lead. Johnson finished the night 11 of 17 with 178 yards and two scored in the air.

"We really wanted to try a few new things and we were able to do that tonight," Gibson said. "We got a lot of guys involved in the game."

Pleasant Grove dominated the first half with 2 scores each from Johnson, Boardley and Kayden McFadden.

McFadden stretched the Hawk lead to 42-14 on a sweep around the left side with 41 seconds left in the first half.

The Warriors' Damarion McPherson connected with Ferron Cotton on a 70 yard touchdown strike to narrow the Hawk lead to 35-14 with five minutes left in the quarter.

A third PG possession that began in Warrior territory was capped off by Kaden McFadden's 12 yard run around the outside and the Hawks lead 35-7 with 6:27 in the second.

Another great Johnson punt return set the Hawks up at the Warrior 30. Four plays later Jaylen Boardley scored from 8 yards out and the Hawk lead grew to 28-7 with 8 minutes left in the first half.

The Hawks began the second quarter on offense and ended a 57 yard drive with Johnson's second rushing score of the contest making it 21-7 PG.

Pleasant Grove lead 14-7 at the end of the first quarter.

The Warriors offense got going on their second possession with an 82 yard drive culminating with an 8 yard run by True Booker to make it a 14-7 Hawk lead with 2 minutes in the first.

Ahkhari Johnson punched it in from 1 yard finishing off a short 47 yard drive set up by an impressive punt return by the junior trigger man, stretching the Hawk lead to 14-0 with 5 minutes left in the opening quarter.

Pleasant Grove struck first on a 22 yard TD strike from Johnson to Boardley with 8:29 in the first. It was the only pass on a 68 yard drive that began with four straight QB runs by the Hawks. 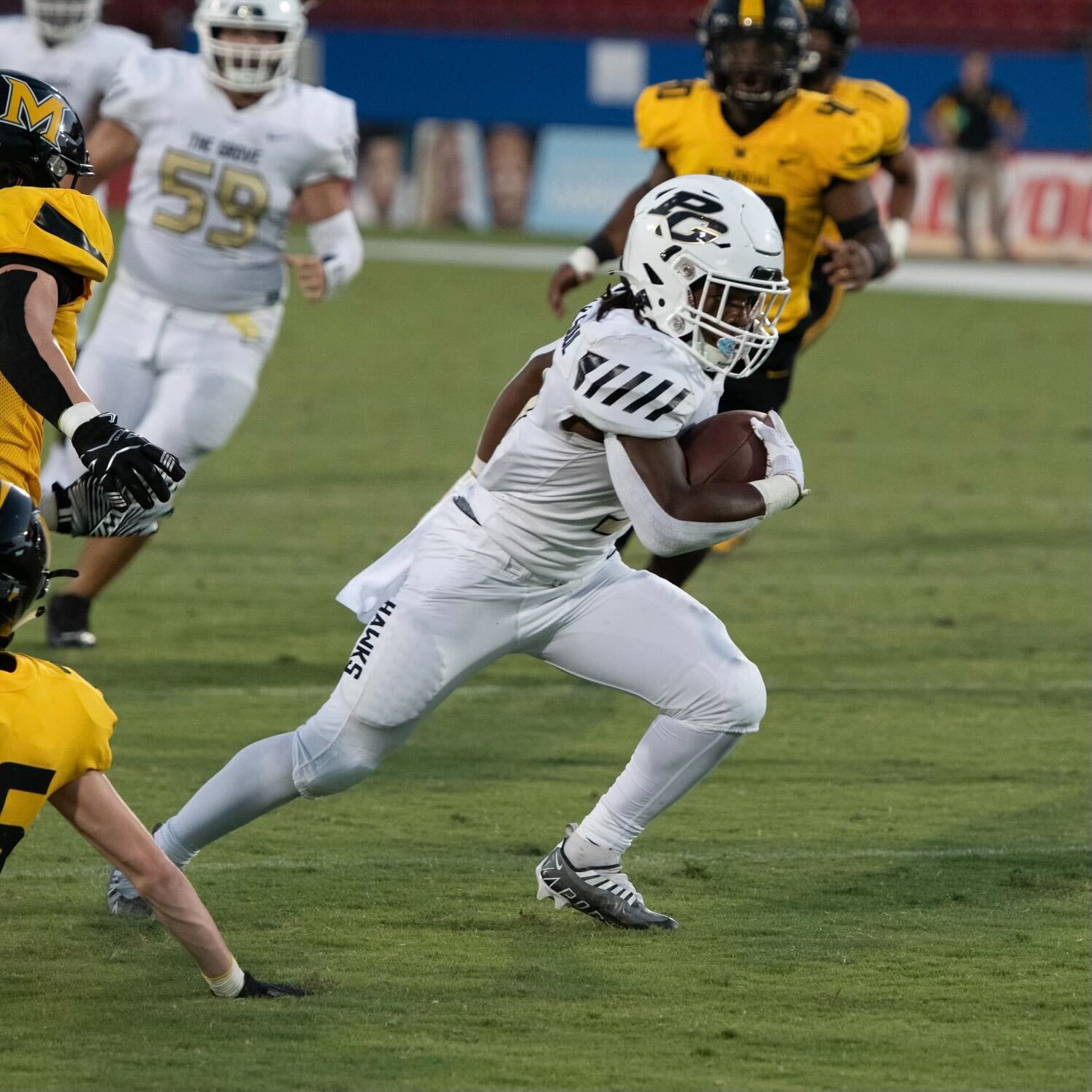