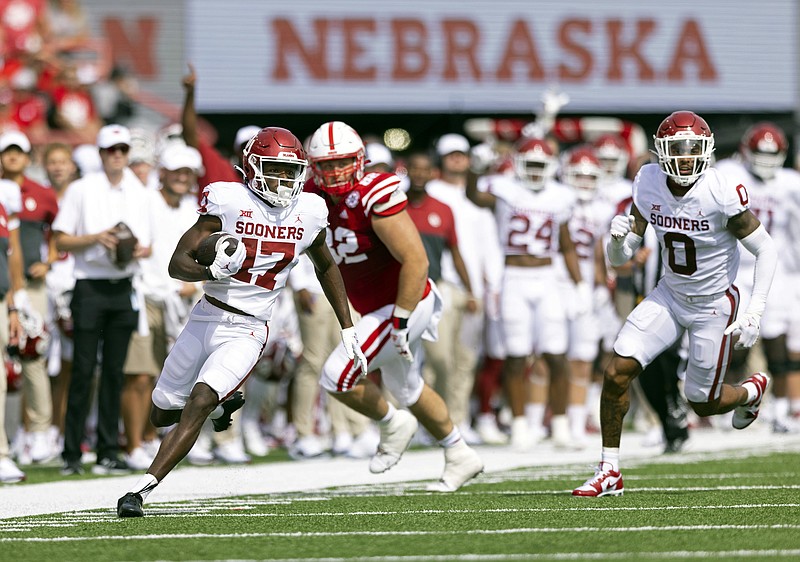 LINCOLN, Neb. -- When Saturday's Oklahoma-Nebraska game was scheduled 10 years ago, the intention was to celebrate what once was among college football's greatest rivalries.

It turned out to be further confirmation the Cornhuskers are just a shell of the program that decades ago battled the Sooners for conference titles year in and year out.

Dillon Gabriel threw for two touchdowns and ran for another, and sixth-ranked Oklahoma hammered Nebraska 49-14 in the Huskers' first game following the firing of Scott Frost.

Clayton Smith, who is a Texas High graduate, finished the game with four tackles for the Sooners.

The Huskers have lost 19 straight against Top 25 opponents and nine in a row against Bowl Subdivision teams.

Oklahoma scored 35 straight points after Nebraska opened the game with a six-play, 77-yard touchdown drive. The Huskers totaled just 71 yards on their next 37 plays in the first half and didn't score again until backup quarterback Chubba Purdy ran for a late touchdown.

Gabriel was 16 of 27 for 230 yards and turned things over to backup Davis Beville on the third series of the second half. The Sooners finished with 580 total yards, 312 on the ground.

Gabriel got the Sooners started with a career-long 61-yard touchdown run on a quarterback draw. "What sweet feet he had," Venables said.

Gabriel then threw a 25-yard pass to Jalil Farooq to put his team ahead. Marcus Major scored the next two TDs. The first score was a short run and the second on a trick play where Gabriel lateraled to tight end Brayden Willis, who lofted a 24-yard pass to the wide-open Major.

Eric Gray's 16-yard run made it 35-7 at half, and then the Sooners mostly kept it on the ground to chew up clock.

WACO, Texas -- Baylor quarterback Blake Shapen threw for a touchdown and scored on a fourth-down run as the 17th-ranked Bears beat Texas State 42-7.

Shapen had the game-turning play just before halftime when he faked a handoff to Reese and took off untouched for a 35-yard touchdown. That gave the Bears a 21-7 lead right after the Bobcats had gotten within a score.

MORGANTOWN, W.Va. -- Tony Mathis rushed for 104 yards and two touchdowns, CJ Donaldson ran for 101 yards and three scores, and West Virginia breezed to a 65-7 victory over Towson on Saturday.

On a day when West Virginia held a ceremony to honor some of its greatest offensive players, the Mountaineers put together their best showing in a year, although it didn't quite make up for opening the season with close losses to No. 23 Pittsburgh and Kansas.

West Virginia piled up 624 yards of offense, scored touchdowns on six of its seven first-half possessions and led its Championship Subdivision opponent 45-7 at halftime.

AMES, Iowa -- Hunter Dekkers threw for 268 yards and three touchdowns as Iowa State rolled past Ohio 43-10 and improved to 3-0 for the first time since 2012.

Dekkers completed 28 of 36 passes and ran for a touchdown.

The first-year starter now has thrown for eight touchdowns and 748 total yards.

K-State came into the game favored by two touchdowns.

The Green Wave stopped the Wildcats on fourth-and-short twice in the third quarter and again in the fourth.

K-State finished 1 for 5 on fourth down. It was Tulane's first road victory over a Power-5 conference school since beating Rutgers in 2010. Rutgers was part of the Big East that season. 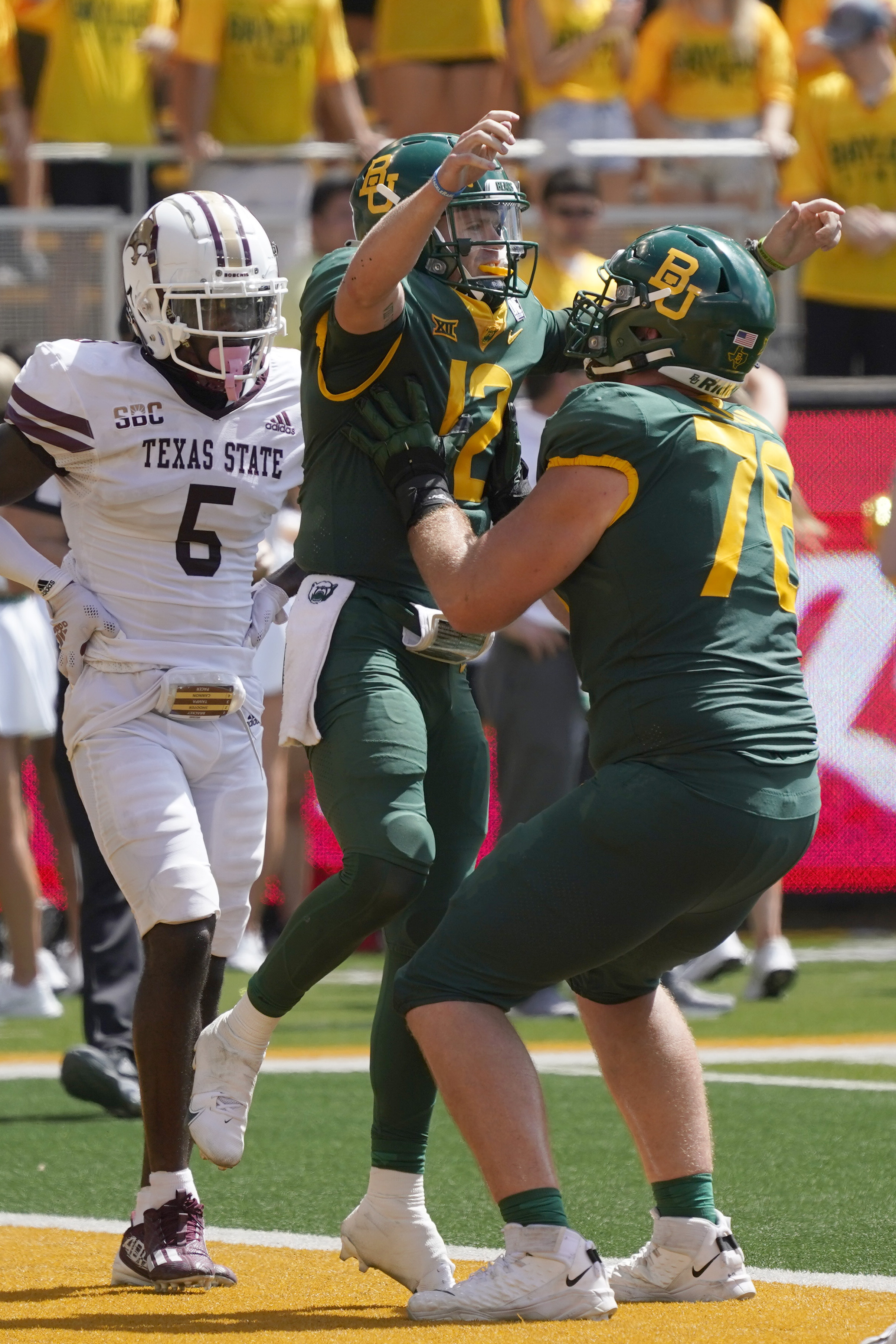