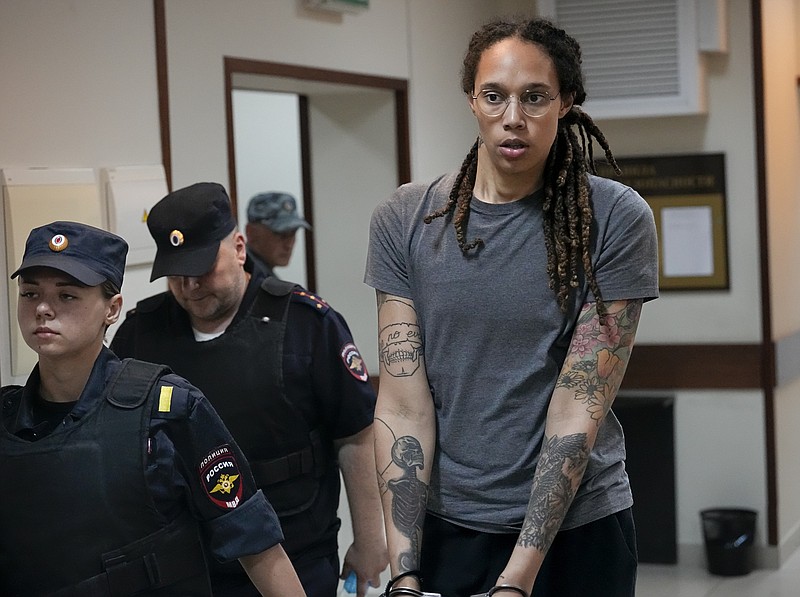 Russia hit back at the U.S. Monday over stalled negotiations on a prisoner swap involving WNBA star Brittney Griner and another jailed American, blaming it for the deadlock.

"We've repeatedly said that we're ready for talks to resolve the fate of convicted U.S. citizens in Russia and Russian citizens in the US," Foreign Ministry spokeswoman Maria Zakharova stated on her Telegram channel. "Instead of fulfilling their direct responsibility for maintaining contacts with diplomats in the host country, the US Embassy in Moscow is engaged in some crazy PR."

A spokesperson for the U.S. embassy didn't immediately respond to a request for comment.

President Joe Biden met at the White House on Friday with family members of Griner and former U.S. Marine Paul Whelan. The U.S. in August offered to exchange Griner, a two-time Olympic gold medalist, and Whelan for Viktor Bout, a Russian arms dealer known as the "merchant of death" who in 2012 was sentenced to 25 years in prison, and a second Russian also held in a US jail, according to a person with knowledge of the matter.

National Security Council spokesman John Kirby said Friday that the Russians had not responded to that offer.

Griner, a Phoenix Mercury star who played in Russia during the off-season, was arrested at a Moscow airport after customs officials said they found vape cartridges containing cannabis oil in her luggage. The arrest in February occurred shortly before Russia's invasion of Ukraine.

She pled guilty to drug possession and smuggling and a court sentenced her to nine years in prison. Griner's lawyers are appealing that sentence, which Biden has called "unacceptable." Whelan was jailed in Russia in 2020 on spying charges that he denies.

Russia would consider an exchange involving Vladislav Klyushin, a Kremlin insider with information relating to the hacking of Democratic Party servers during the 2016 presidential election, according to people in Moscow with knowledge of the matter. Russia asked to include in the swap deal Vadim Krasikov, a former official with links to the domestic spy agency convicted of murder in 2021 in Germany, people familiar with the matter in the U.S. said. 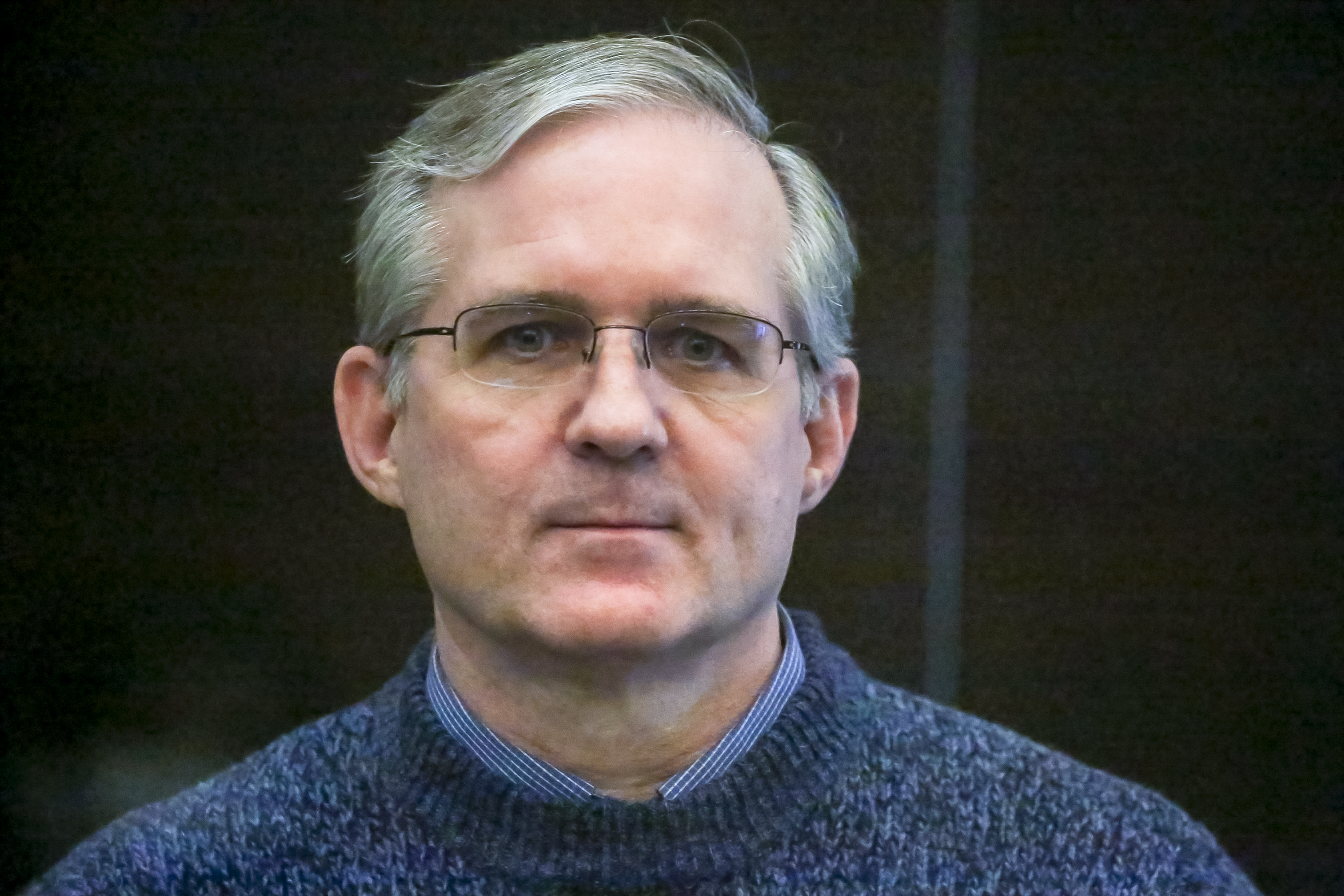 Paul Whelan, a former U.S. Marine who was arrested for alleged spying, listens to the verdict in a courtroom at the Moscow City Court on June 15, 2020, in Moscow. (Sofia Sandurskaya, Moscow News Agency photo via AP, File)