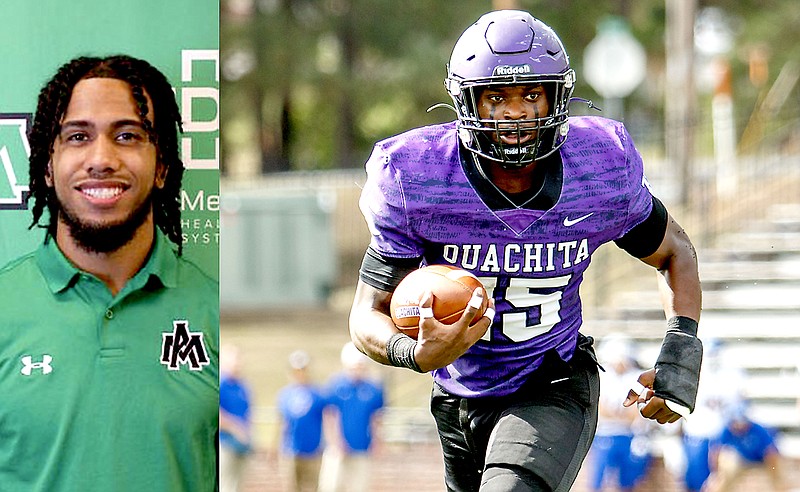 ARKADELPHIA, Ark. -- For a program that has a lot of winning tradition, it's no surprise that some records remain intact for long periods of time.

After 120 wins over the past 16 seasons, one of those records was finally broken last week when head coach Scott Maxfield became the winningest coach in Reddies history after a 37-27 victory over Arkansas-Monticello.

Maxfield surpassed Sporty Carpenter, who died in 1990 and was inducted into the Arkansas Sports Hall of Fame posthumously in 2002. He had won five Arkansas Intercollegiate Conference titles with Henderson State from 1971-1989, according to the Arkansas Democrat-Gazette.

Maxfield will look to extend his win record as Henderson State (3-0) takes on Southern Arkansas University (1-2) on Saturday in Magnolia, Arkansas. Kickoff is scheduled for 6 p.m.

Other Division II-III games to watch:

Ouachita Baptist (3-0) is unbeaten so far this season and it's no surprise with Pleasant Grove graduate TJ Cole at running back.

Cole has been an automatic first down every time he touches the ball, rushing for 489 yards on 46 attempts -- 10.6 average -- and five touchdowns for the Tigers. He is averaging 163 yards rushing each game.

Prescott graduate Jacobi Nolen, who plays linebacker, enters the contest with 10 tackles and one fumble recovery. Teammate jason Jackson, a defensive back from DeKalb, Texas, has two tackles.

Whitt Sparks, another DeKalb native, and Gaylon Williams are offensive lineman for the Tigers and Omarion Dickens of Prescott, Arkansas, is playing defensive back.

Harding (3-0) also comes into the contest unbeaten and has cruised in all three of its matchups.

Texarkana, Texas' Chauncey Martin is one of the Bisons' running backs and has rushed for 44 yards on just five tries. Pleasant Grove's Austin Toler, who is an offensive lineman, and defensive back Reese Elrod are also on the roster.

University of Arkansas at Monticello vs Arkansas Tech

Former Liberty-Eylau wide receiver Isaiah Cross caught three passes for 79 yards and a touchdown in the loss. For the season, he has eight catches, 214 yards -- 26.75 average -- and one score.

Keyvuntae Featherson, a Texas High graduate who plays defensive back, has one tackle for the Boll Weevils.

Hunger Grims of Prescott, Arkansas, is an offensive lineman on the roster.

UA-Monticello holds an all-time 6-5 record against the Wonder Boys.

East Texas Baptist University (1-1) is looking to avenge last year's loss when they travel to Brownwood, Texas, on Saturday to take on Howard Payne University.

The Tigers have a 13-8 record against HPU.

Hendrix (1-2) comes into this weekend looking to even its overall record against Trinity (Texas) after the Tigers came away with a 62-13 win and take a 2-3 edge in the matchup.

The Warriors have three Texarkana region players playing on defense, with defensive back Tate Hooper of Ashdown, Arkansas, linebacker Connor Samples of Atlanta, Texas and defensive back Kearon Brown of Hope, Arkansas.

On offense, Foreman graduate Quincy Johnson suits up for the Warriors at wide receiver.

Hooper leads the area players on the team with six tackles and has a pass breakup. Brown has three tackles and Samples has recorded two tackles.

Northeastern State (0-3) is looking to get into the win column this week against Lincoln University of Missouri, a team they defeated 49-48 last season.

Former Arkansas High defensive standouts Christian Torres and Rickie Williams are both on the roster.

Oklahoma Baptist University (1-2) will travel to Shawnee, Oklahoma, to take on Southwestern.

Johnny Murphy, a 6-2, 300-pound offensive lineman, suits up for the Bison and is an Arkansas High graduate.

Southern Nazarene (0-3) is looking for its first win and will travel to Durant, Oklahoma, to face off against Southeastern Oklahoma State.

Pleasant Grove graduate Cameron Wells has recorded seven tackles, two pass breakups and has blocked a kick so far this season for the Storm.