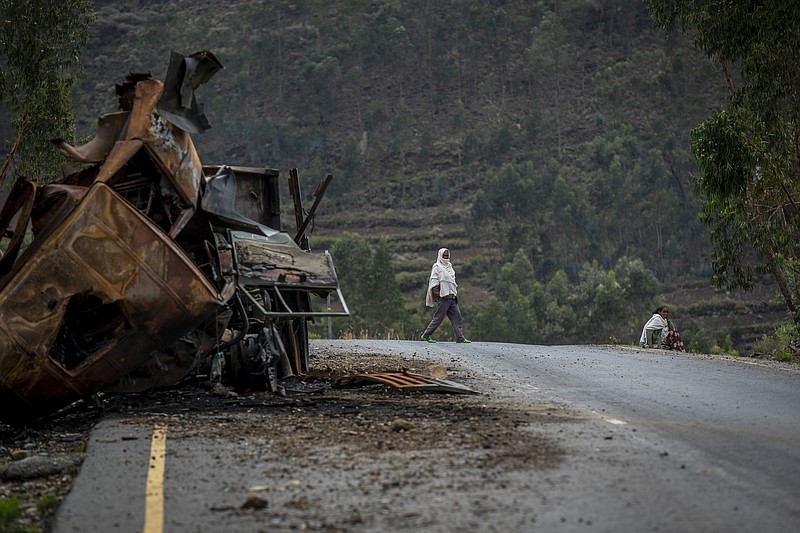 FILE - A man crosses near a destroyed truck on a road leading to the town of Abi Adi, in the Tigray region of northern Ethiopia on May 11, 2021. A spokesman for Tigrayan authorities said Tuesday, Sept 20, 2022 that Eritrea had launched a full-scale offensive along the country's border with northern Ethiopia. (AP Photo/Ben Curtis, File)

KAMPALA, Uganda -- Eritrea on Tuesday launched a full-scale offensive along the country's border with northern Ethiopia in what appeared to be an escalation of last month's renewal of fighting against Tigray forces. Tigrayan authorities in turn told their people to get ready for war.

The Eritreans are fighting alongside Ethiopian federal forces, including commando units, as well as allied militia, according to Tigray spokesman Getachew Reda.

"Eritrea is deploying its entire army as well as reservists. Our forces are heroically defending their positions," he tweeted.

Later Tuesday, Tigrayan authorities, in a statement citing the region's "existential challenge," asked their people to make themselves "fully available for the all-round war we are waging to spoil our enemies' dreams and aspirations once and for all."

A humanitarian worker in the northern Ethiopian town of Adigrat told The Associated Press that Eritrean forces were shelling the surrounding areas. The worker spoke on the condition of anonymity because of safety fears.

It was not immediately possible to obtain comment from authorities in Ethiopia or Eritrea, which lies north of Tigray.

Britain and Canada issued travel advisories last week telling their citizens in Eritrea to be vigilant after authorities there called up citizens to report for military duty.

The war in Tigray is estimated to have killed tens of thousands of people and left millions without basic services for well over a year.

Eritrean forces fought on the side of Ethiopian federal troops in Tigray when war started in November 2020. Eritrean forces were implicated in some of the worst atrocities committed in the conflict -- charges they deny. The war reignited in August after a lull in fighting earlier this year.

The U.S. envoy to the Horn of Africa told reporters Tuesday that Washington has been tracking Eritrean troop movements across the border.

"They are extremely concerning, and we condemn it," Mike Hammer said of the troop movements. "All external foreign actors should respect Ethiopia's territorial integrity and avoid fueling the conflict."

He reiterated a call for the warring sides to enter into talks saying that "there is no military solution to the conflict."

Inside Tigray now, millions of residents are still largely cut off from the world. Communications and banking services are severed, and their restoration has been a key demand in mediation efforts.

The full-blown entry of Eritrea into the Tigray war looks set to complicate any peace efforts between Tigrayan leaders and Ethiopian Prime Minister Abiy Ahmed, who mended ties with Eritrea as soon as he rose to power in 2018.

But that rapprochement was viewed suspiciously by Tigrayan authorities, for whom Eritrean President Isaias Afwerki remains a foe two decades after Ethiopia and Eritrea fought a bloody border war. 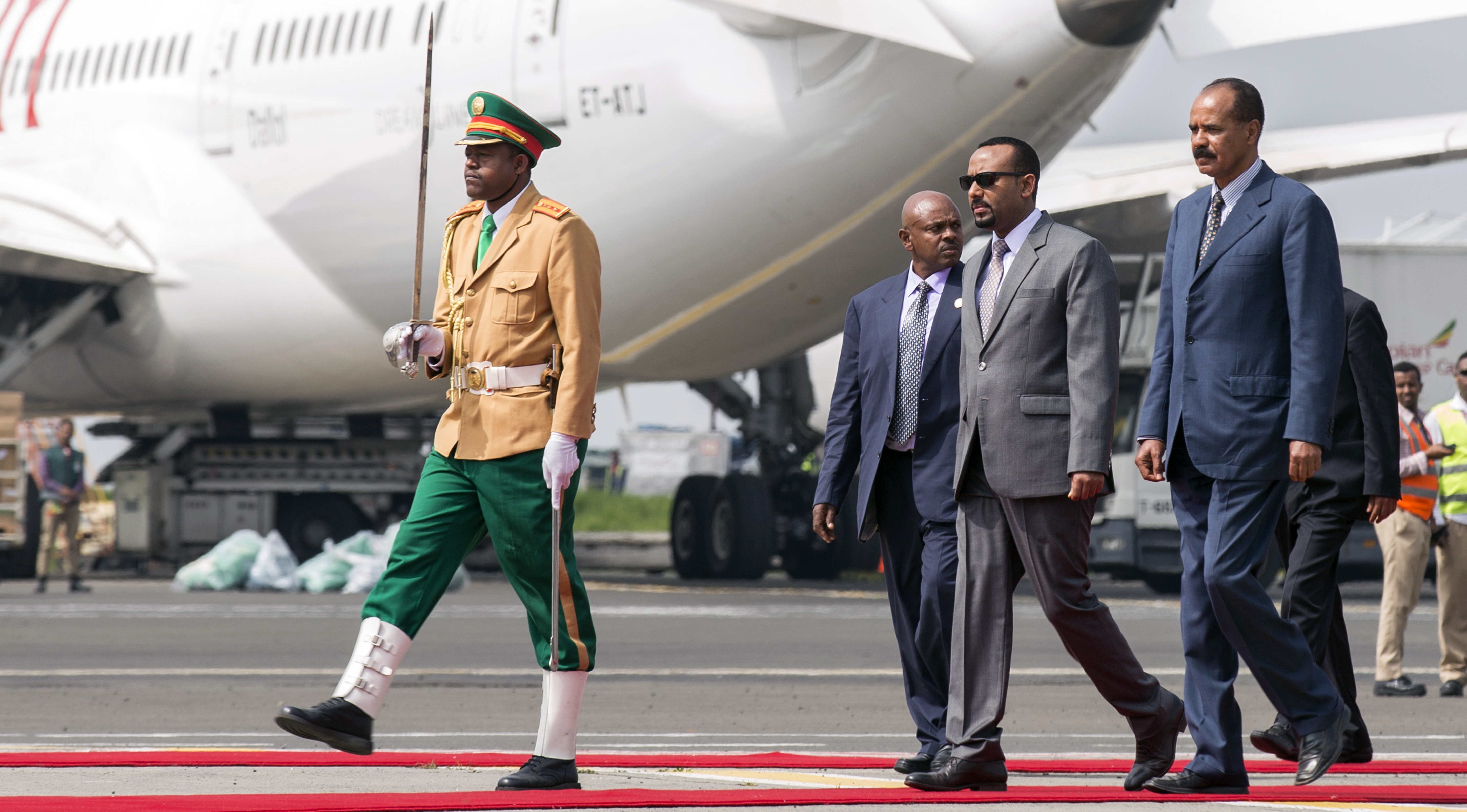