How to change minds? A study makes the case for talking it out 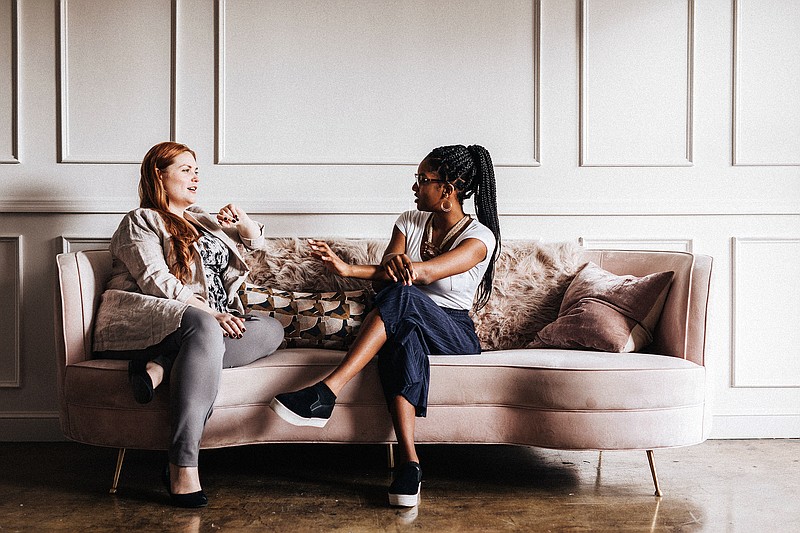 Co-workers stuck on a Zoom call, deliberating a new strategy for a crucial project. Roommates at the kitchen table, arguing about how to split utility bills fairly. Neighbors at a city meeting, debating how to pay for street repairs.

We've all been there -- in a group, trying our best to get everyone on the same page. It's arguably one of the most important and common undertakings in human societies. But reaching agreement can be excruciating.

"Much of our lives seem to be in this sort of Rashomon situation; people see things in different ways and have different accounts of what's happening," said Beau Sievers, a social neuroscientist at Dartmouth College.

A few years ago, Sievers devised a study to improve understanding of how exactly a group of people achieves a consensus and how their individual brains change after such discussions. The results, recently published online but not yet peer-reviewed, showed that a robust conversation that results in consensus synchronizes the talkers' brains -- not only when thinking about the topic that was explicitly discussed, but related situations that were not.

The study also revealed at least one factor that makes it harder to reach accord: a group member whose strident opinions drown out everyone else.

"Conversation is our greatest tool to align minds," said Thalia Wheatley, a social neuroscientist at Dartmouth College who advises Sievers. "We don't think in a vacuum, but with other people."

Sievers designed the experiment around watching movies because he wanted to create a realistic situation in which participants could show fast and meaningful changes in their opinions. But he said it was surprisingly difficult to find films with scenes that could be viewed in different ways. "Directors of movies are very good at constraining the kinds of interpretations that you might have," he said.

Reasoning that smash hits typically did not offer much ambiguity, Sievers focused on films that critics loved but did not bring blockbuster audiences, including "The Master," "Sexy Beast" and "Birth," a 2004 drama in which a mysterious young boy shows up at a woman's engagement party.

None of the study's volunteers had seen any of the films before. While lying in a brain scanner, they watched scenes from the various movies without sound, including one from "Birth" in which the boy collapses in a hallway after a tense conversation with the elegantly dressed woman and her fiance.

After watching the clips, the volunteers answered survey questions about what they thought had happened in each scene. Then, in groups of three to six people, they sat around a table and discussed their interpretations, with the goal of reaching a consensus explanation.

All of the participants were students in the same master of business administration program, and many of them knew one another to varying degrees, which made for lively conversations reflecting real-world social dynamics, the researchers said.

After their chats, the students went back into the brain scanners and watched the clips again, as well as new scenes with some of the same characters. The additional "Birth" scene, for example, showed the woman tucking the little boy into bed and crying.

The study found that the group members' brain activity -- in regions related to vision, sound, attention, language and memory, among others -- became more aligned after their conversation. Intriguingly, their brains were synchronized while they watched the scenes they had discussed, as well as the novel ones.

Groups of volunteers came up with different interpretations of the same movie clip. Some groups, for example, thought the woman was the boy's mother and had abandoned him, whereas others thought they were unrelated. Despite having watched the same clips, the brain patterns from one group to another were meaningfully different, but within each group, the activity was far more synchronized.

The results have been submitted for publication in a scientific journal and are under review.

"This is a bold and innovative study," said Yuan Chang Leong, a cognitive neuroscientist at University of Chicago who was not involved in the work.

The results jibe with previous research showing people who share beliefs tend to share brain responses. For example, a 2017 study presented volunteers with one of two opposite interpretations of "Pretty Mouth and Green My Eyes," a short story by J.D. Salinger. The participants that had received the same interpretation had more aligned brain activity when listening to the story in the brain scanner.

And in 2020, Leong's team reported that when watching news footage, brain activity in conservatives looked more like that in other conservatives than that in liberals, and vice versa.

The new study "suggests that the degree of similarity in brain responses depends not only on people's inherent predispositions but also the common ground created by having a conversation," Leong said.

The experiment also underscored a dynamic familiar to anyone who has been steamrollered in a work meeting: An individual's behavior can drastically influence a group decision. Some of the volunteers tried to persuade their groupmates of a cinematic interpretation with bluster, by barking orders and talking over their peers. But others -- particularly those who were central players in the students' real-life social networks -- acted as mediators, reading the room and trying to find common ground.

The groups with blowhards were less neurally aligned than were those with mediators, the study found. Perhaps more surprising, the mediators drove consensus not by pushing their own interpretations but by encouraging others to take the stage and then adjusting their own beliefs -- and brain patterns -- to match the group.

"Being willing to change your own mind, then, seems key to getting everyone on the same page," Wheatley said.

Because the volunteers were eagerly trying to collaborate, the researchers said that the study's results were most relevant to situations, like workplaces or jury rooms, in which people are working toward a common goal.

But what about more adversarial scenarios, in which people have a vested interest in a particular position? The study's results might not hold for a person negotiating a raise or politicians arguing over the integrity of our elections. And for some situations, like creative brainstorming, groupthink may not be an ideal outcome.

"The topic of conversation in this study was probably pretty 'safe,' in that no personally or societally relevant beliefs were at stake," said Suzanne Dikker, a cognitive neuroscientist and linguist at New York University, who was not involved in the study.

Future studies could zero in on brain activity during consensus-building conversations, she said. This would require a relatively new technique, known as hyperscanning, which can simultaneously measure multiple people's brains. Dikker's work in this arena has shown that personality traits and conversational dynamics like taking turns can affect brain-to-brain synchrony.

Wheatley agreed. The neuroscientist said she has long been frustrated with her field's focus on the isolated brain.

"Our brains evolved to be social; we need frequent interaction and conversation to stay sane," she said. "And yet, neuroscience still putters along, mapping out the single brain as if that will achieve a deep understanding of the human mind. This has to, and will, change."

Print Headline: How to change minds? A study makes the case for talking it out