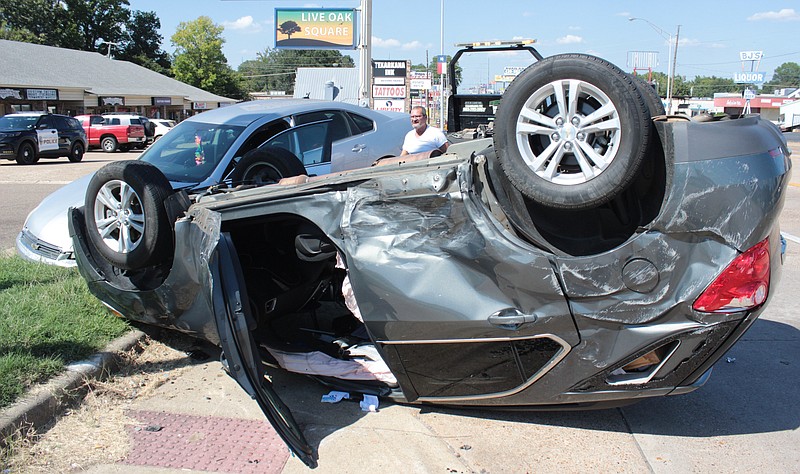 TEXARKANA, Texas -- A Chevrolet Equinox rests on its roof after a collision with a Chevrolet Impala, background, Tuesday afternoon at West 38th Street and North State Line Avenue.

The vehicles were traveling south on State Line when the driver of the Equinox turned right from the inside lane into the path of the Impala, which was in the outside lane, according to Shawn Vaughn, police spokesman. The Impala hit the rear passenger side of the SUV, causing it to flip.

There were no passengers in either vehicle.