Saints' Allen disappointed by rash of late errors in Week 2 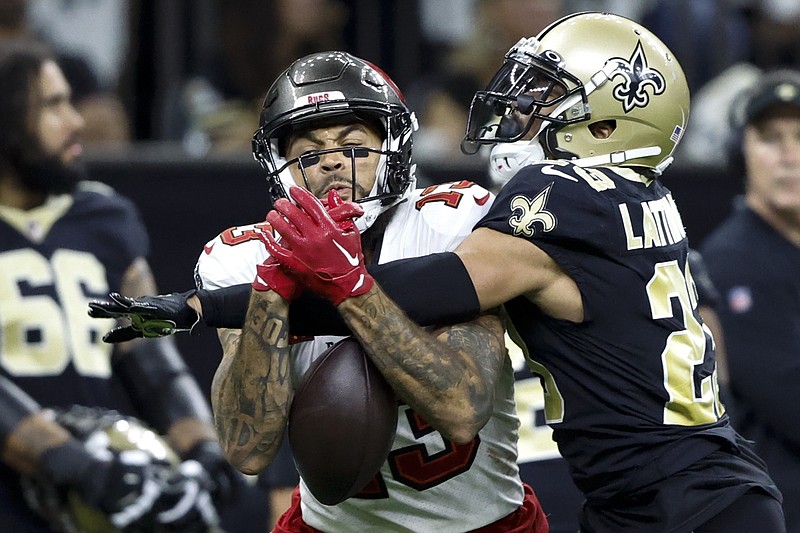 Circumstances can change dramatically from week to week in the NFL, and the Saints are looking for a little more consistency.

"The first week of the season, you're encouraged by the never-give-up grittiness of your team, and then the next week just (disappointed by) the mistakes that we made in a game that was contested," first-year coach Dennis Allen said Monday. "There's some good things that happened in the game, but all of it gets overshadowed by the five turnovers."

Four of the turnovers occurred in the fourth quarter -- three of them interceptions thrown by Jameis Winston. The first turnover came late in the third quarter as the Saints were trying to take the lead. Mark Ingram fumbled at the Tampa Bay 11-yard line.

Then came the fourth quarter and a dead-ball scuffle resulting in the ejections of Buccaneers star receiver Mike Evans and Saints top cornerback Marshon Lattimore. The game was tied at 3 when that took place, but the Buccaneers scored the next 17 points before New Orleans responded with a late TD pass to Michael Thomas in a 20-10 loss.

Allen said while he's not sure if the skirmish dramatically changed the game, Lattimore's ejection hurt New Orleans' defense, which was already without injured starting cornerback Paulson Adebo.

Allen said he and Lattimore "had a conversation, and he understands that he can't retaliate -- and that's something that teams in this league are going to continue to try him on."

But Allen also felt Tampa Bay deserved a lot of credit for how it played.

"Defensively, they played a heck of a game," Allen said. "They made it really challenging for us, made us have to go the long, hard way. We didn't get a lot of explosive plays down the field."

Winston was playing with a back injury that the Saints have portrayed as not serious enough to substantially degrade his performance or pose a further health risk. Allen said he never considered replacing Winston with backup Andy Dalton.

One of Winston's deep incomplete passes traveled 60 yards in the air, and teammates said they didn't think Winston's injury was a major issue.

"We knew he could play through it. We know he's a tough guy," tight end Juwan Johnson said. "Everybody's dealing with something during the season, whether it's a back or an ankle. ... His back didn't have anything to do with it. We just didn't make enough plays."

After struggling to stop the run in Week 1, the Saints' defense returned to its elite form of a season ago, allowing 72 yards on 30 rushes, an average of 2.4 yards.

"We make the corrections we needed to make," Allen said. "We played a defensive game more similar to the standard we expect around here."

Through two games, the Saints' offense has played well for essentially one quarter -- the fourth at Atlanta in Week 1, when it scored 17 points. During the other seven quarters, New Orleans has scored 20 points and has been below average on third-down conversions. Prior to Monday night's games, the Saints were tied for 24th in the NFL in third-down efficiency, converting 30.8%, and 29th in sacks allowed per pass attempt. Winston has been sacked 10 times.

Offensive coordinator Pete Carmichael, who'd worked alongside previous coach Sean Payton since 2006, "has a great game plan," Johnson said. "I just think it's us executing. It's nothing different from what we've been doing for a long time now."

Lattimore's performance through the first three quarters helped keep Tampa Bay out of the end zone. In the first series after Lattimore was ejected, the Bucs drove for their first TD and took the lead for good.

Winston's three interceptions in the final 12 minutes matched his total from the seven games he started in 2021 before his season-ending knee injury.

While the Saints appeared to avoid significant injuries during the game, they were disappointed dynamic running back Alvin Kamara was unable to play because of his rib injury. Kamara was a late scratch after being listed as questionable.

"We were holding out hope all the way to the very end," Allen said. "He's feeling a little bit better today. We'll see."

1: Total sacks by the Saints' defense through two games.

"I don't see it as an issue," Allen said, noting that Tampa Bay's Tom Brady avoided sacks with quick, short passes. "They were five of 17 on third down. So, although we'd love to have a ton of sacks, the ultimate goal is to get off the field and get the ball back for your offense and I thought overall we did a pretty good job of that."

After stumbling in their home opener and losing for the sixth time in their last eight games in the Superdome, the Saints head back on the road to Carolina, and then go straight from there to London, where they will play Minnesota in Week 4. 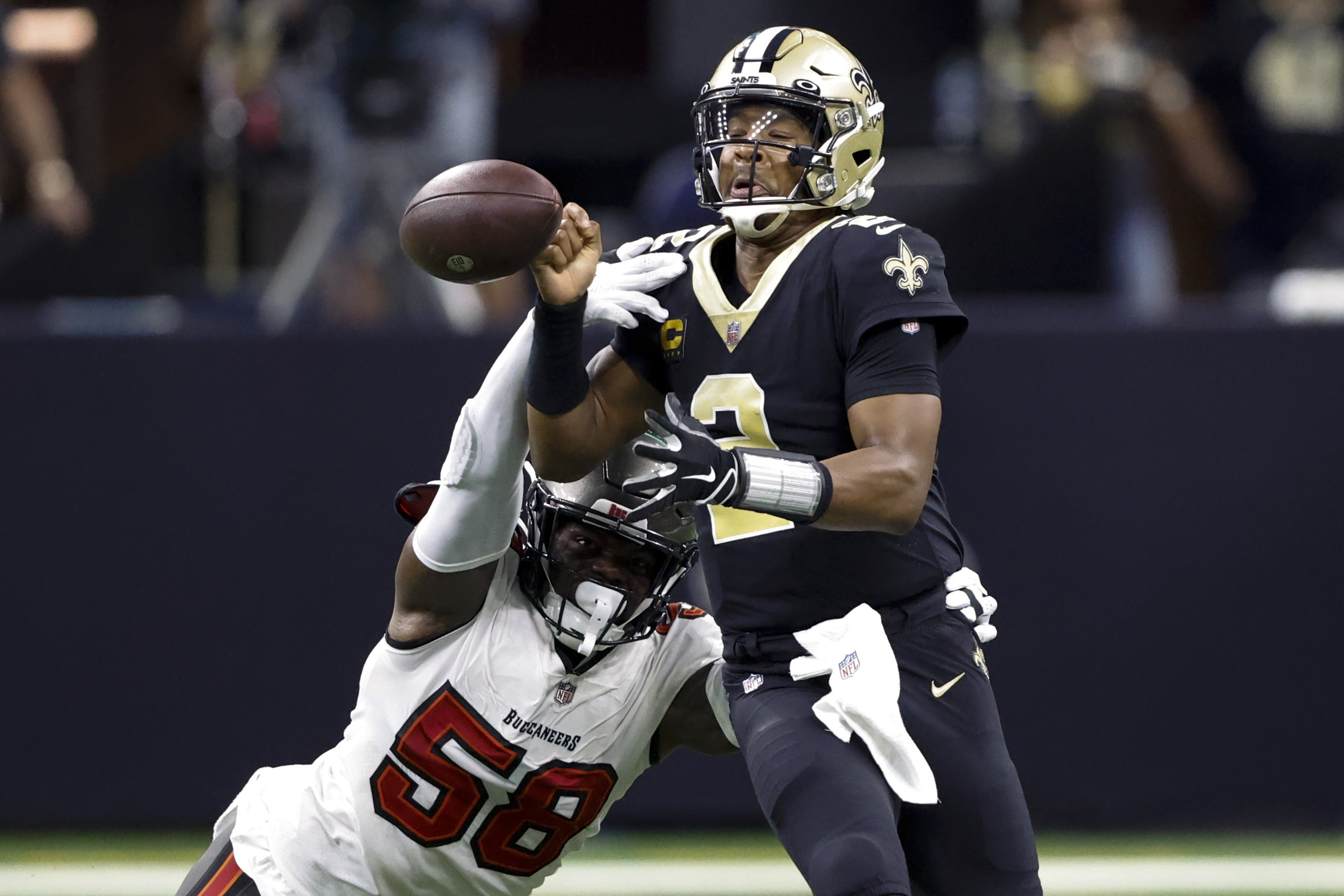 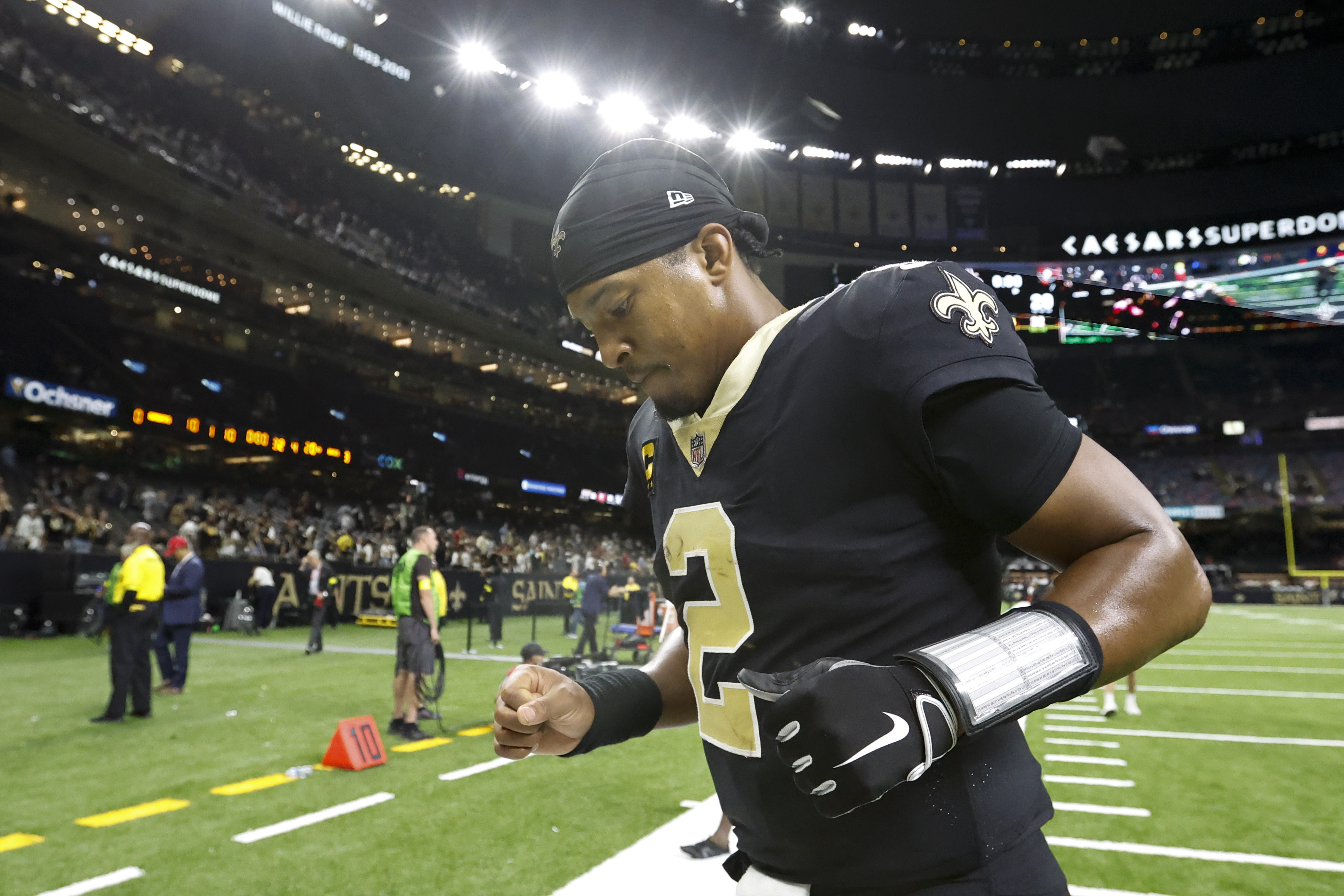