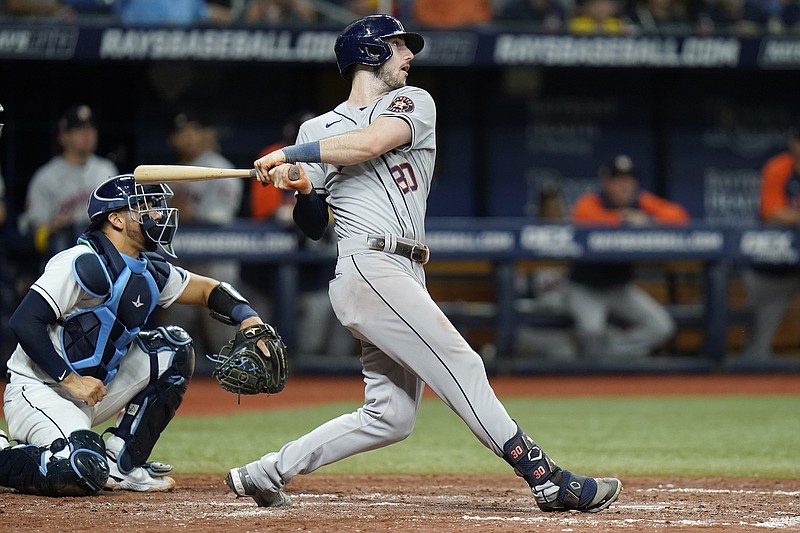 Houston second baseman Jose Altuve was hit on the left elbow by Corey Kluber's pitch in the fifth and left one inning later with elbow discomfort. He was replaced by Mauricio Dubón.

Both Tucker and McCullers went to high school in nearby Tampa, Florida.

The announced attendance for the series was 28,675, including 9,293 on Wednesday. The Rays have the major's third lowest attendance this season overall despite entering the day in position to be the AL's second wild card.

The Astros, 10-1 over their last 11 games, blanked Tampa Bay in the first two games of the series, winning 4-0 Monday and 5-0 on Tuesday.

After Martin Maldonado hit a solo homer in the top of the ninth, Ryan Pressly worked the bottom half to get his 30th save in 34 chances.

Kluber allowed one run and six hits over seven innings for the Rays, who are battling with Toronto and Seattle for the top AL wild card spot.

After Aledmys Díaz got his second RBI of the game on a single that barely got through a draw-in infield, Tucker drilled his 29th homer into the right-center field stands off Brooks Raley (1-2). He has 102 RBIs this year.

Isaac Paredes gave the Rays their first lead in the series, at 2-1, when he opened the seventh with his 20th homer.

Tampa Bay stopped its 25-inning scoreless stretch on David Peralta's fielder's choice grounder in the sixth. His hard-hit ball, a potential inning-ending double-play grounder with runners on the corners, handcuffed Dubón, who got the out at first.

Díaz put the Astros ahead 1-0 with an RBI single in the first.

Injured Tampa Bay CF Kevin Kiermaier was the third man in the Rays TV booth. Kiermaier is out for the season following left hip surgery.

Astros: 3B Alex Bregman had the day off.

Rays: Ace Shane McClanahan, lifted from Tuesday night's game in the fifth inning due to neck tightness, said he is ready for his next start Sunday. ... RHP Tyler Glasnow (Tommy John surgery) is scheduled to make his third and possibly final start with Triple-A Durham on Friday night. RHP Dustan Knight, recalled from Durham Wednesday, said Glasnow has looked like a guy "who is ready to go out and pitch the seventh game of the World Series." ... Reliever Jalen Beeks (lower right leg tightness) went on the 15-day IL. 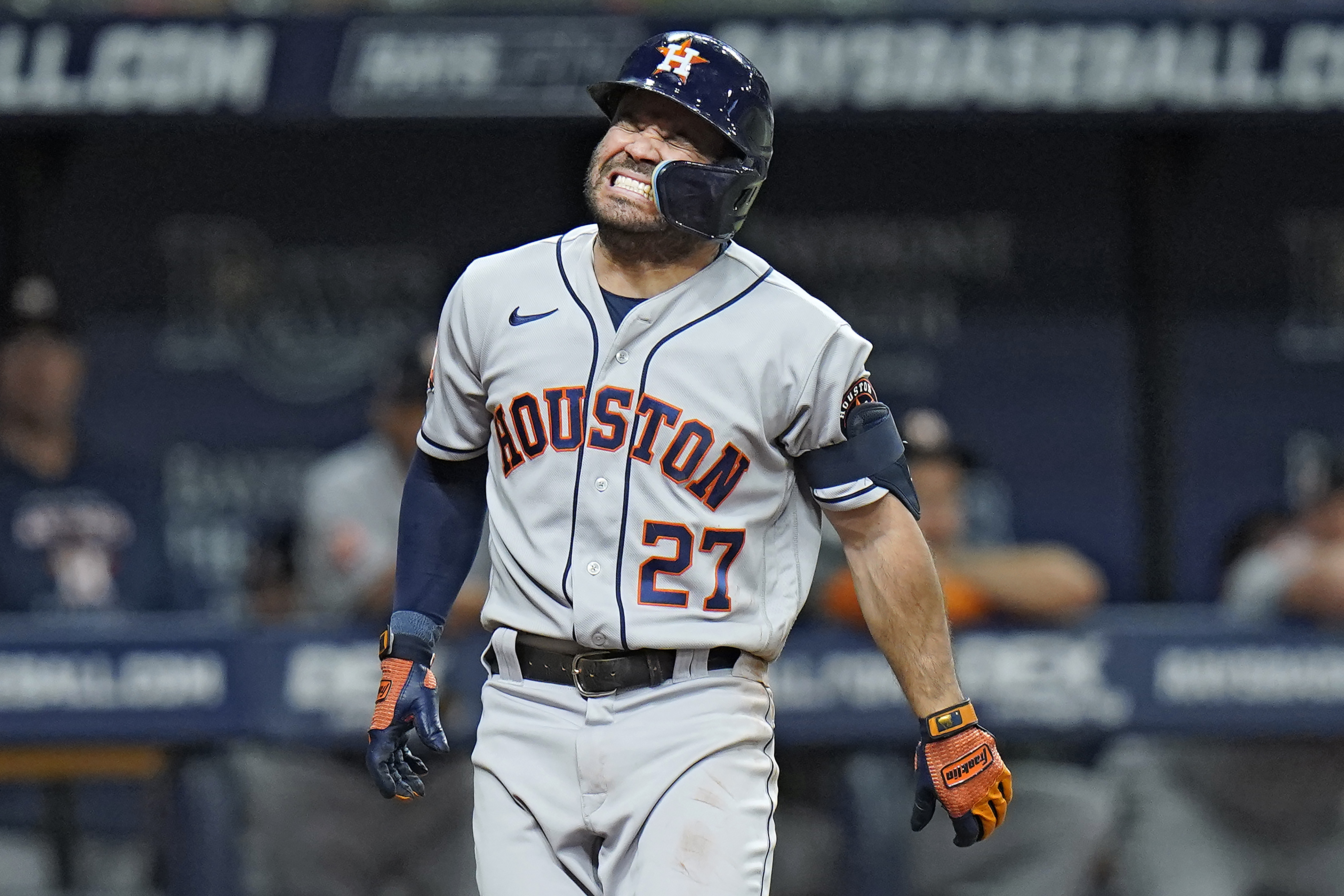 Houston Astros' Jose Altuve grimaces in pain after getting hit by a pitch from Tampa Bay Rays starting pitcher Corey Kluber during the fifth inning of a baseball game Wednesday, Sept. 21, 2022, in St. Petersburg, Fla. Altuve remained in the game. (AP Photo/Chris O'Meara) 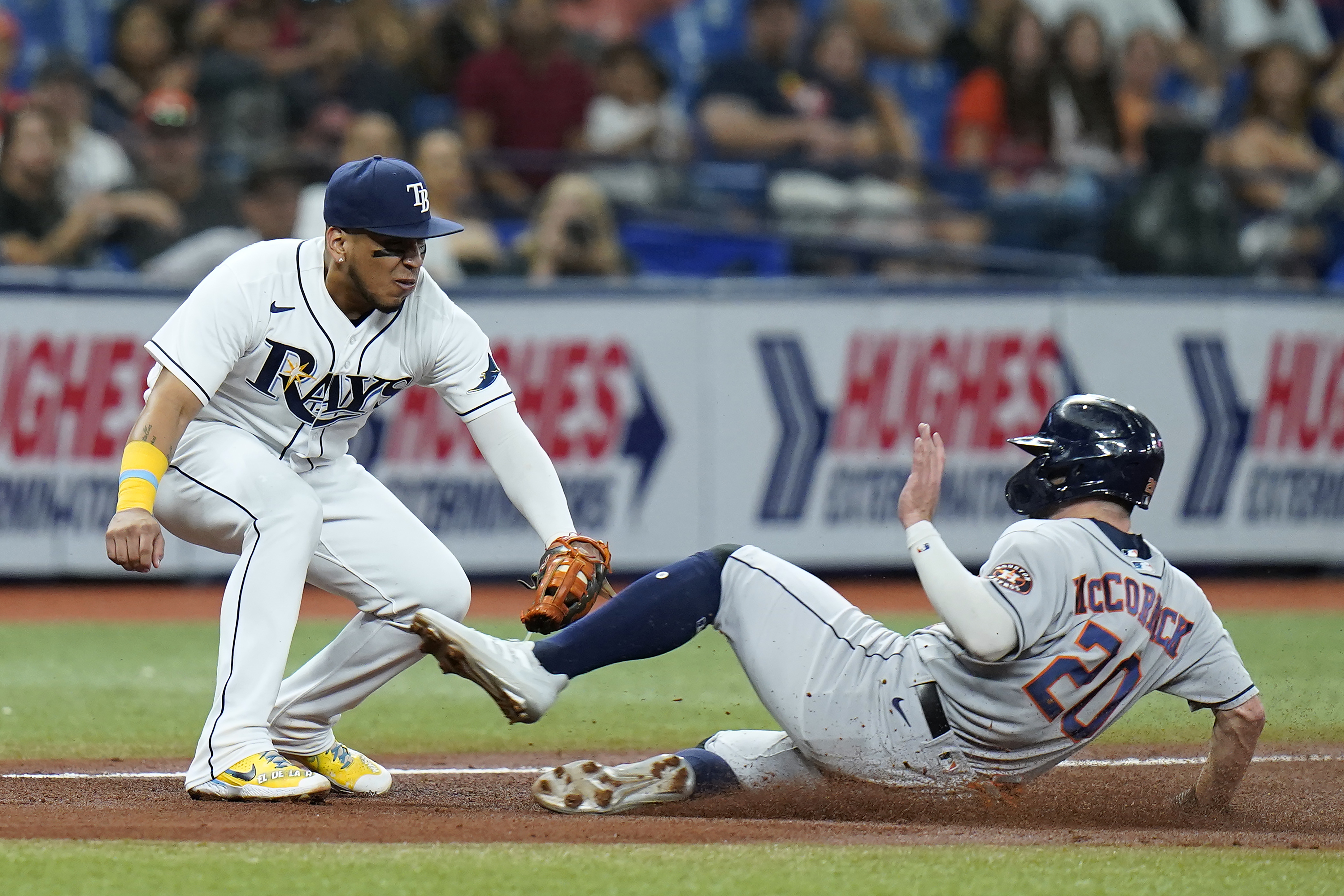 Tampa Bay Rays third baseman Isaac Paredes tags out Houston Astros' Chas McCormick (20) at third base during the fifth inning of a baseball game Wednesday, Sept. 21, 2022, in St. Petersburg, Fla. McCormick tried to go from first base to third on a single by Martin Maldonado. (AP Photo/Chris O'Meara) 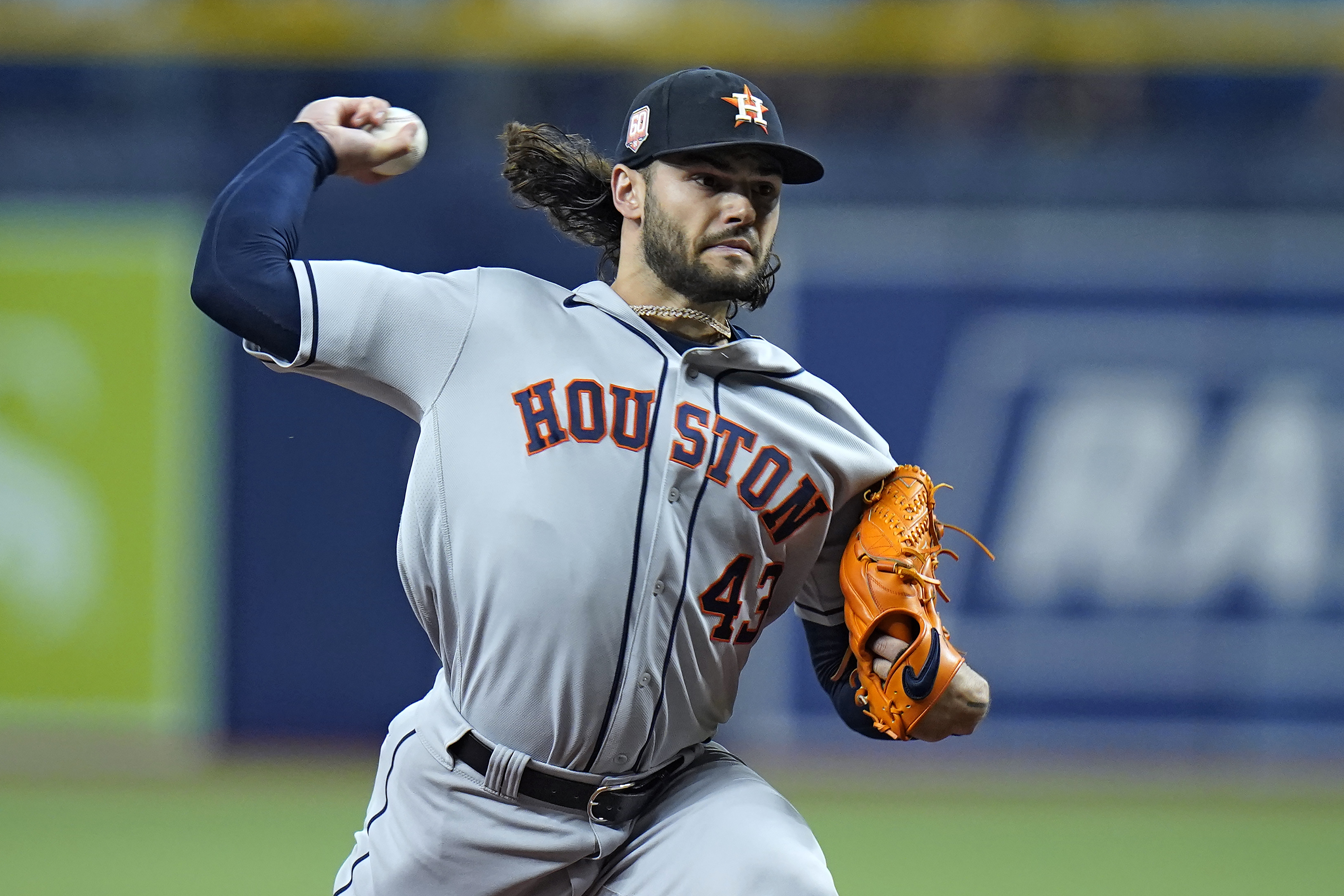 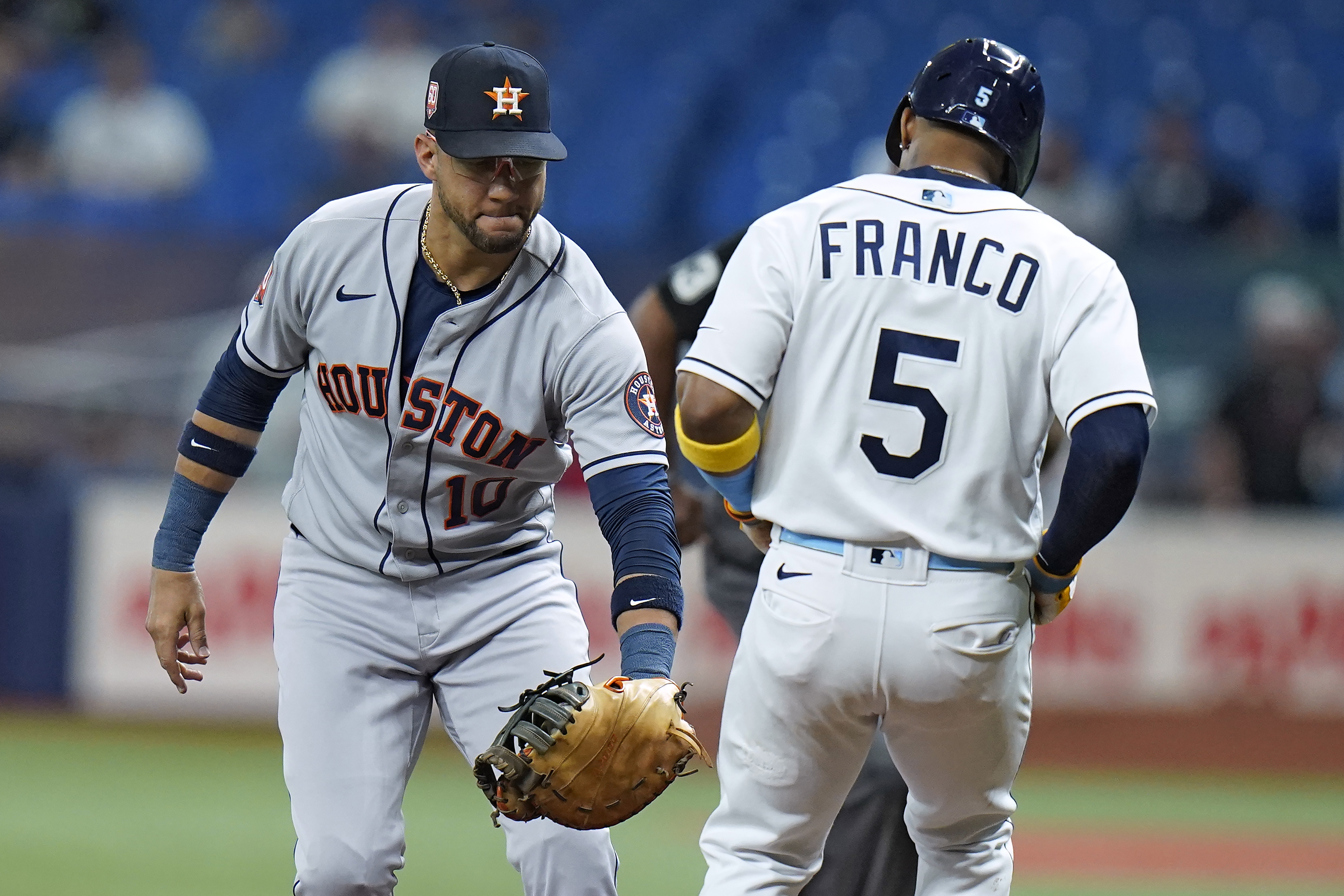 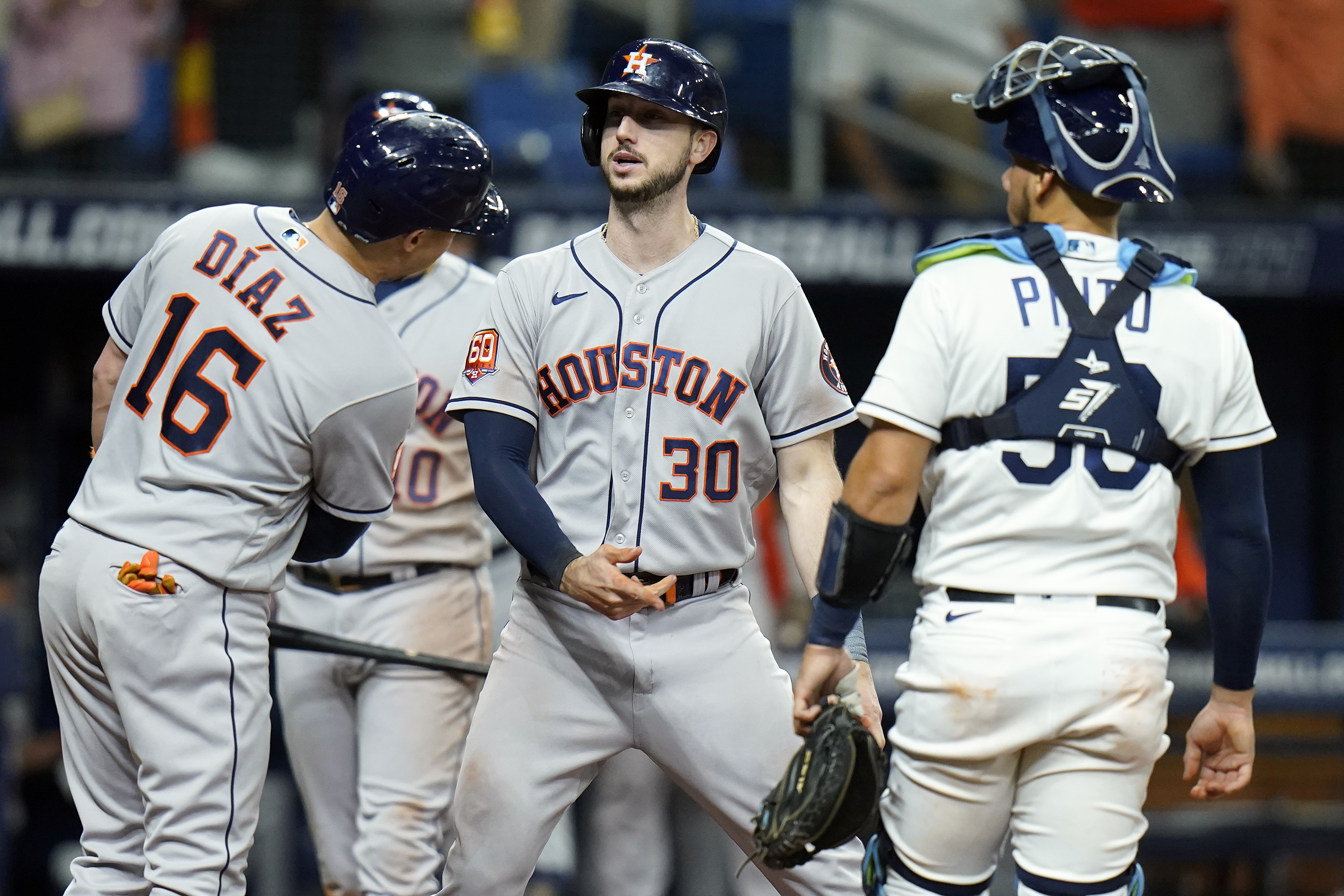 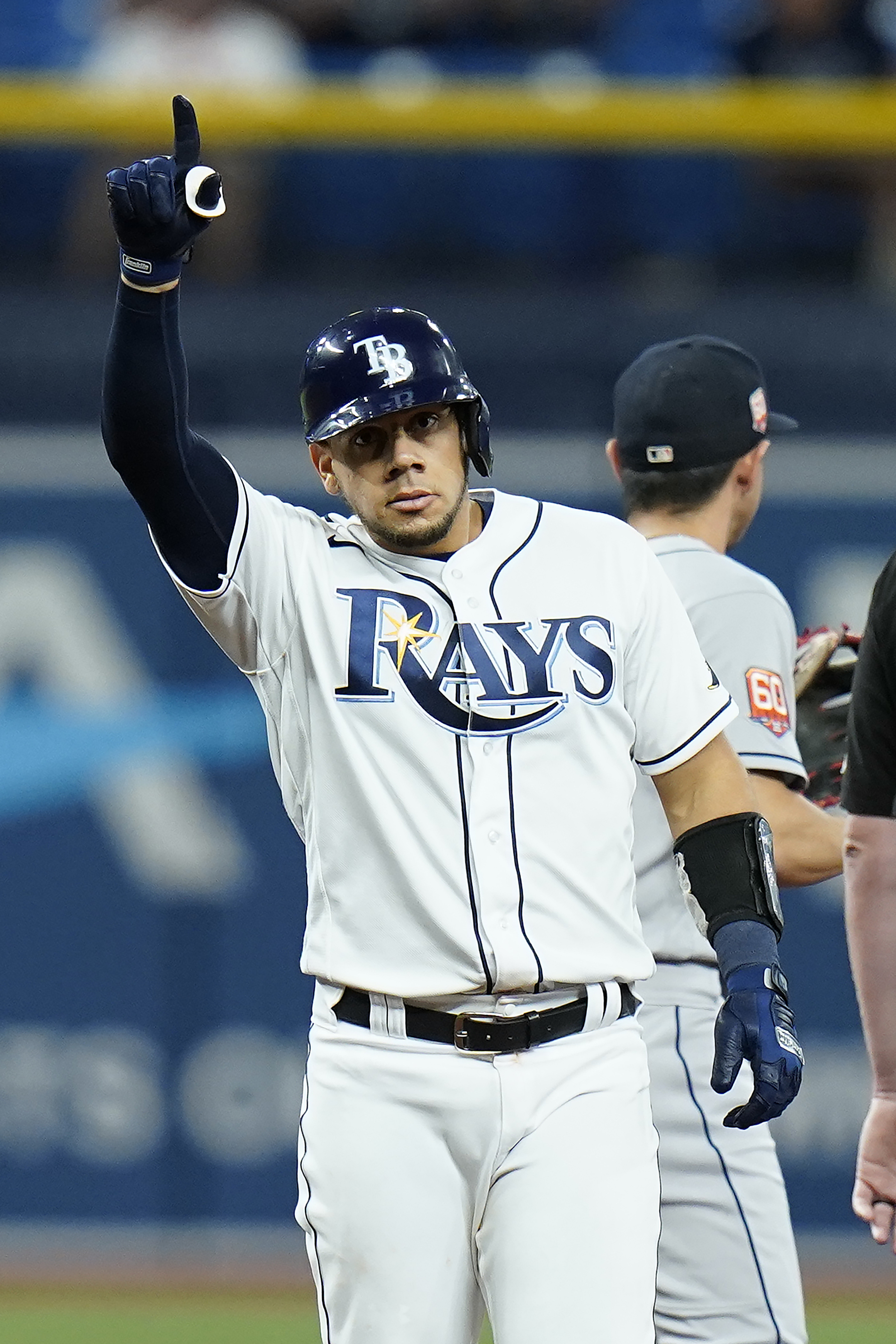 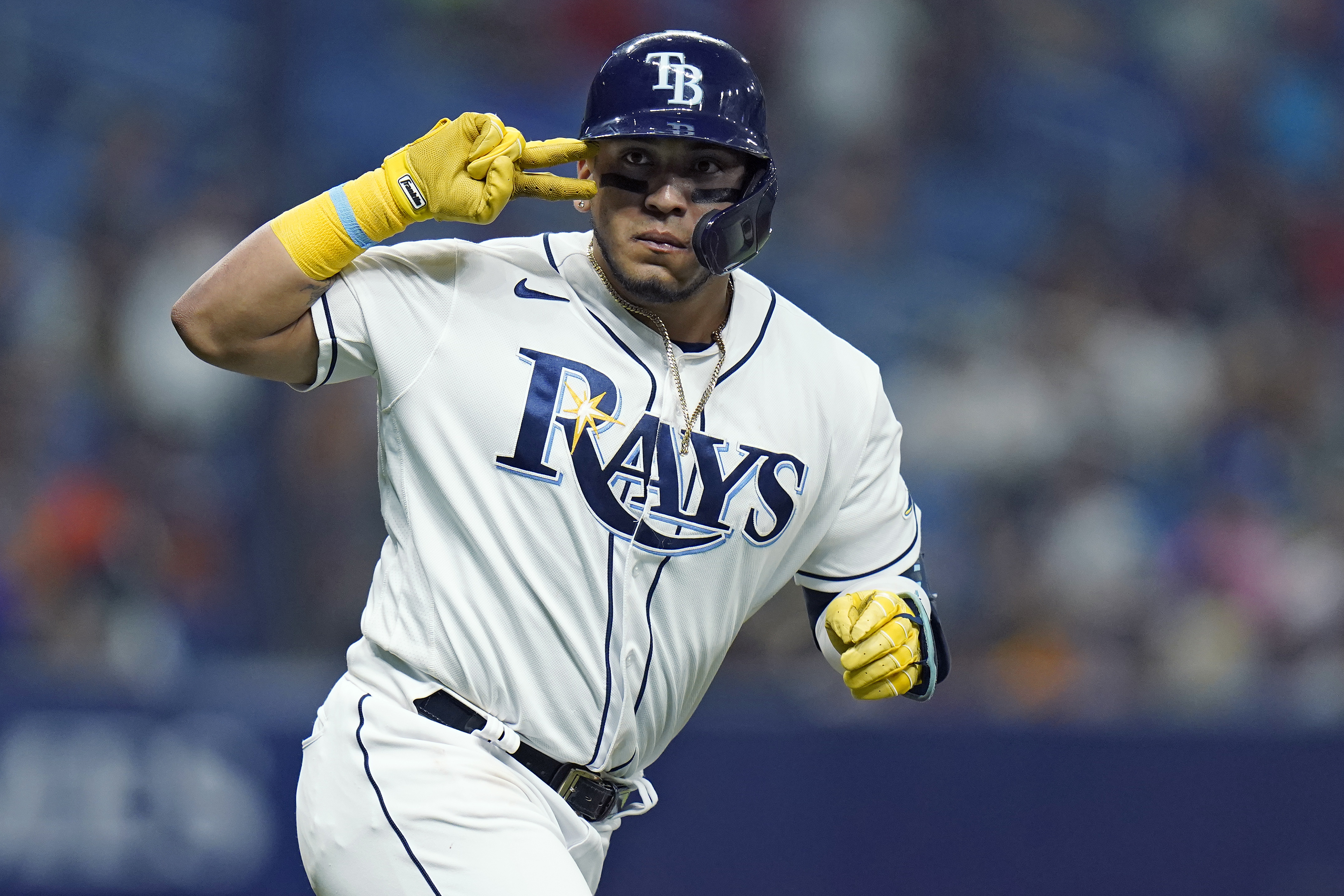