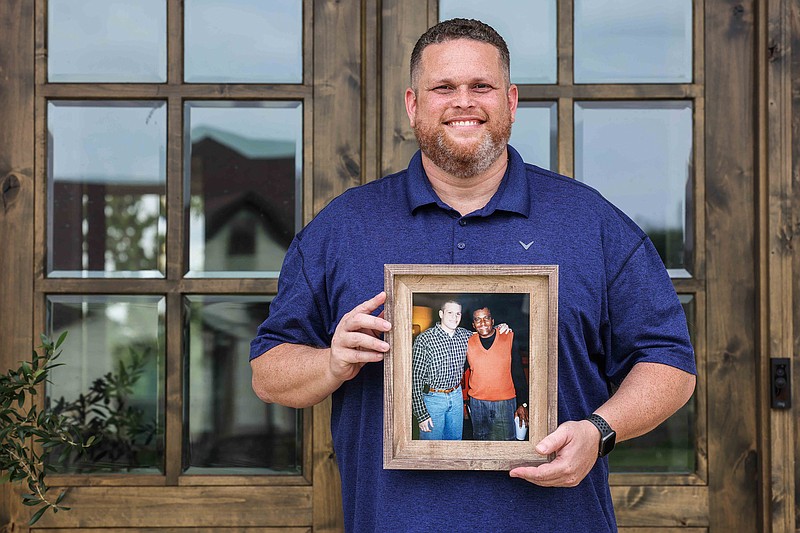 Tyler Tines Pride poses at the front of his home May 26, 2021, in Lindale, Texas, as he holds a photo of himself and his father, country music icon Charley Pride, who died from COVID-19 on Dec. 12, 2020. (Lola Gomez/The Dallas Morning News/TNS)

DALLAS -- Tyler Pride, an East Texas police officer who filed suit in Dallas County Probate Court in 2021, contesting the will of his biological father -- country music great Charley Pride -- said Tuesday that he and the singer's family have reached a settlement, the terms of which were not disclosed.

Charley Pride died of COVID-19 at age 86 in late 2020, after attending a nationally televised awards show in Nashville, Tennessee, where he also performed. Upon his death, Pride left a will that acknowledged three children, Carlton, Dion and Angela, whose mother is Rozene Pride, the singer's widow, to whom he was married for 64 years.

Named as executor in her husband's will, Rozene Pride lives in Dallas, where the singer lived for years. Dallas was also the base of his lucrative business interests and extraordinary musical career, which endured for almost six decades. In 2015, his legacy was memorialized in The Smithsonian, where he's a fixture in the National Museum of African American History and Culture.

Profiled in Ken Burns' landmark documentary series, "Country Music," Pride played in baseball's Negro Leagues during the 1950s and dreamed of ascending to the major leagues, before turning his attention to music. In later years, he became part-owner of the Texas Rangers and a close friend to several American presidents, including George W. Bush.

"I'm glad it's over," said Tyler Pride, who works for the police department in the Smith County seat of Tyler. "I now have the ability for me and my kids to hold our heads high and be proud of the fact that I'm Charley's son, and Charley is their grandfather."

Pride said he was also happy that "I won't be tied up in litigation for years and years. Nobody wants that. We came to a resolution, and we can move on with our lives and know that that can never be taken away from us. Nor can it be said that I'm not his son or they're not his grandkids. We can go on with our lives and make memories."

Asked about the financial aspect of the settlement, Tyler Pride paused and said, "I'll just say that it's a settlement we both agreed on, that allows both sides to move on with our lives. The main thing for me was to protect my family and protect the fact that I was part of his legacy and that I was his son. And protect my ability to be able to say that. And be proud of that and not have to be worried about what somebody else might do or think or say or anything."

Tyler Pride and his wife, Charity, have a daughter, and Tyler said he adopted his wife's son from a previous relationship. Together, the couple have adopted three additional children. Their ages are 14, 11, 5, 20 months and 3 months.

"It's never-ending at our house," Tyler Pride said with a laugh. "It's constant chaos. Everybody's going 32 different directions, which makes life fun."

In breaking the story in May 2021, The Dallas Morning News reported that, in 1992, when Tyler Tines was 13, a Texas court used the results of a DNA test to decree that Charley Pride was indeed his biological father. The court, according to records obtained by The News, ordered that the boy's surname be changed to Pride. Thereafter, his legal name became Tyler Tines Pride.

During our reporting in 2021, we made efforts to reach Tyler's mother, who did not respond to voicemails or text messages.

On Tuesday, The News reached out to the attorney for Charley Pride's widow but did not hear back. 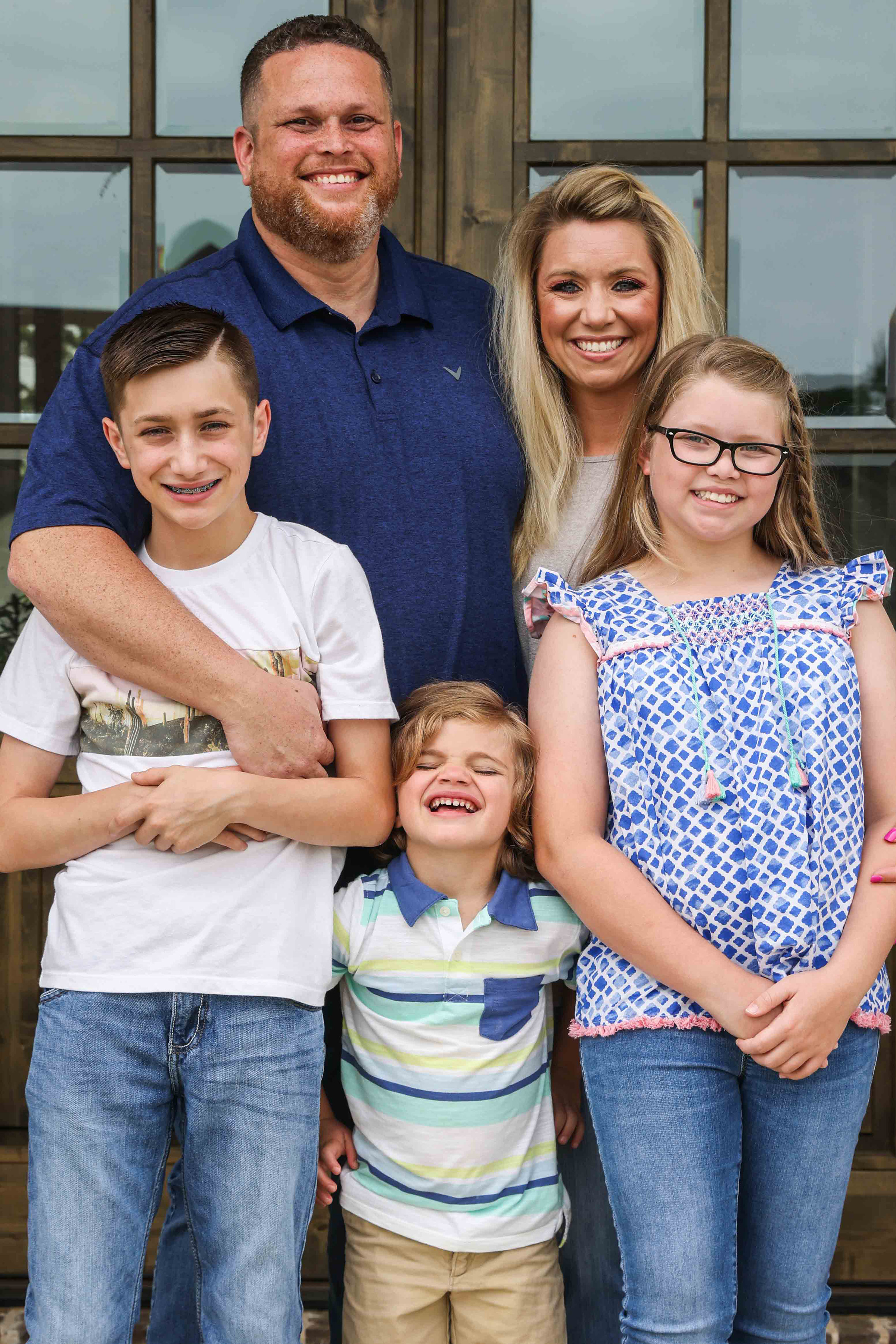 Tyler Tines Pride and his family — from left, Braydan, Jaxon, wife Charity and Maddison — pose together in front of their home May 26, 2021, in Lindale. (Lola Gomez/The Dallas Morning News/TNS) 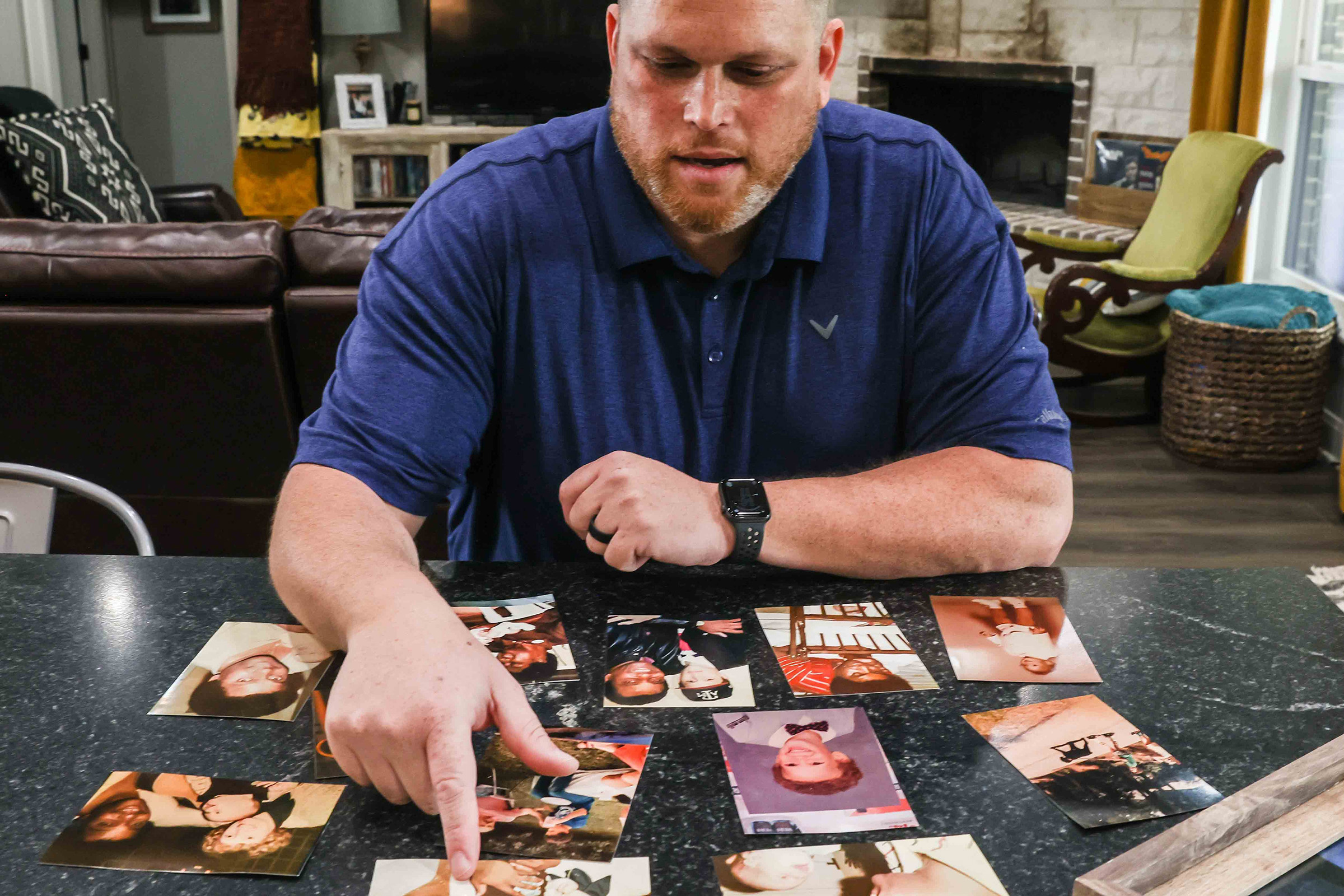 Tyler Pride has reached a settlement with the widow of country music icon Charley Pride, who died from COVID-19 in 2020. Pride, who is a Tyler police officer, has come forward saying he is the singer's long-hidden son. (Lola Gomez/The Dallas Morning News/TNS)