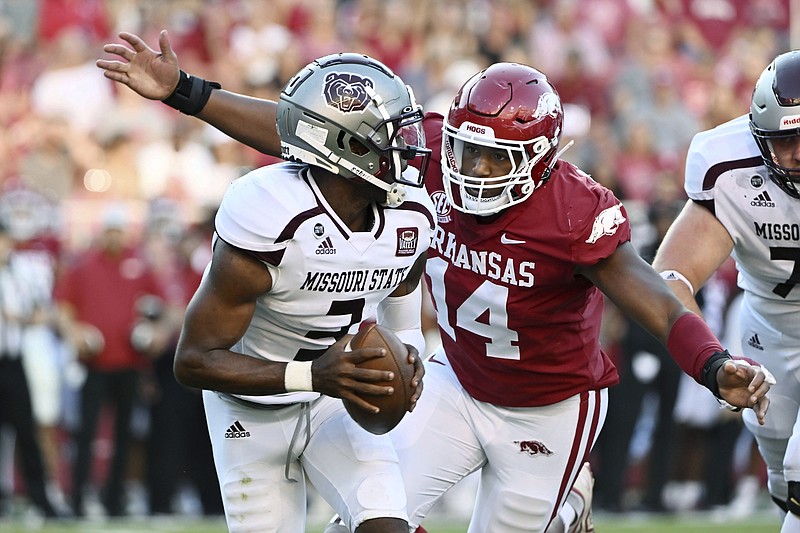 Georgia and Alabama have held down the top two spots in the AP Top 25 the past three weeks and are a good bet to stay there after this weekend's games.

The rest of the Southeastern Conference -- at least the top half -- is proving to be pretty good, too, but that could change with four of its eight ranked teams playing each other.

The Razorbacks (3-0, 1-0 SEC) have made a steady rise since opening at No. 19 in the preseason poll, though are last in the SEC in pass defense, allowing 353 yards per game.

The Aggies (2-1) are hoping to get some offensive mojo going after scoring 34 combined points against Appalachian State and No. 25 Miami. Texas A&M averages 313 total yards, last in the SEC.

The What to Watch rundown for this week of college football, presented by Regions Bank:

Wake Forest coach Dave Clawson has called Clemson the measuring stick in the Atlantic Coast Conference. The Demon Deacons haven't measured up to the Tigers in quite a while.

Clawson is 0-8 against Clemson and Wake Forest hasn't won in the series since 2008, a stretch of 13 straight games. The Tigers have won the past four games by an average of 38 points, but oddsmakers are expecting this one to be closer -- FanDuel has Clemson as a 7 1/2-point favorite.

Ohio State's C.J. Stroud was a Heisman Trophy finalist a year ago and has put himself in the conversation again this season.

The second-year starter has put up bigger numbers each passing week, topped by last week's 367-yard, five-touchdown performance against Toledo. Stroud has thrown for 941 yards, completed nearly 73% of his passes and has 11 TDs and no interceptions through three games.

Stroud and the third-ranked Buckeyes will get a tough test this week against Wisconsin, which is top 10 in total defense and scoring defense.

10 -- Points allowed by top-ranked Georgia, best in the FBS.

11.13 -- Yards per carry by Penn State's Nicholas Singleton, best in the FBS.

13 -- Years since Kansas last started a season 3-0. The Jayhawks play Duke (3-0) in a football showdown between schools known as basketball bluebloods.

The Bears had a slipup against No. 19 BYU, but are still among the favorites to win the Big 12.

They may have to go through the Cyclones to get there.

Iowa State is off to its first 3-0 start since 2012 and has one of the nation's stingiest defenses, allowing 27 points per game. The Bears can still put up some big offensive numbers -- 501 yards against Texas State last week -- so this will be strength on strength.

The hope is starting to drain out of Boulder in Colorado coach Karl Dorrell's third season.

The Buffaloes are 0-3 for the first time since 2012, have been outscored 128-30 and athletic director Rick George felt the need to issue a statement of support for Dorrell.

Colorado is near the bottom of FBS in scoring, total offense, scoring defense and total defense -- a very bad combination.

The road doesn't get any easier with UCLA (3-0) in town on Saturday. 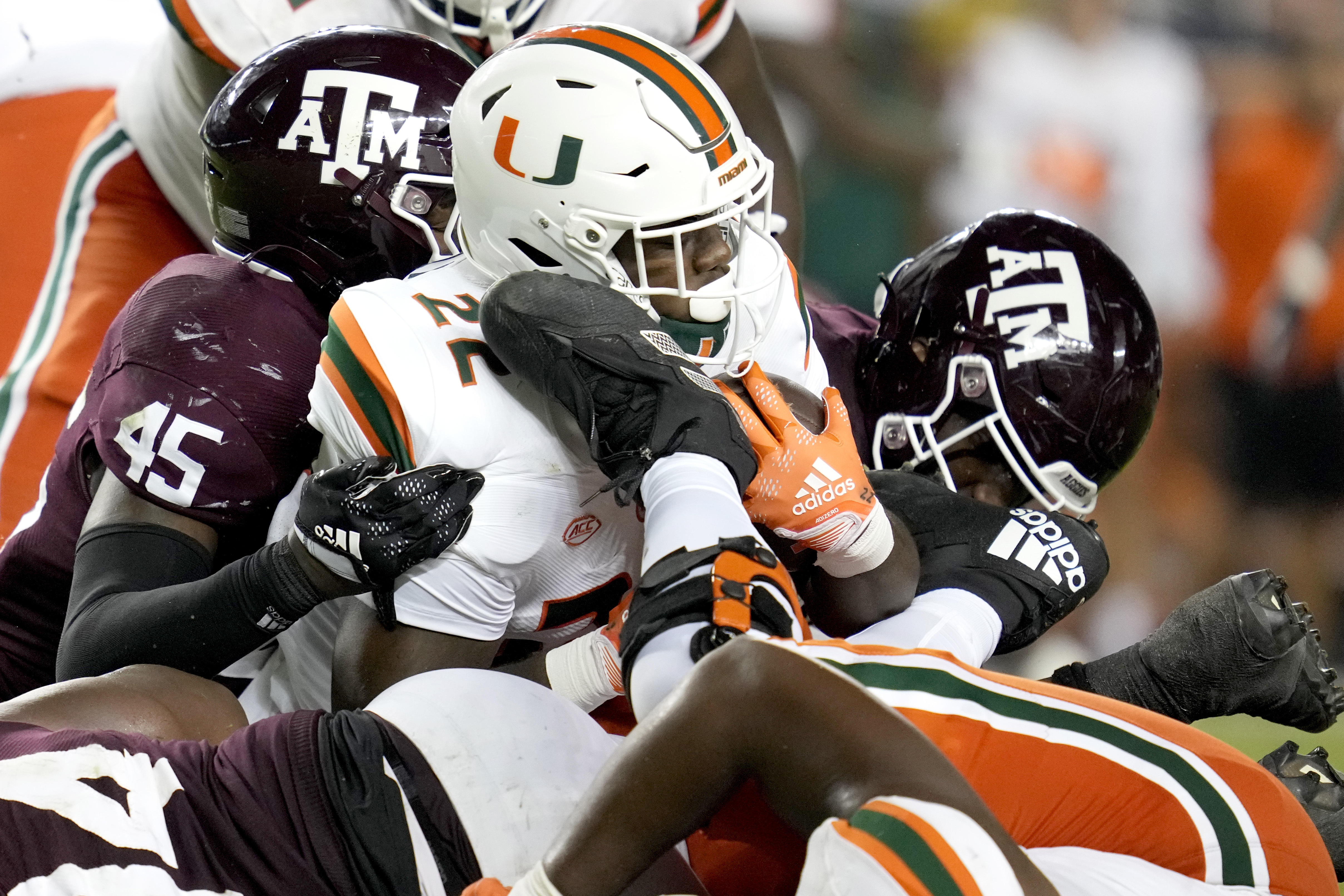 Miami running back Thaddius Franklin Jr. (22) is stopped for a 1-yard loss by Texas A&M defenders, including linebacker Edgerrin Cooper (45), during the second half of an NCAA college football game Saturday, Sept. 17, 2022, in College Station, Texas. (AP Photo/Sam Craft) 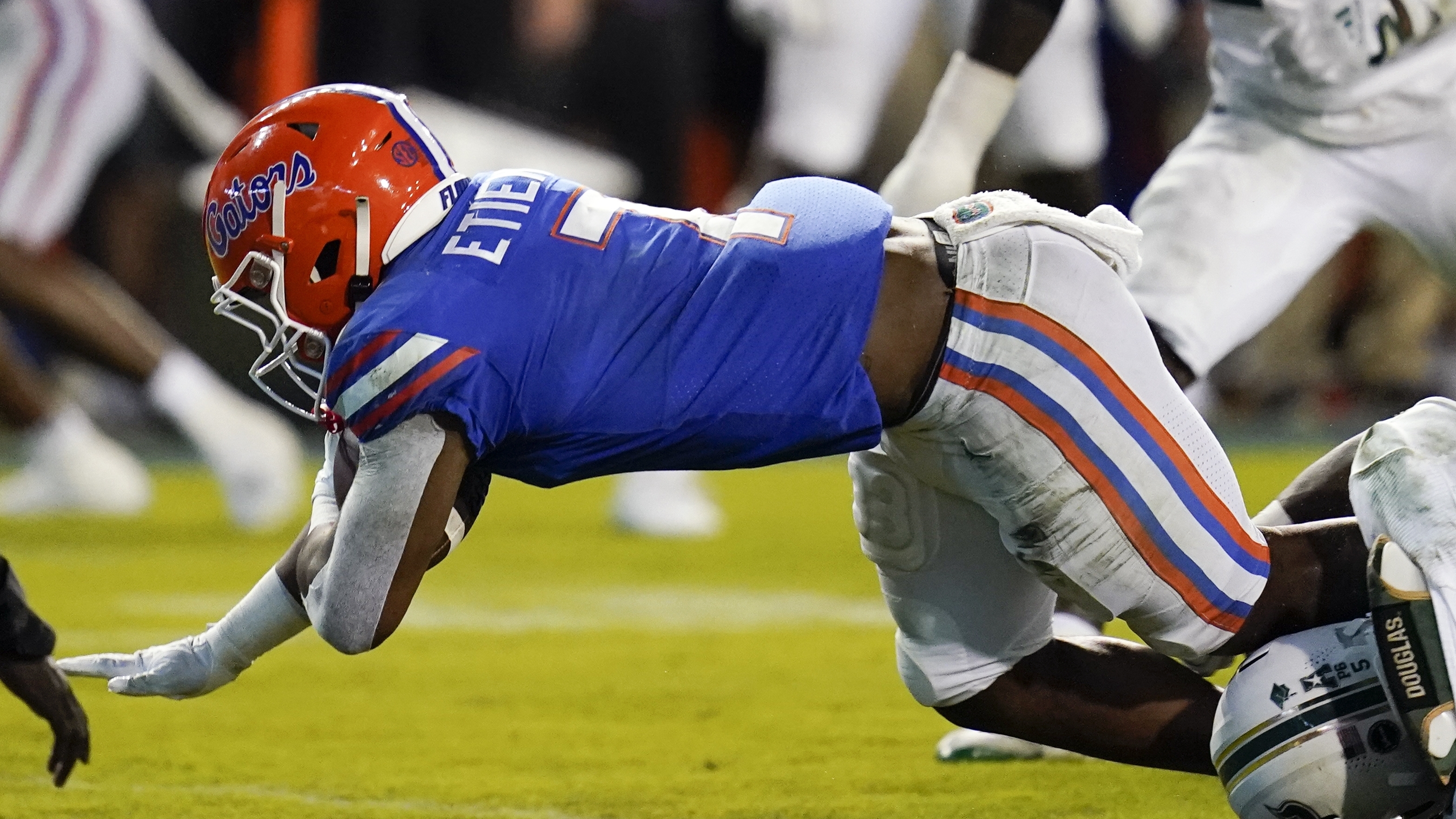 Florida running back Trevor Etienne dives for yardage against South Florida during the second half of an NCAA college football game, Saturday, Sept. 17, 2022, in Gainesville, Fla. (AP Photo/John Raoux) 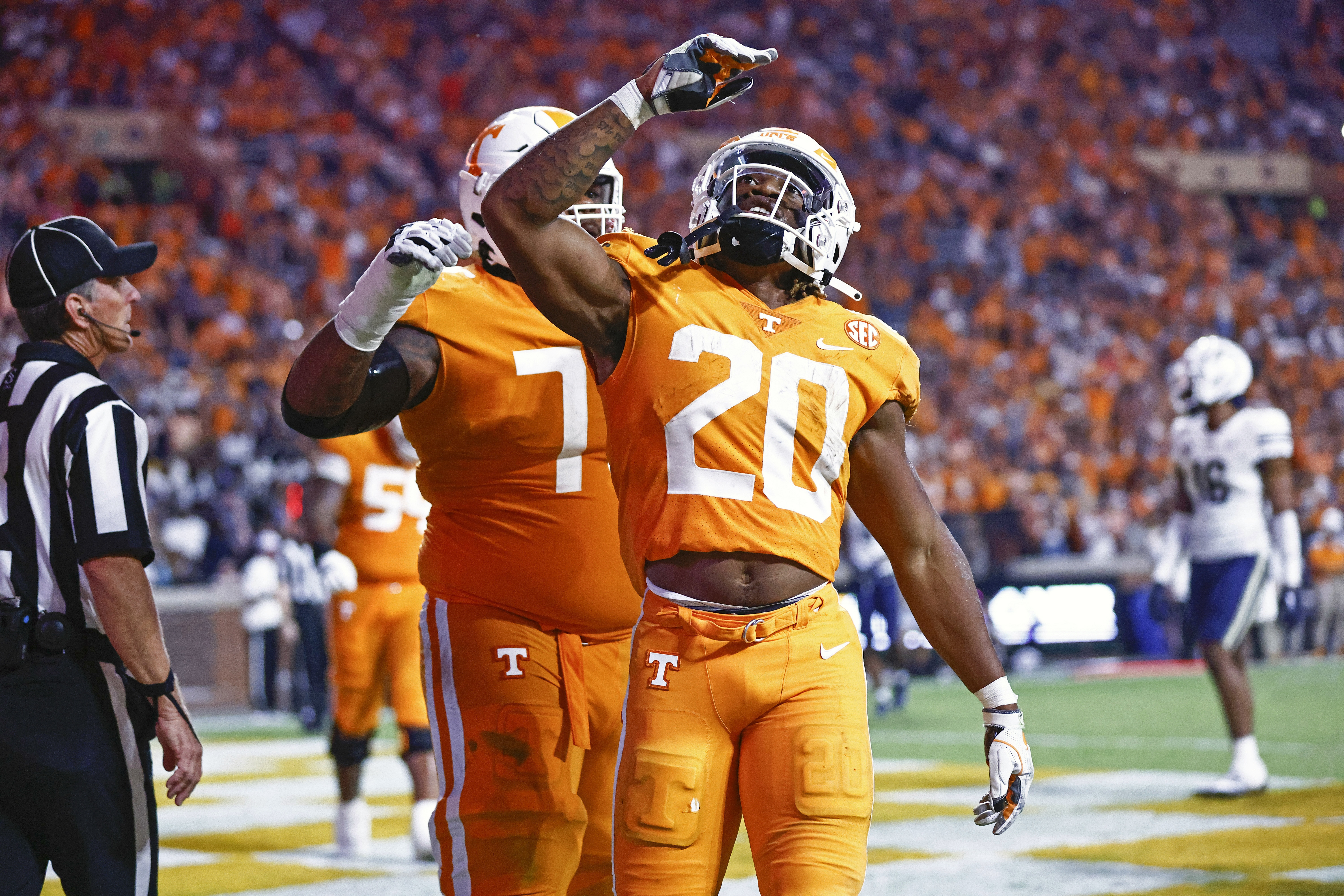 Tennessee running back Jaylen Wright (20) reacts to scoring a touchdown during the second half of an NCAA college football game against Akron, Saturday, Sept. 17, 2022, in Knoxville, Tenn. (AP Photo/Wade Payne)