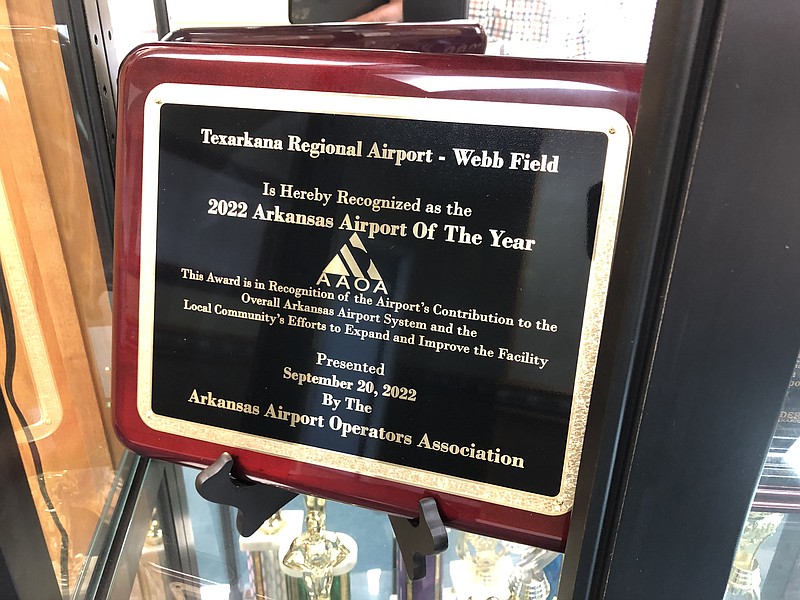 Texarkana Regional Airport is Arkansas' Airport of the Year. The award, seen in this photograph, was presented Tuesday, Sept. 20, 2022, by the Arkansas Airport Operators Association. (Submitted photo)

Officials announced Thursday that the airport has received the 2022 Arkansas Airport of the Year award. Texarkana Regional bested 74 other commercial and general aviation airports to land in the winner's circle.

"Receiving this award is a great honor, but the true recognition goes to the hard work of our staff and the local community that supports the airport," Executive Director Paul Mehrlich said. "This award represents our strategic goal of positioning Texarkana for a future of continued growth and economic importance."

The award was presented Tuesday by the Arkansas Airport Operators Association. It recognizes airports across the state that make outstanding contributions to the overall Arkansas airport system, according to a news release. The award also recognizes community efforts to expand and improve the airport.

The award comes during the airport's $36 million terminal construction project. The 40,000-square-foot building is slated for completion in 2024.

Texarkana Regional also is drafting a master plan for next year to guide work on extending and reinforcing the primary runway to accommodate cargo operations for local businesses.

The airport owns and maintains about 1,029 acres. It is served by American Airlines' American Eagle regional carrier, which operates three direct flights daily to Dallas-Fort Worth International Airport.

"We are extremely humbled to receive this recognition, considering all the highly qualified and well-deserving airports who have done great things for Arkansas," Mehrlich said. 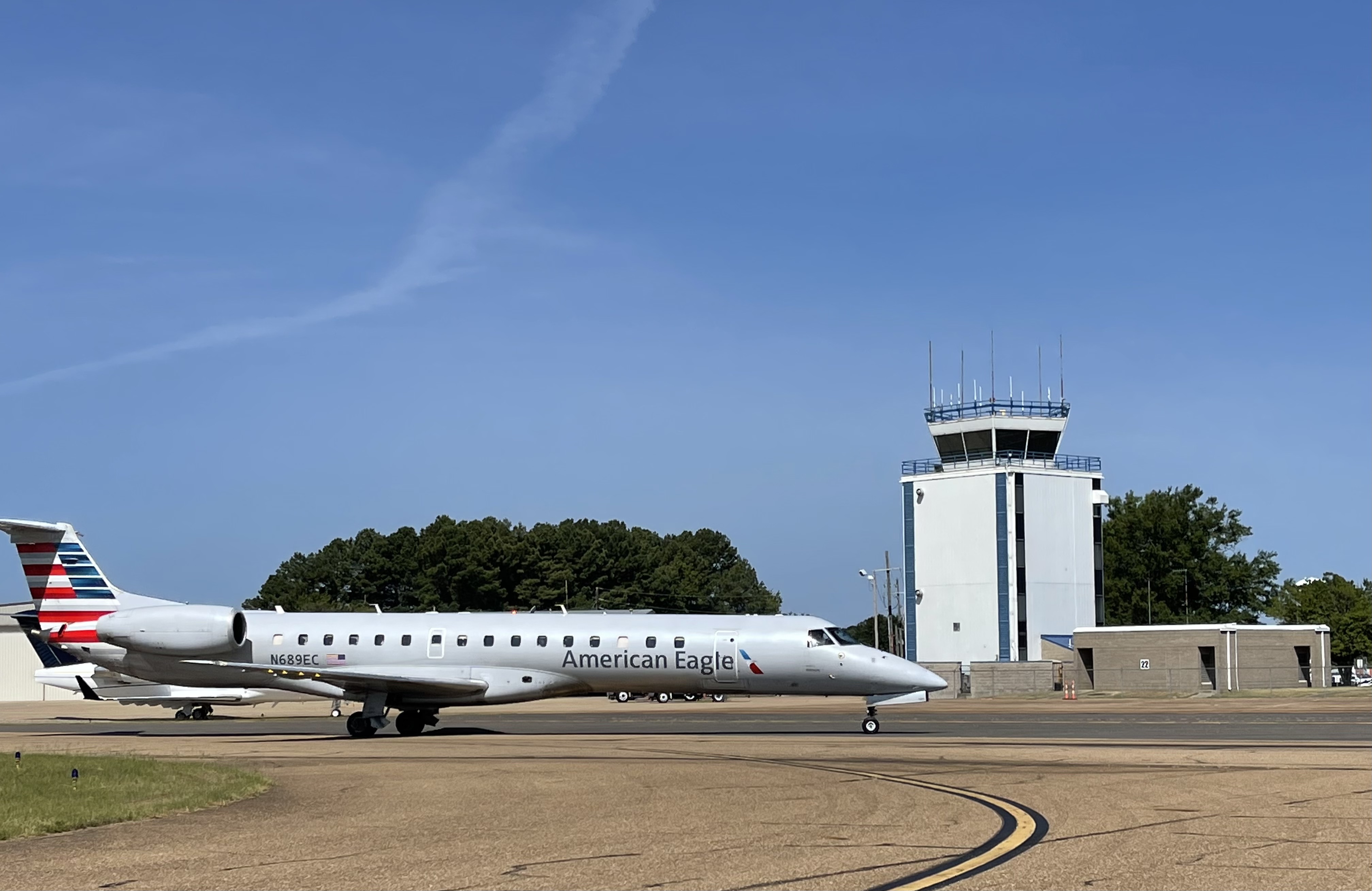 An American Eagle taxis on the runway at Texarkana Regional Airport in this undated photo. The carrier, which is owned by American Airlines, operates three flights daily between Texarkana and Dallas-Fort Worth International Airport. (Submitted photo)