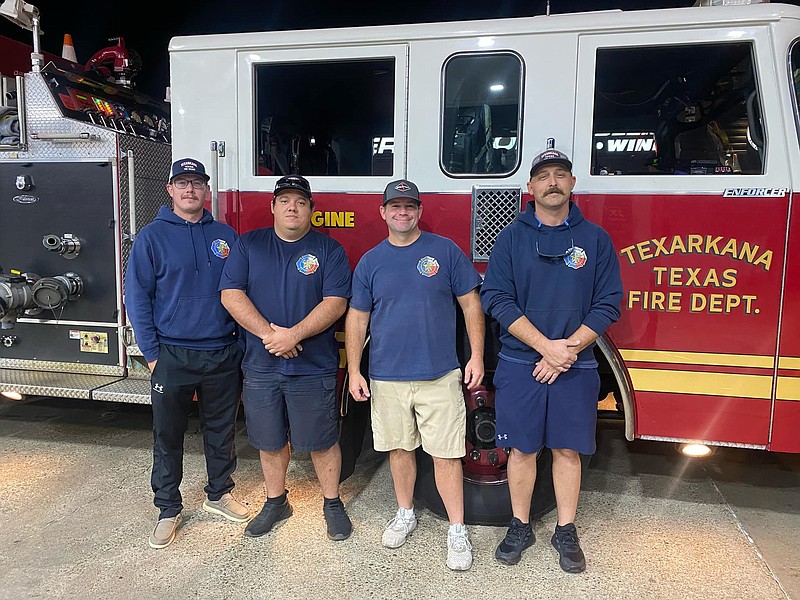 "We're always going to help our neighbors. It's just the right thing to do," Texarkana Texas Fire Department Chief Eric Schlotter said. "Our stance is that if somebody needs help and we have the capacity, we're going to help."

Schlotter said a benefit of the trip is that firefighters will bring back new skills that will boost the department as a whole.

The firefighters were dispatched through the Texas Intrastate Fire Mutual Aid System. According to Schlotter, TIFMAS started in the early 2000s and gained traction in the 2010s when TIFMAS crews provided support in fighting several large wildfires.

"It was initially built to be a statewide mutual aid system where credentialed departments would assist each other in times of need," Schlotter said. "A big benefit of that is the credential system, which provides a lot of security due to the training that each responder has."

Schlotter said other states, such as California, are showing interest in starting similar programs.

"We're reimbursed for any expenses that we have related to this deployment," Schlotter said. "It doesn't cost the citizens and taxpayers of Texarkana anything for these gentlemen to be gone. We're paid for their time, the vehicle, the fuel density, overtime -- all is reimbursed to the city."

Schlotter said when Texarkana's TIFMAS responders helped with Hurricane Harvey in 2017, they were often self-sustaining -- bringing their own food, water and other necessities -- which will be practice for the Ian mission.

"I know one night they stayed in a vacant mall," Schlotter said. "Everybody just laid on the floor."

Schlotter praised the deployed firefighters for their sacrifice.

"Their wives, their kids are often on their own for a week or two weeks," Schlotter said. "A lot goes into making the decision to send these guys. We have a great group of guys in this department. I'm incredibly proud of the work they do to help other people every day."