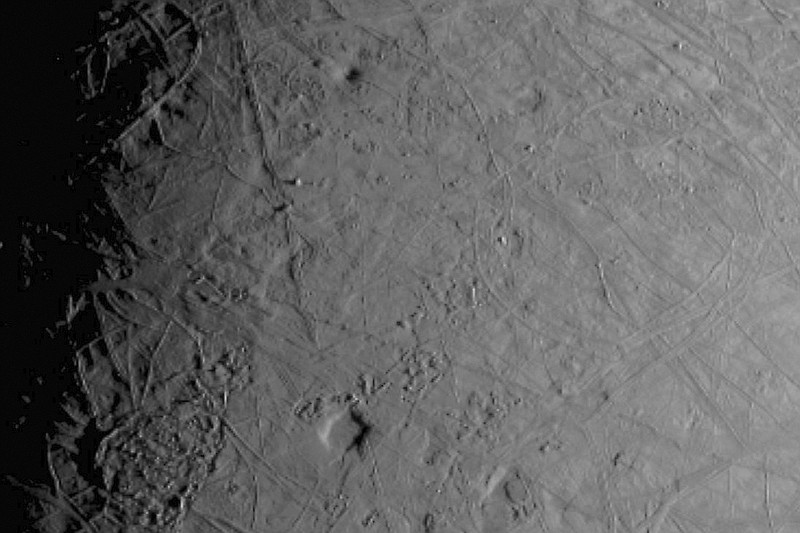 This image made available by NASA shows the complex, ice-covered surface of Jupiter's moon Europa, captured by NASA's Juno spacecraft during a flyby on Thursday, Sept. 29, 2022. At closest approach, the spacecraft came within a distance of about 219 miles. (NASA/JPL-Caltech/SWRI/MSSS via AP)

Juno on Thursday zipped within approximately 219 miles of Europa, thought to have an ocean flowing beneath its thick frozen crust, raising the possibility of underwater life. Scientists hailed the flyby as a success, with four pictures beamed down and released within several hours.

Scientists had hoped to observe possible water plumes shooting from the surface of Europa, close in size to Earth's moon. But none were immediately visible in the initial look.

"We have to be at the right place at just the right time," Juno's chief scientist, Scott Bolton of Southwest Research Institute in San Antonio, said in a statement.

The first photo from the flyby is a closeup of Europa's equatorial region, crisscrossed by ridges, troughs and possibly an impact crater.

The latest observations will help NASA plan for its Europa Clipper mission, due to launch in 2024 and arrive at the Jovian system in 2030. The European Space Agency also plans close encounters with its Jupiter Icy Moons Explorer, or Juice, lifting off next year. 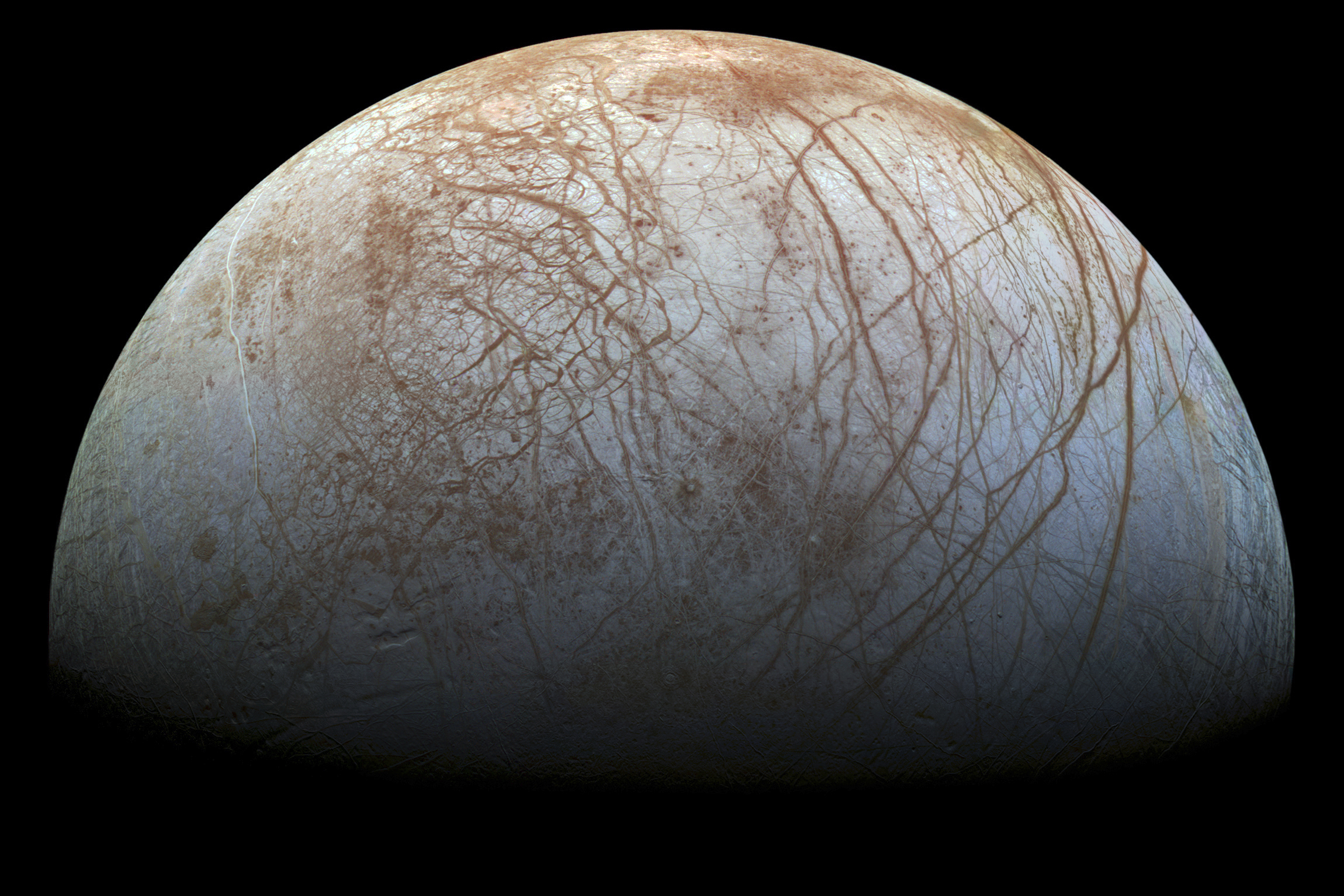 This image made available by NASA in 2014 shows Jupiter's icy moon Europa in a reprocessed color view, made from images captured by NASA's Galileo spacecraft in the late 1990s. NASA’s Juno spacecraft made the closest approach to Jupiter’s tantalizing, icy moon Europa in more than 20 years on Thursday, Sept. 29, 2022. (NASA/JPL-Caltech/SETI Institute via AP)