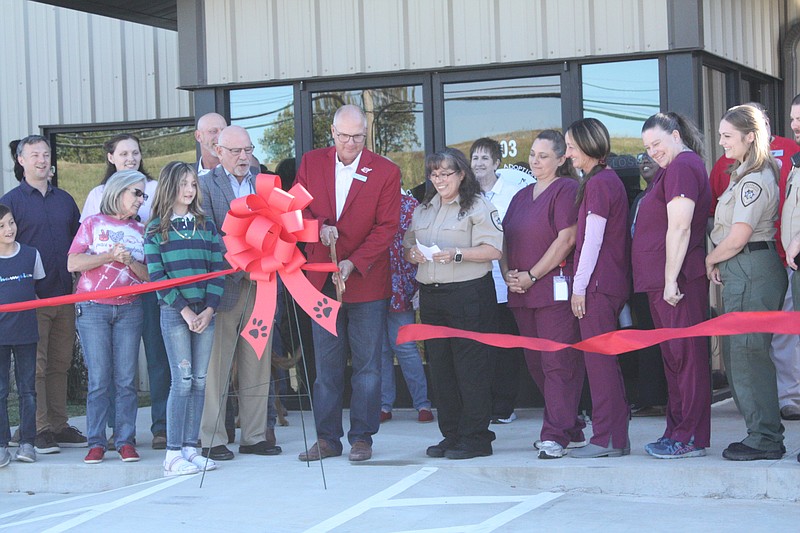 Mayor Allen Brown cuts the ribbon during the grand opening of the Animal Care and Adoption Center Friday, Sept. 30, 2022, at 203 Harrison St. in Texarkana, Ark. (Staff photo by Mallory Wyatt)

"Today we celebrate the grand opening of our new adoption center," Teague said. "We are thankful to those of us who have been with us every step of the way so that this day finally happened."

The director offered a special thank-you to her staff.

"You put your heart and your soul into the care and the well-being of these animals, and I also want to thank all the board members for your continued support," Teague said.

The new addition to the center features an open lobby with two cat rooms, one for older cats and the other for kittens. Several kittens were snuggled up in round beds, oblivious to the attention they received from ceremony attendees.

Mayor Allen Brown and City Manager Jay Ellington thanked the community and the employees of the Animal Care and Adoption Center, 203 Harrison St.

"Remember: This is called the Animal Care and Adoption Center. This is not animal control," Ellington said. "This is animal care, which means we care about these animals in our community, and, therefore, we're going to treat them in the best manner we can and make our community healthy as well."

After a canine- and feline-filled red carpet runway show, 10-year-old Victoria Stanley introduced her birds to the audience. Victoria's father, Timothy, said the birds, Blizzard and Percy, were a gift from Teague and initially hesitant to leave their cage.

"They just need patience, love and care," Victoria said, as the birds dangled from her golden necklace. "They love to go outside. They love other animals; they just need time to get used to their surroundings."

"We have an animal problem in Texarkana, Arkansas," Ellington said. "So we are addressing that in several ways. Part of that is that we need people to recognize that they need to register their pets -- dogs or cats."

Ellington then introduced attorney John Ross, who handled the estate of Neva McCormick. McCormick posthumously donated $1 million to the Animal Care and Adoption Center, which aided in constructing the building.

"That was actually a very small portion of her entire estate," Ross said. "The rest of it now is managed as a private foundation which is for the sole benefit of animals in and around the Texarkana community.

Ross shared fond memories of McCormick, including how she purchased a home for stray cats so that they would have a space to live in. Ross additionally furnished the new building of the adoption center with a portrait of McCormick, accompanied with a gilded frame.

"She would have really enjoyed these little cat rooms out here," Ross said. "We will be starting our foundation here in the next month or two."

Donations were also made by Dr. Jim Keever and Dr. Schade. Keever donated $2,000 for spaying and neutering, and Schade donated enrichment toys for the animals. An anonymous donor gave $1,400 to cover adoption fees for five dogs and five cats.

Teague's dog Sanford, a golden retriever, was dressed with a leather holster that held a large pair of wooden scissors for the ribbon cutting. As the red banner floated to the ground, Brown said to Teague: "It's been a long time coming." 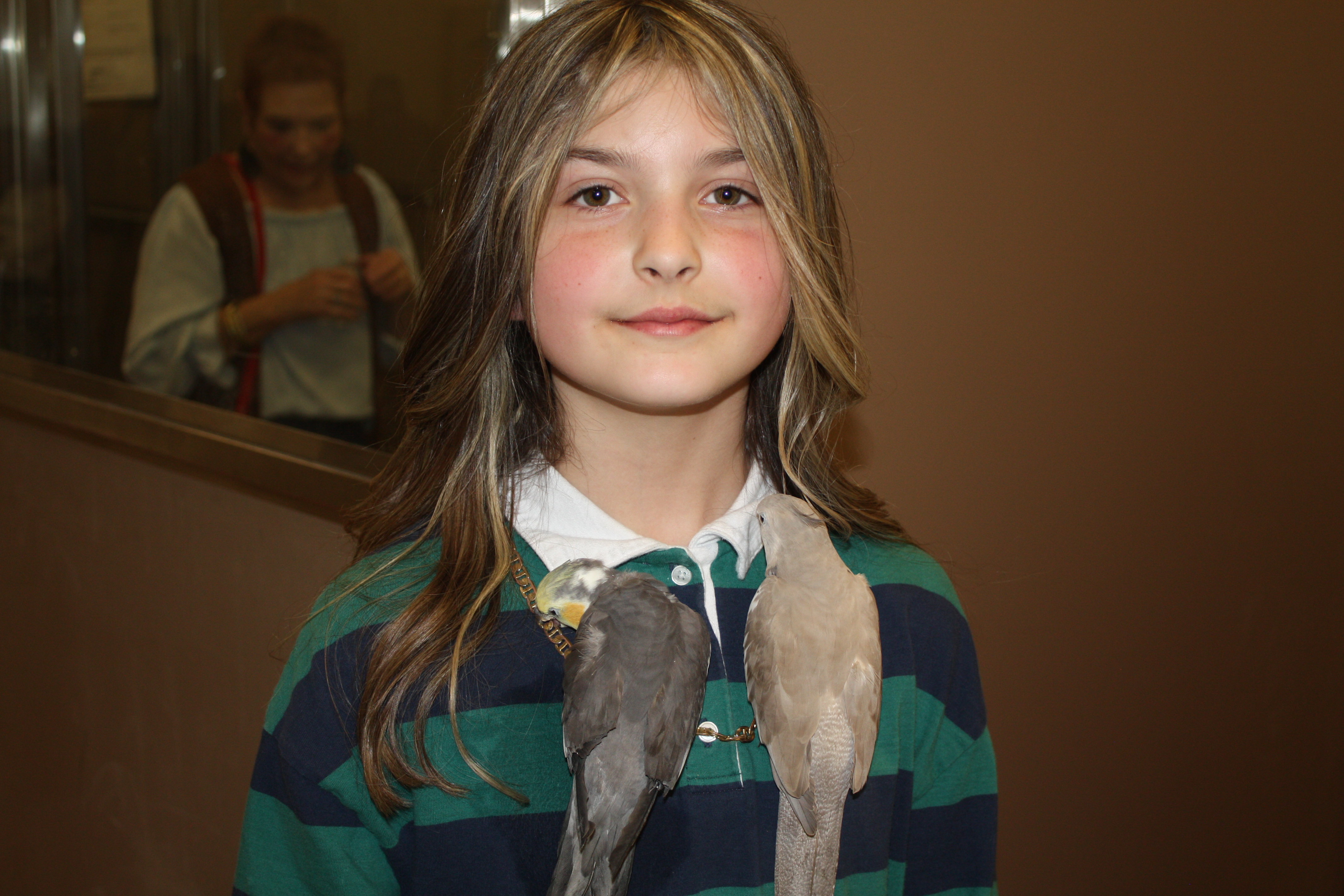 Victoria Stanley, 10, smiles as her birds Blizzard and Percy dangle on her necklace on Friday, Sept. 30, 2022, during the grand opening of the Animal Care and Adoption Center in Texarkana, Ark. (Staff photo by Mallory Wyatt) 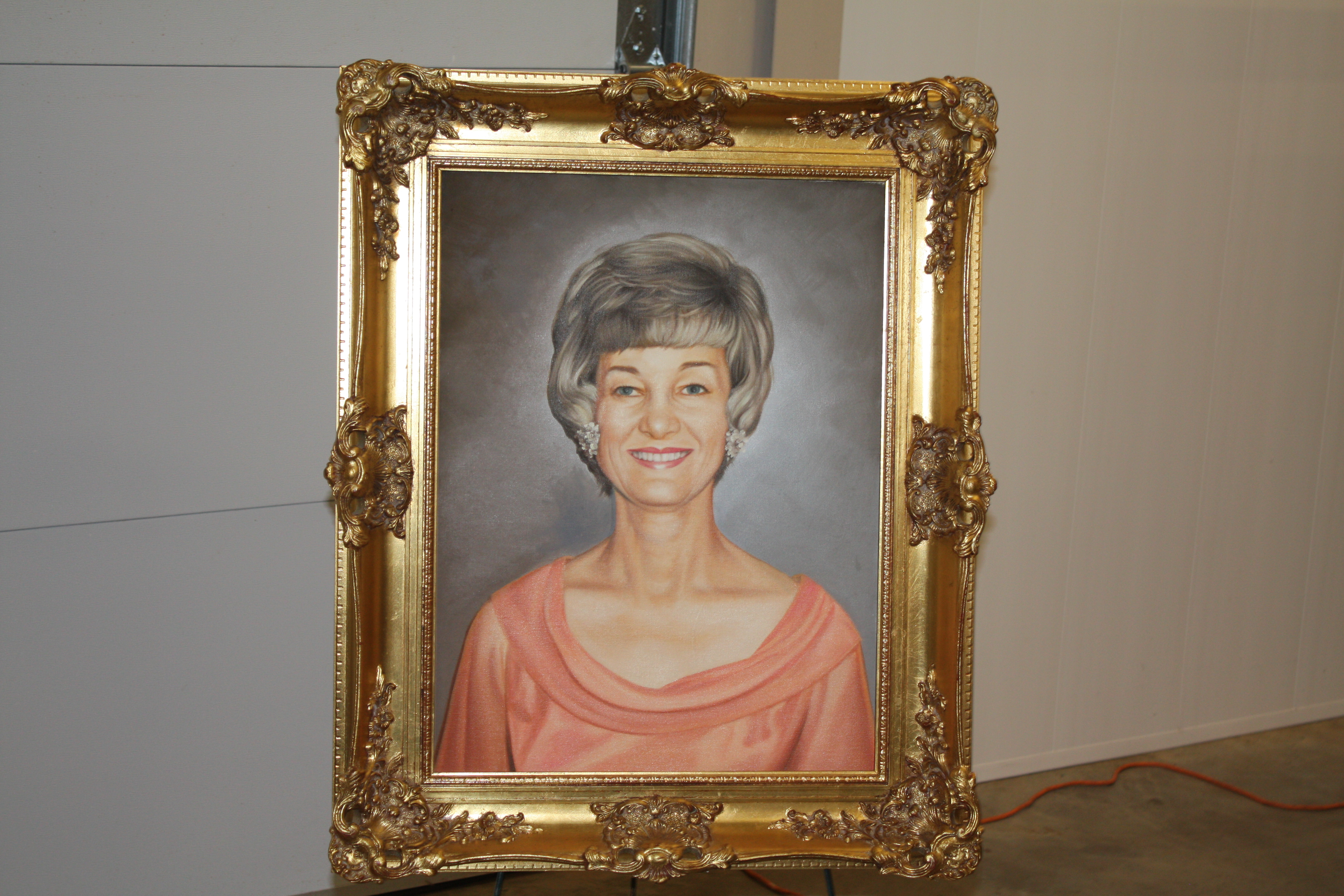 A portrait of Neva McCormick hangs inside the Animal Care and Adoption Center. McCormick posthumously donated $1 million to the center. The remainder of Her estate has been turned into a private foundation to aid Texarkana animals. (Staff photo by Mallory Wyatt)