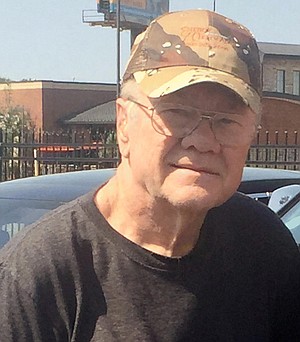 A Celebration of Life for Mr. Johnny W. Stewart, Sr., 75, of Longview, will be held on Thursday, January 4, 2018 at 2 p.m. in the Chapel of Rader Funeral Home in Kilgore with Rev. Efrain Cirilo officiating. Entombment will follow in the Lakeview Mausoleum in Longview. Mr. Stewart completed his earthly journey on December 29, 2017, in Longview.
Johnny was born on October 31, 1942, in Star City, AR, to John L. and Ola Stewart. He graduated from Arkansas High School. Johnny dutifully served in the U.S. Air Force. He retired from Union Pacific Railroad as a switchman after 38 years. Johnny enjoyed hunting, going to garage sales, collecting and shooting guns. His family was the source of his strength and spending time with them was when he was happiest.
Left to cherish his memory are his children, Johnny W. Stewart, Jr. of San Antonio, Debbie Lake and her husband Stoney of Kilgore; grandchildren, Jonathan Stewart, Lucy Stewart, James Stewart, Sally Stewart; brother Royce Stewart and his wife Theresa of Texarkana, TX; in-laws, Roger and Gayle Hines, Truman and Linda McGregor all of Texarkana, TX. Also, left to carry on his legacy are numerous nieces, nephews, friends and other loving family members.
Preceding him in death are his wife Phyllis Stewart, his parents and his brother Danny Stewart.
The family will receive friends at the funeral home on Wednesday evening from 6 until 8.
Please leave online condolences at www.raderfuneralhome.com