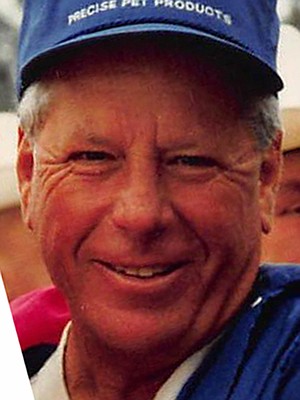 DeKALB, Texas&mdash;William Don Elliott, 79, of DeKalb, died Saturday, May 12, 2018, at his home.
Mr. Elliott was born March 23, 1939, in Brazoria, Texas. He was a retired supervisor with Red River Army Depot and a Christian.
Survivors include his wife, Mary Darnell Elliott; one daughter and son-in-law, Sherrie and Jim Rankin of DeKalb; two sons and one daughter-in-law, Woody and Marla Elliott of Commerce, Texas, and Mike Elliott of Boxelder, Texas; one sister and brother-in-law, Pati and Charles Harden of Atlanta, Texas; one sister-in-law, Janie Elliott of DeKalb; two grandchildren; and a number of other relatives.
Services will be held at a later date. Cremation is under direction of Bates Family Funeral Home.
Memorials may be made to Mount Pleasant Animal Services, 1501 Mulberry St., Mount Pleasant, TX 75477, or Wounded Warrior Project.
Online registration is at batesfamilyfuneralhome.com.