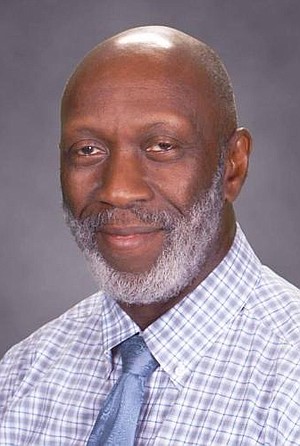 On July 10, 1951, a beautiful baby boy was born to Ervie James and Ella Ree Ross. Lemuel Carl Ross was the baby of seven children.

Lemuel was born and raised in The Church of the Living God and lived his life as a faithful and dedicated member of the church. He.served as the Sunday School Superintendent, bass guitarist, Deacon, choir member, and all-around "if you need it, I'll do it" member of the church.

Lemuel earned his Bachelor of Science degree in Kinesiology at Henderson State University and his Master's Degree in Education and Principal Certification from East Texas State University.

For 41 years Lemuel impacted the lives of hundreds of students through coaching, teaching, mentoring, and even disciplining them as an administrator.

On Monday, February 22, 2021, Lemuel transitioned from mortality to eternity with our Heavenly Father. He is preceded in death by his parents, Ervie and Ella Ross, his brothers, Morris and Andy, and his sister Judy.

Left to cherish his loving memories are: his loving wife, Beatrice Ross; two daughters, Keely (Corey) Jackson and Camille Ezell; four grandchildren, Josiah and Caleb Jackson and Landon and Rylee Ezell; three sisters, Jean Ella LaMotte, Barbara Walker, and Evelyne Parker; his brother-in-law Butch Wofford; his "brother from another mother" Frank Davis; his Godson Jonathan Boyce, and a host of nieces and nephews and great-nieces and nephews, friends, church members, frat brothers, and classmates who will miss him dearly.