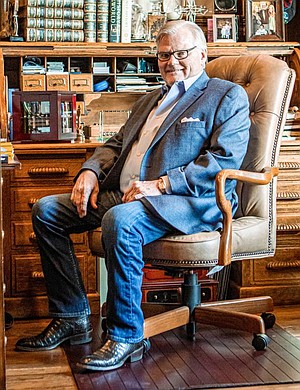 Beloved Husband, Father, Grandfather, Brother, Uncle and Friend, Jeffrey Thomas DeHaan, 66, went to be with his Lord and Savior on Tuesday, June 21, 2022.

Jeff was born July 7, 1955, and grew up in Orange City, Iowa. He was preceded in death by his father, Stanley DeHaan.

Jeff attended Northwestern College, where he was active in football and golf. His golf team won the College National Golf Championship in 1976, and he was inducted into Northwestern’s golf hall of fame. Jeff attended the University of Iowa Medical School. He did his residency at The University of Texas in San Antonio from 1981-1986, followed by a year of fellowship in Switzerland. Upon graduation, Jeff began practicing in Texarkana as an orthopedic surgeon, a profession he loved for 36 years.

Throughout his life, Jeff was an avid reader and enjoyed his library, playing golf, traveling, spending time with his family, and going to Dallas Cowboy football games. Jeff was a member of First Baptist Church and a member of the Café Sunday School Class.

A private graveside service will be held at 10:00 at Hillcrest Memorial Park on Saturday, June 25th under the direction of Texarkana Funeral Home. The funeral service will begin at 11:00 at First Baptist Church, Texarkana with Pastor Jeff Schreve officiating.

A celebration of Jeff’s life will be held at Northridge Country Club immediately following the service for all family and friends.