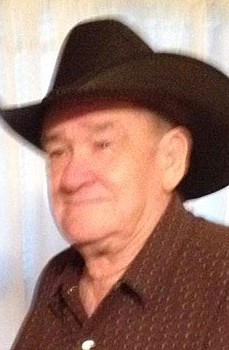 William Howard “Bill” Holmes, age 85, went home to be with his Lord and Savior on Wednesday, June 22, 2022.
Mr. Holmes was born November 17, 1936, in McKinney, Texas, and lived in Texarkana most of his life. Bill was a retired salesman and manager from Super 8 Hotel. He was a member of Boyd Church and was a devout Christian. Bill was an active member in his church and loved to share his faith with others. He was an avid Dallas Cowboy fan who never missed a game. He also was a sportsman who enjoyed the outdoors, spending time fishing, dove and quail hunting with friends and family. Bill enjoyed most of all creating memories with his family. He was preceded in death by one son, Daryl Holmes and one brother, Bobby Jack Holmes.
He is survived by his wife of sixty years, Bessie Sue Holmes of Texarkana, Arkansas; three sons and daughters-in-law, John Branham and his wife Cindy of Rocky Gap Virginia; Johnnie Howard and his wife, Natalie of Ft. Worth, Texas; Doyle Holmes and his wife, Karla of Doddridge, Arkansas; Eleven grandchildren, Sarah Begley, Becky Maksimenko Law, Katrina Kelley, Justin Holmes, William Holmes, Nathan Holmes, Kayla Holmes, Elizabeth Holmes, Josh Holmes, Caleb Holmes, Hannah Holmes, ten great-grandchildren, John Austin, Katie, Lylah, Sam, Jaycob, Ava, Daryl, Jaspyr, Gabbie, Connor, and a host of friends and other relatives.
Funeral Services will be 2:00 P. M. Saturday, June 25, 20222, at Boyd Church with Rev. Bill Robinson and Rev. Doug Rhodes officiating. Burial will be in Rondo Cemetery under the direction of Texarkana Funeral Home, Arkansas.
The family will receive friends at Boyd Church, Saturday from 1:00 to 2:00 P. M.
Register online @ www.texarkanafuneralhome.com.