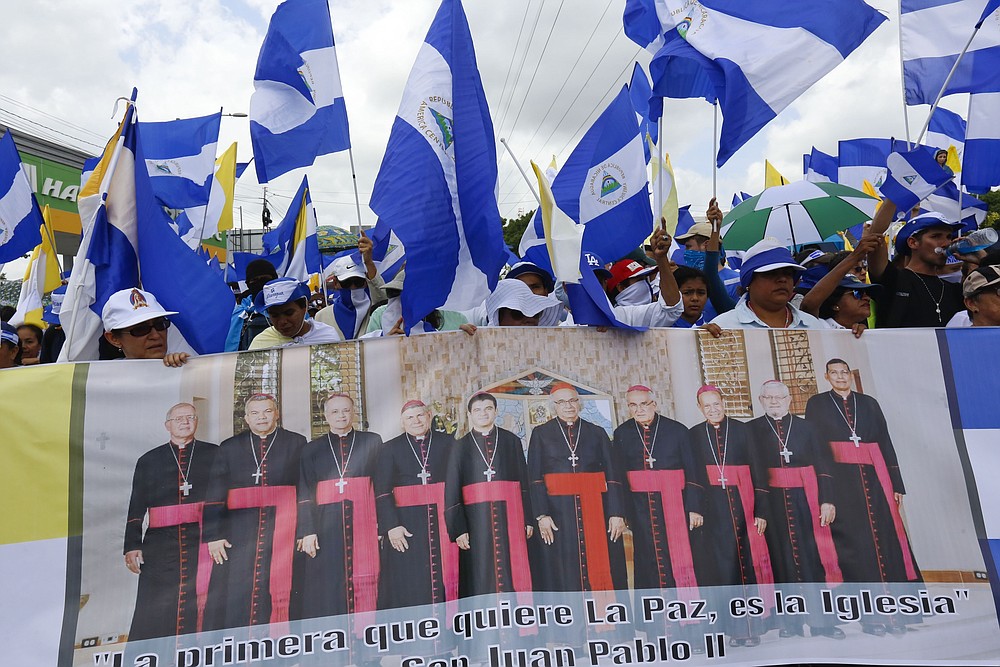 FILE - Anti-government demonstrators hold a banner featuring a group of Catholic cardinals including Nicaraguan Leopoldo Brenes, center right, and a quote from John Paul II that reads in Spanish, &quot;The Church is the first to want peace!&quot;, during a march supporting the Catholic Church, in Managua, Nicaragua, July 28, 2018. The Nicaraguan Catholic Church has been sympathetic toward protesters opposed to President Daniel Ortega's government. Ortega has responded by accusing some bishops of being part of a plot to overthrow him and calling them &#x201c;terrorists.&#x201d; (AP Photo/Alfredo Zuniga, File)