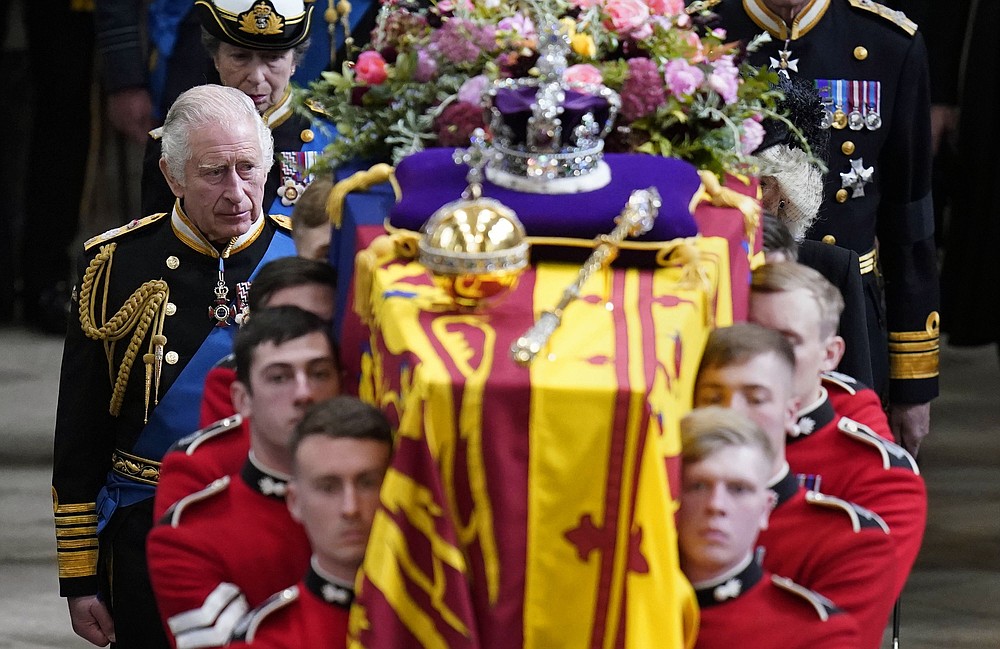 FILE - King Charles III and members of the Royal family follow behind the coffin of Queen Elizabeth II, draped in the Royal Standard with the Imperial State Crown and the Sovereign's orb and sceptre, as it is carried out of Westminster Abbey after her State Funeral, in London, Monday Sept. 19, 2022. King Charles III faces the task of preserving a 1,000-year-old monarchy that his mother nurtured for seven decades but that faces an uncertain future. The challenge is immense. (Danny Lawson/Pool Photo via AP, File)