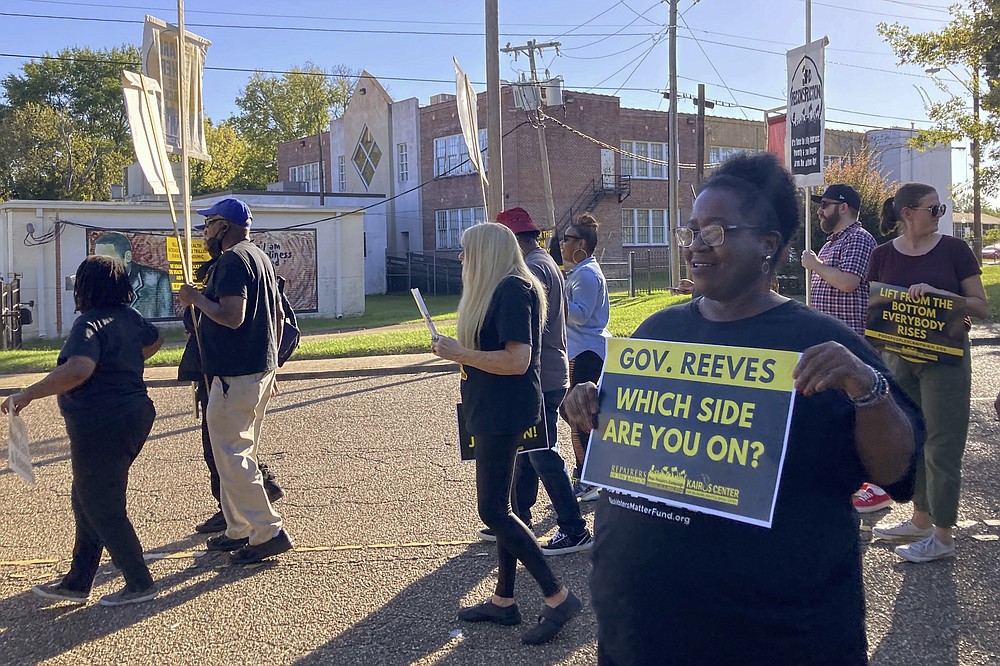 A protestor holds a sign aimed at Mississippi Gov. Tate Reeves during a protest on Monday, Sept. 26, 2022 in Jackson, Miss. Reeves, a Republican, blames Jackson's water crisis on mismanagement at the city level. The city&#x2019;s latest water troubles are far from its first, and they have stemmed from decaying infrastructure beyond one water treatment plant. The EPA said 300 boil water notices have been issued over the past two years in the city. (AP Photo/Michael Goldberg)