Reservation reflections: Local writer pens short story inspired by her days growing up 'on the Rez' 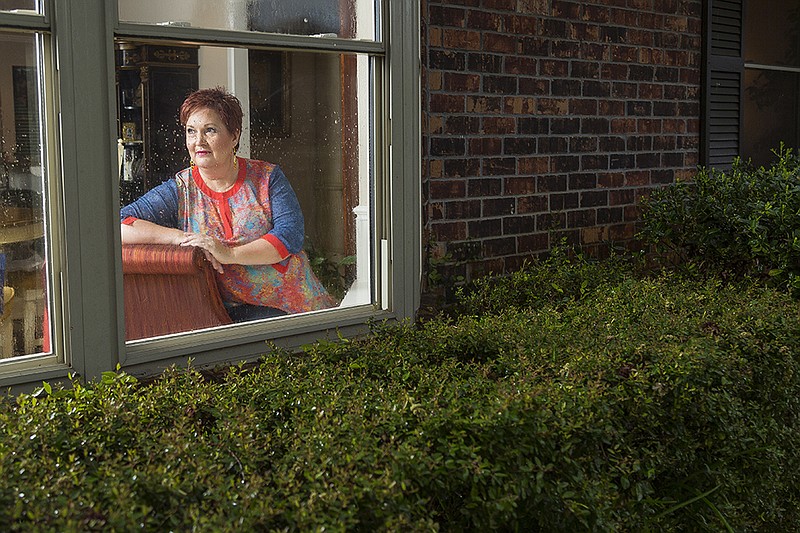 Local freelance photographer and writer Darla Clement has contributed a story to "Life of the Rez," an anthology of Native American writing and science fiction. Her story mixes her experiences growing up on the Flathead Indian Reservation of Northwest Montana with fictional elements.

It's also where local freelance photographer and writer Darla Clement was raised. And when she talks about life on the reservation, that's one of the first, most hopeful aspects that ripple through her words: a connection to the land. 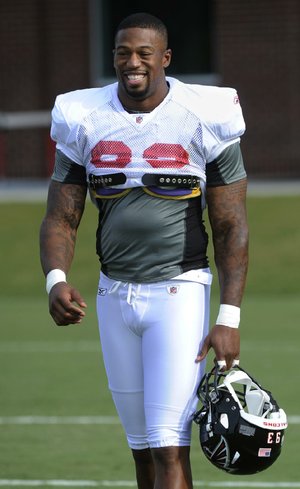 Photo by AP file photo
Despite a new $30 million contract and his efforts to recover from leg surgery, Atlanta Falcons defensive end Ray Edwards said he is letting his team down by not getting enough pressure on opposing quarterbacks.
Clement's life growing up on the Flathead reservation even inspired a short story she wrote. Titled "Old Blind Moses," it was recently included in an anthology of fantasy and science fiction stories, "Life on the Rez," published by Tree Lion Press. She thinks of it as the story she had to tell.

About "Old Blind Moses," Clement says, "I always wanted to write that story. It's just a little lighthearted story, and it's just something I've always had in mind I'd like to write just because there were a lot of fun memories."

Playing in the creek, running around barefoot, visiting the lake-they're among her treasured memories. Tuna salad sandwiches and picking huckleberries, too.

Of course, life on the reservation also afforded Clement a look at the flipside to nature's thriving beauty and those sweet-tasting memories. She saw the systemic problems that plague contemporary Native American life: alcoholism, domestic abuse, underdeveloped educational opportunities and more. 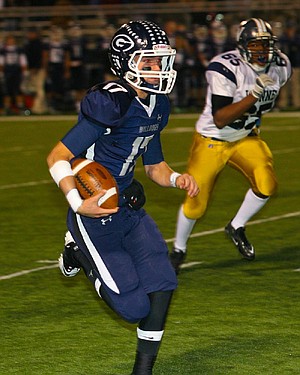 #17 Hayden Smith of Greenwood gets loose and picks up a first down during the first quarter.
In her own family, Clement's father was white, her mother Native. Both have passed away. She recalls that her father didn't like the Indian heritage, so Clement felt conflicted. Her parents divorced when she was young, so she and her siblings went back and forth between them. Different schools, a changing family life-they were always a part of her young life.

Clement says when it came to her heritage, she was "on the outside looking in." This bi-cultural heritage caused tension.

"My mom would talk about a Native girl more than once and declare, 'She went and ran off with a white man!' 'Mom,' I'd say. 'I married a white man. Did I run off?' She never answered. But then she'd repeat it later over and over."

Her dad didn't like her to mention she was Native. "So it was like I was Native but I grew up like a white person on the reservation," she recalled. She thinks what she describes as the "shame-based culture" around her was partly responsible. 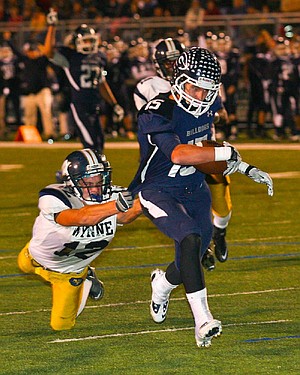 #15 Drew Morgan of Greenwood scores a first half TD on Friday.
About a decade ago, however, she was finally accepted as a member of a tribe. Rules are strict for her tribe's membership. She almost didn't accept it because she was so used to not being able to say she was Native. She thought it would lead to trouble. But she did become a tribal member, which helped her get college scholarships.

"Whenever I'd go home to my mom's house, that's where a lot of Native culture came into play, with my mom's home," she recalled of her childhood. She lived with her dad. "So at my dad's home we just didn't really talk about it." But with her mom, who was married to a full-blooded Native American, she saw another aspect of reservation life: the bar they owned.

"It's just the way it was," Clement said. They had an apartment by the bar, which appears in the story she wrote. She'd play outside in the street. Her older siblings tended to her. Eventually, her mother added food to the bar menu: a fried treat, specifically.

"We sold a lot of chicken because people who were drinking wanted a lot of that chicken," Clement remembers.

Clement suspects moving often as a youngster helped her appreciate different cultures, however. She wouldn't trade that experience for anything, she says.

Having grown up on a reservation, Clement observes the many contradictions apparent in reservation life. In her own, she was both completely immersed in Native life, at times, but also kept separate at others.

"It just depended on who I was living with at the time," Clement said. "So it's hard to put into a box what the Native life is like."

When she talks about the reservation, it's clear Native life is and was many things. But nature was always there for her. It gave her a safe space. As a youngster, she recalls, she loved playing in the dirt. That hasn't changed.

"One constant, though, was nature. No matter where we lived, there were ponderosa pines. Wildlife such as brown bears. Wildflowers. Streams," she says.

Clement recalls her adventures in those trees. "The pine tree limbs go all the way down to the ground. So a person can climb as high as they want," she recalled. "And I could totally climb the mountain rocks. I was like a billy goat jumping from one to another."

One of her favorite sounds is simply the wind blowing through pine trees. "It's like the forest constantly communicates," Clement said. Getting close to nature brings her closer to God, she believes, and she says there's no doubt that the writer of the Bible writes those "stories in the trees."

As part of her reconnection to her Native American roots, Clement went back to Montana for a several months and worked in the schools. She lived in a cabin in the woods. As a substitute teacher, she was impressed with one young, quiet boy with "tan skin almost like a brown bear and long brown hair."

This boy's story highlights some of the difficulty in reaching Native American youth in today's educational system. She says he was unable to participate in the standardized school curriculum. On the other hand, when she worked with him he flashed talent at communicating in a different, more visual manner.

"What he drew was a remarkable storyboard of how a mama deer protects a baby deer in the winter and has a burrow for it," Clement said. "It was one of the best storyboards I've ever seen."

In this way, he executed concepts above grade level, she says. "It takes a lot of thought, sequencing and understanding of cause and effect," she said. She suspects his connection to nature taught him this particular skill.

"But people didn't understand him because they are not familiar with that language," Clement said. "But the more one is involved with nature, the closer to God you become."

Clement's own memories of school are paradoxical. In one school, she learned to isolate herself from teachers and classmates, increasingly living within her own world. But of another, earlier school, she recalls a library filled with books, tasty lunches and programs that got the community involved. They made time to dance.

"We had square dancing every morning before school," Clement remembers. "It was such fun, and we began the day with laughter and gay times. It brought us all close as a student body."

Education is key for all, she says. She pinpoints this as the most important one for reservation life. She's seen the type of "inner city" programs that reach kids and benefit them.

"The privileged child is not the only one who has something unique to offer the world," she said.

She hopes to return to Montana and teach more on the reservation. It's about fostering awareness. "Just an awareness that there's an outside influence, and that the way the world is now a person cannot afford to keep their heads buried in the sand," Clement said.

You have to stretch yourself, she says. She doesn't want teachers to give up on students like that boy she worked with in Montana.

Wasted potential proves disheartening. Reservation life has this, too. So many Native parents don't send their kids to school, which puts them behind. And when they do send them, white teachers may not understand how to reach these Native kids, she says. The norm isn't working for them.

It's an artistic culture, rooted in storytelling. But students she saw may not be able to articulate their smarts verbally in the standard educational setting. That was the case with the boy and his storyboards. The school where she worked, luckily, was unique, having grade levels, but teachers met students at the level where they truly were in individual areas like math.

"There's a sense of desperation on the reservation. I can feel it. And I've heard others say the same Kids and adults need purpose. And the way to that is education," said Clement, who was the first one in her family to graduate high school.

She liked studying journalism there, and later in life she attended college, where she focused on communications. She also developed a love for photography, an expensive hobby she turned into professional work.

So for her, education became a way to find success. "I was just always very determined," she recalls.

To see how Clement celebrates her connection to her Native American heritage, check out the book "Life on the Rez." She's one of 13 writers included in the book. A portion of the proceeds for this book will support the American Indian Higher Education Consortium.