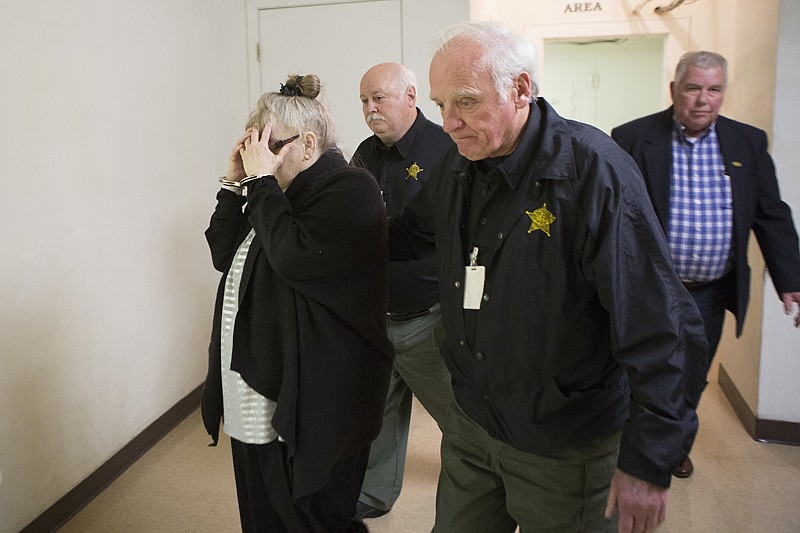 Virginia Hyatt 67, shields her face from the camera Monday evening as she is taken back to jail after being convicted of capital murder in the 2013 fatal shooting of a fellow square dancer. Hyatt blamed Patricia Wheelington for the end of her 40-year marriage. 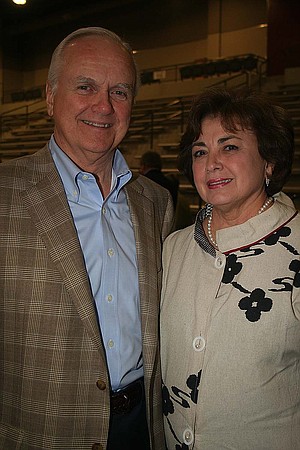