A first in the industry 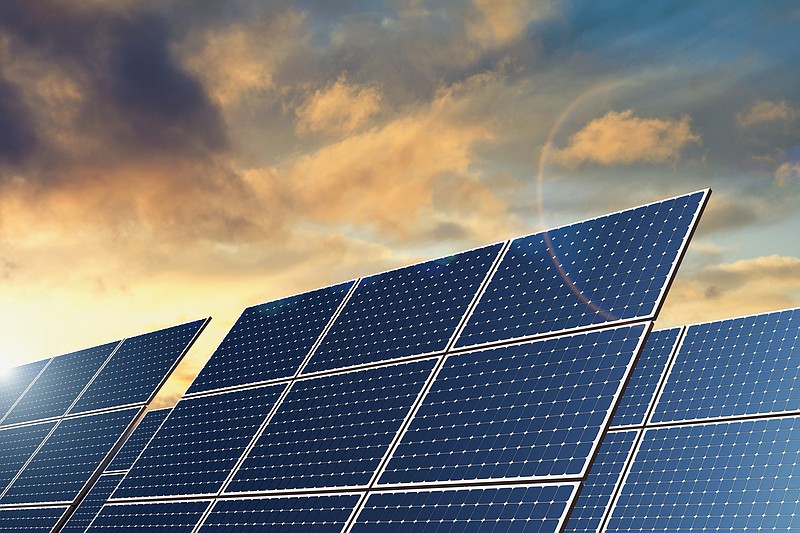 Construction will begin in the third quarter of this year and the plant should be operational by year's end.

City officials say they expect the project to be a $2 million venture, though the company did not immediately give a price estimate.

"It's a good thing and I think you will see more and more companies going forward with solar farms. Projects like this have been popular one day and then not as popular, but I think this is going to be a good thing," said Nashville Mayor Billy Ray Jones.

The solar farm will cover about 5 acres at the plant, the mayor said.

"It's all part of going green and using the sun to generate electricity and sell back to SWEPCO," said Jones.

The new center is expected to reduce coal-based carbon dioxide emissions by about 2,100 tons in the first year of operation and approximately 52,000 tons over the expected 25-year life of the plant.

An injection molding plant, which is how Nashville's Husqvarna site operates, is a manufacturing process for producing parts by injecting material into a mold, said Joe Wilson, a spokesman for Husqvarna.

The new solar power plant will be capable of producing 1.3 megawatts (1.3 million watts) of solar power, allowing Husqvarna Group to increase its share of electricity from renewable sources of energy and reduce the environmental impact of greenhouse gases and other emissions.

Husqvarna and Nashville officials have been working together to get the project to the construction phase, he said.

"The project has been on the burner for about three months," Dunaway said.

"It is important to demonstrate that we are serious and committed to contributing to a low-carbon future, and drive our industry to take action toward a more sustainable society. This new solar power plant will generate about 25 percent of the annual power required by our injection molding facility in Nashville."

The solar-powered plant is part of Husqvarna Group's sustainability journey, and the company's commitment to reduce its CO2 emissions by a third by 2035, officials said.

Husqvarna Group operates three facilities in the Nashville area. This newest solar generating system is scalable and has the potential to be expanded in the future.

"Nashville is popping right now. We will have the solar farm project, the expansion of the Weyerhauser sawmill, the Pilgrim Feed mill expansion and the Husqvarna 400,000-square-foot distribution center and the growth of the Mineral Springs school district. I'm proud of every bit of it," Jones said.

The group's products and solutions are sold under brands including Husqvarna, Poulan Pro, Jonsered, Weed Eater, Flymo, Gardena, McCulloch, Zenoah and Diamant Boart. Products are distributed through dealers and retailers in more than 100 countries. The group has more than 13,000 employees in 40 countries.