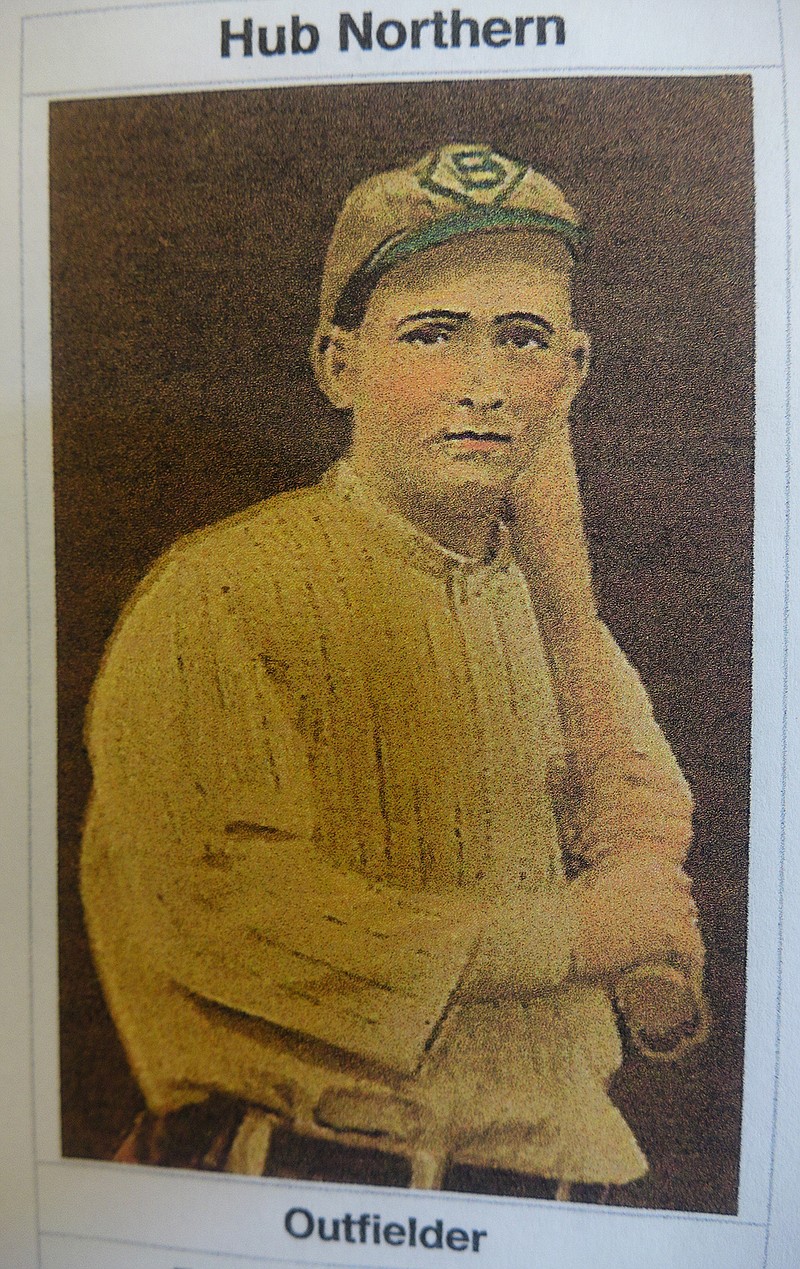 The first nominee for the Atlanta Athletics Hall of Fame will be Hub Northen (1886-1947), outfielder for the Brooklyn Dodgers. (Submitted photo)

Atlanta athletic traditions will be recognized with a planned Atlanta Athletics Hall of Fame recalling outstanding male and female athletes who competed at Booker T. Washington and Atlanta High School.

A selection committee of seven has nominated the first five members to be inducted in the hall. Formal entry will be at the Atlanta-Pleasant Grove football game here Friday, Sept. 14.

"These five athletes or coaches have served as the founders of a great tradition from high school to college to the professional ranks in some cases," hall of fame promotion leader Gordon Pynes said. "The public will be amazed at the sports history created by Atlanta athletes across a broad spectrum of competition."

The committee patterned its hall of fame project after ones in Kerrville, Brenham and Brownwood. No more than five or fewer than three candidates will be inducted each year. Criteria for induction include competing and coaching for the two Atlanta schools with lettering in at least one sport. No member serving on the committee is eligible, and all athletes nominated must have been out of high school for at least 10 years. All will have exemplary character in their adult life.

Metal plaques honoring each will be placed in the entryway under the Rabbit Stadium press box.

After the first induction, the public will be encouraged to nominate candidates. The selection committee will oversee voting. Each nominee will remain a candidate from then on whether selected in that round or not.

"Our athletic history in Atlanta reflects a very impressive list of athletes. Competition to gain a place will be very difficult. To maintain what is now the Rabbit tradition and honor the beginnings of sports in our town, this hall will be designed to do exactly that," Pynes said.

Establishment of the Hall of Fame will require funds to pay for the lettering and each plaque. The plaques will be metal and contain a brief description of the athlete and have their image displayed.

"We hope the Atlanta public and every sports fan will help with their donation of funds. All donations will be tax exempt. Checks should be made to Atlanta Athletics HOF and can be sent to P.O. Box 637 in Atlanta," Pynes said.

In coming weeks, the selection committee will announce in a series of articles the first five to be honored. The first nominee Hub Northen is detailed below.

Hub Northen was born in Atlanta on Aug. 16, 1886, and grew up to become a major league baseball player for three years and a minor league player for 13 years.

He was the regular center fielder for the Brooklyn Dodgers before being replaced by Casey Stengel when Northern became ill.

He threw and batted as a left hander. In his early career, he played in the Cotton States League for the Monroe Municipals. He last appeared in the East Texas League in 1924 for the Texarkana Twins.

After his retirement, he worked as a scout for various teams including the Chicago White Sox and the Shreveport Sports of the Texas League.