Even for toddlers, joint custody is the best option 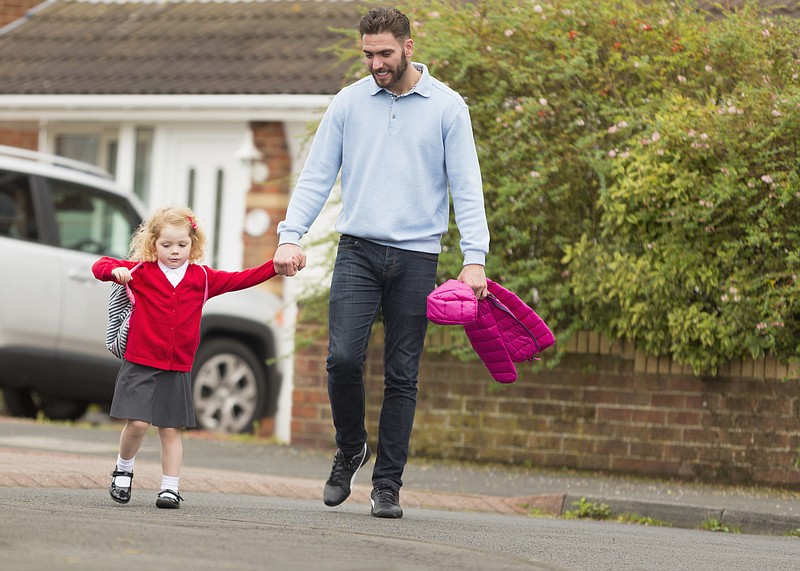 A father walks his daughter to school.

Dear Mr. Dad: My wife and I are getting divorced. She has filed for sole custody of our two children, ages 2 and 4. I've always been a very involved dad and my wife knows how important my kids are to me. I asked why she's asking for sole custody and she says that her lawyers told her that it's better for young children to be with their mothers and that spending overnights with fathers can cause all sorts of mental health and behavioral problems. If that's truly what's best for my children, I'm willing to go along with her having full custody, but my gut tells me that she and her lawyer are wrong. Can you help?

A: Your gut is right. Psychologist Richard Warshak published a study in which he analyzed dozens of relevant research and scientific studies on joint custody, shared parenting, and parenting plans, especially those involving young children. His conclusion was quite clear: "The evidence shows that shared parenting should be the norm for children of all ages, including sharing the overnight care for very young children," he wrote. In addition, "prohibitions or warnings against infants and toddlers spending overnight time in their father's care are inconsistent with our current understanding of child development." 110 experts from around the world endorsed Washak's findings.

In my view, you'll be doing your children (and yourself and your soon-to-be-ex) a great disservice by not actively seeking 50/50 joint physical and legal custody of your children. Except in cases where children need protection from an abusive or neglectful parent (which seems to not be applicable to your situation), children in shared parenting (joint physical custody, or JCP) families do better than children in sole physical custody (SPC) families, according to Wake Forest University researcher Linda Nielsen.

Nielsen based her conclusions on an analysis of 54 studies comparing outcomes of children in SPC and JPC situations. Specifically, she found that JPC kids had better outcomes in academic achievement, emotional health (anxiety, depression, self-esteem, and overall satisfaction with life), behavioral problems (bullying, delinquency, misbehavior, drugs, alcohol, and smoking), physical health, stress-related illnesses and relationships with their parents and others.

Nielsen also found that even in cases where there was a high degree of conflict between the divorced parents, JPC children-even very young ones-still had better outcomes than those in SPC.

Another significant problem with anything other than joint physical custody is that it hurts-often irreparably-father-child relationships. According to researchers Donald A. Gordon and Jack Arbuthnot, "only a third of children in sole residential homes see their other parent at least once a month. Another third have contact less than once a month; half of these have contact less than once a year. A final third have no contact at all with their non-custodial parent." Sometimes this is the fault of the custody arrangement itself. But other times, dads gradually fade away, usually because it's too painful to see their children so rarely, because the custodial parent has turned the children against the non-custodial parent, because the custodial parent has moved the children too far away, or because the non-custodial parent (who is almost always the father) comes to believe that he's no longer of any importance to his children.

As we've discussed many times in this column, dads are just as important as moms, and make different-but equally valuable-contributions to their children.

So, while I hate to advocate for adding any more conflict to your divorce, I think it's vitally important that you do everything in your power to fight for joint custody. And if, as you say, your wife knows how important your children are to you, she'll do everything in her power to support you.