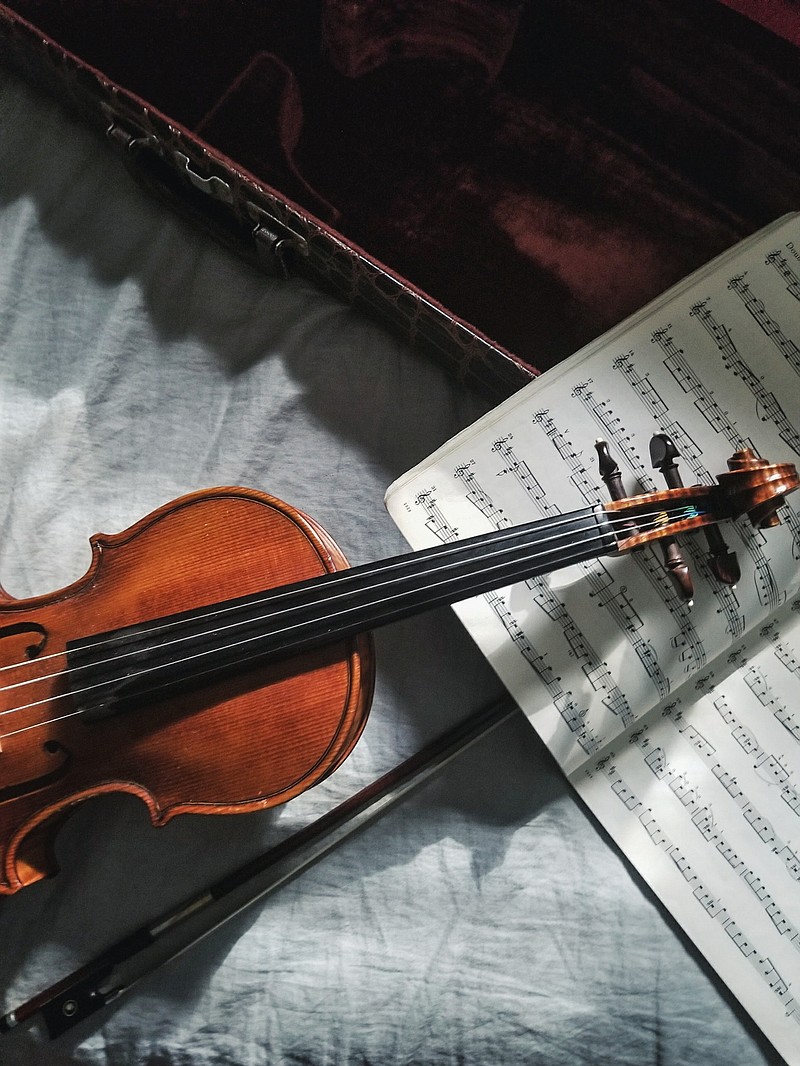 Leave it to Kiril Laskarov to conjure a positively exquisite rendition of Felix Mendelssohn's "Concerto in E Minor" at Saturday night's season-opening Texarkana Symphony Orchestra concert at the Perot Theatre.

Local audiences may have seen the TSO perform this Mendelssohn classic when violinist Elena Urioste joined the orchestra on stage as a guest artist more than five years ago.

But hearing it again in Texarkana with the TSO's own concertmaster as featured artist most assuredly made this second time around "twice as nice," to coin a T-Town slogan. That theme of "twice" is apparent, too, in Laskarov's performing once again with a Stradivarius at the Perot.

When Laskarov, truly a TSO friend for this "Musical Friends" concert, last performed here in spring of 2017 with this vintage beauty, called the Le Brun Stradivarius, he said then, "It inspires me to search for new dimensions within the sound and fully express my inner feelings and emotions. I am delighted that Texarkana Symphony patrons will be able to see and hear a historically important instrument."

That time it was for a Tchaikovsky concerto, but this time around Laskarov was equally adept at conveying those deep-rooted emotions he finds inside the music, this time plucked from Mendelssohn's Romantic masterwork. Laskarov's playing feels simultaneously dreamy and earthy, a sound that effortlessly carried the listener along the entirety of this work.

Laskarov and the concerto were greeted Saturday night with unbridled love from the audience, prompting an encore of "Meditation" from Jules Massenet's opera "Thais," performed with violin and piano, a perfect and elegant way to close before intermission.

The concert's second half ventured into new territory for the TSO with "Enigma Variations" by Edward Elgar, marking the first time the TSO performed this English composer's work. Seeing the TSO start a new season this way was uplifting to experience.

As well, seeing the TSO continue its commitment to exposing a local audience to modern and contemporary American composers remains encouraging with the new season, the orchestra's thirteenth.

The TSO opened the program with a remarkably entrancing, beautiful composition, "Finding Rothko" by Adam Schoenberg, a four-movement work which took as its inspiration the paintings of Mark Rothko the composer viewed at the Museum of Modern Art. Titled "Orange," "Yellow," "Red" and "Wine," the movements felt distinct but interconnected.

Just as Rothko's explorations of color's essential power seem of a piece, so to speak, from painting to painting, so too are these movements with the repetition of a Rothko "theme" with this work.

"Finding Rothko" starts softly, sort of like the low murmur of a quiet stream, and then grows to a simmer, rising up with more intensity and punch, then builds to something larger, more insistent. The woodwinds, in particular, give this composition a captivating, delightful urgency, and the orchestra players translated the subtleties of the composition in a way that made it a warm and rousing way to kick off the season.

Following a dozen years of guidance from former TSO conductor Marc-André Bougie, it's clear Bougie helped build a strong and dynamic TSO that is plenty capable of navigating new territories with this foundation.

Guest conductor Steven Jarvi brought to the stage not only an impressive resume (including a spell as resident conductor for the St. Louis Symphony), but also a demonstrative enthusiasm that was met by an audience who was equally as demonstrative in showing enthusiasm for the TSO's musical capabilities this night.

The enthusiasm was infectious, apparently, judging by the standing ovations.

Here's to many more of them this season.