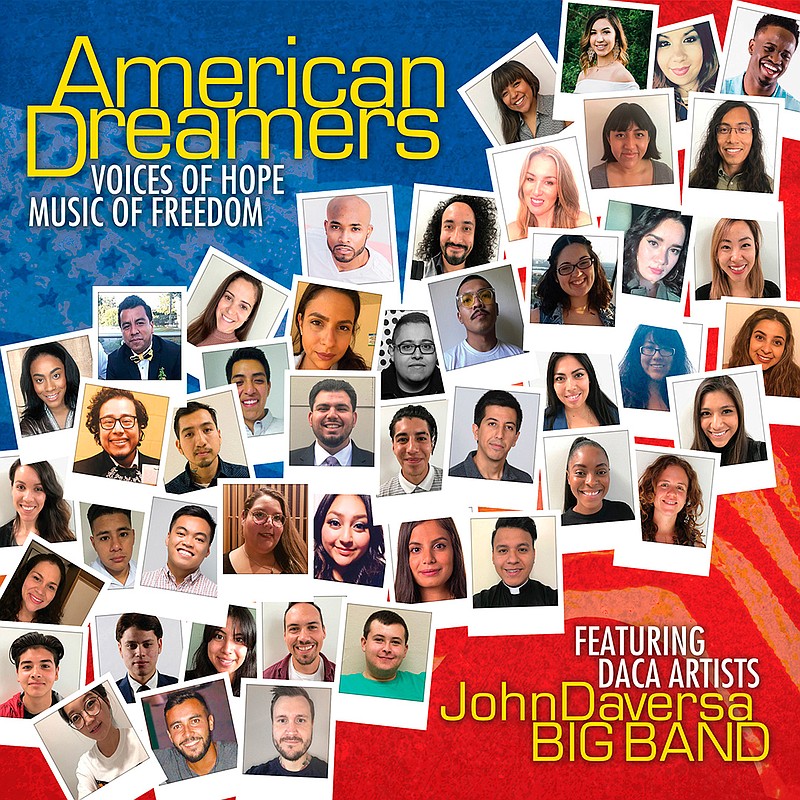 As a certain recent Nobel laureate from Minnesota once said, we live in a political world. "American Dreamers" is a political album but also a collection of outstanding tracks that target both your senses and your conscience, presenting the musical talents of young people, often called "Dreamers," brought to the U.S. illegally as children and who now face an uncertain future as politicians are at a stalemate over their fate.

The album includes testimonies from a handful of those young musicians-Juan Carlos, an organist from Mexico; Saba, a pianist and singer from Pakistan; Maria, a flutist from Venezuela; and Caliph, a rapper from Senegal, among others-each followed by tunes they perform along with other "Dreamers" and a big band of professionals led by John Daversa.

Daversa is a Grammy-nominated trumpeter, composer and arranger who masterminded this project-along with producers Kabir Sehgal and Doug Davis-and a top jazz cat at the University of Miami's Frost School of Music, where the main recordings were made.

Daversa's talents are one of the keys making the album such a rewarding musical listen, as his arrangements expertly integrate the "Dreamers'" talents with the big band and put exciting twists on several well-known tunes and a few originals.

Among the many highlights are Caliph's rapping and the horns on Led Zeppelin's "Immigrant Song," the all-percussion "America" from "West Side Story," a take on James Brown's "Living in America" where the refrain sometimes sags as if reflecting their exhausting situation, and "Dreamer" Daisy Cardozo's vocals on Woody Guthrie's soul-wrenching "Deportee (Plane Wreck At Los Gatos)."

The 53 "Dreamers" on the album come from 17 states and 17 countries of origin but they share the same desire: to be recognized as Americans. Listening to this album, you'd have to have a tin ear to not appreciate their abilities and a cold heart to not recognize their aspirations.-Pablo Gorondi, The Associated Press