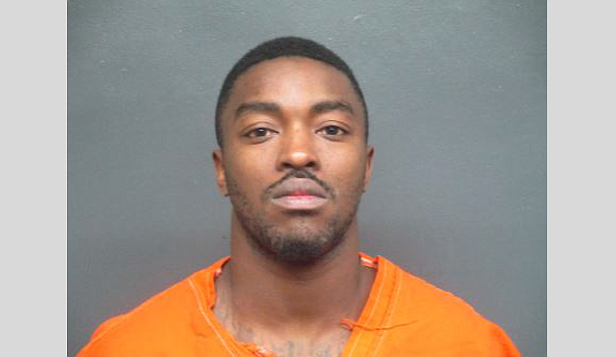 NEW BOSTON, Texas -A Bowie County sentenced a Texarkana man who inadvertently shot and killed his wife while aiming at someone else to 55 years in prison Friday.

The jury of eight women and four men began deliberating the case of Travon Walker, 27, late Thursday afternoon. They were sent home for the night after a couple of hours and returned to the Bowie County courthouse to continue considering the case Friday morning. Shortly before noon the jury returned a verdict of guilty which was read aloud by 5th District Judge Bill Miller.

Mid-afternoon Friday, after hearing testimony concerning the punishment Walker should receive, the jury recommended a 55-year prison term. Walker will be held in the Bowie County jail until he is transported to the Texas Department of Criminal Justice.

Texarkana lawyer Josh Potter, who represented Walker, said he and his client are disappointed in the verdict.

"This was an extremely difficult case for all parties involved," Potter said.

Walker picked Lee up on the night of Jan. 30, 2018, from her job at a jewelry store in Central Mall. A friend of Walker's, Chris Shavers, asked him come to the Apache Trail area of Texarkana, Texas, as Shavers was meeting a man there to fight.

On Apache Trail, Shavers handed a 9 mm Taurus pistol to Walker while Shavers engaged in a fistfight with Murquan Neal. When the fight was over, Walker fired a shot into the air that sent a large crowd running and then fired additional shots in Neal's direction.

Lee was standing in an alleyway near Apache Trail and was struck by one of the bullets Walker fired from Shavers' gun. She died in the early hours of Jan. 31, 2018, at a local hospital.

Assistant District Attorney Katie Carter elicited testimony in the guilt/innocence phase of Walker's trial which detailed the thorough and exhaustive investigation conducted by Texarkana, Texas, police and the Bowie County District Attorney's Office in the case. Carter focused in her closing arguments on the danger Walker put all of the residents in the neighborhood of duplexes when he started shooting.

"I want to thank each member of the jury for their undivided attention throughout this week," Carter said. "Hopefully the sentence handed down by the men and women of this jury will allow the family of Kaitlin Lee some closure for this part of their grieving process."