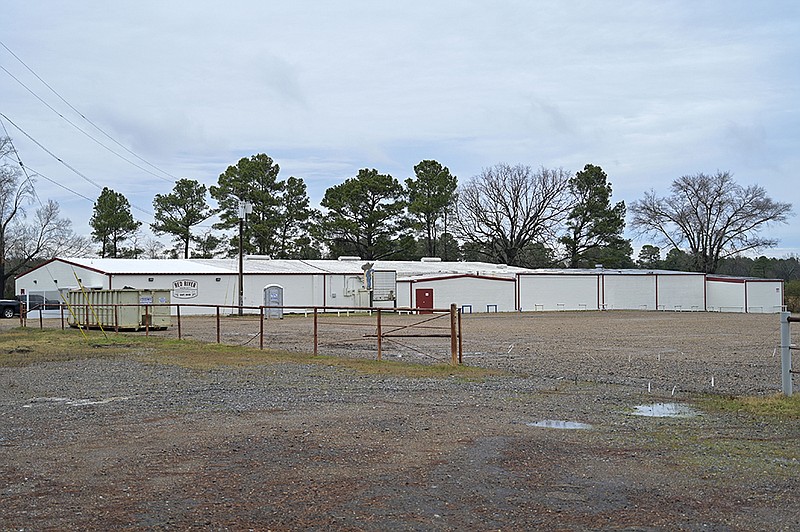 Future medical marijuana dispensary Red River Remedies, in the former Electric Cowboy night club, is shown Tuesday, Dec. 10, 2019, in Texarkana, Arkansas. The dispensary is close to opening, according to a representative.

State inspectors last week told the company that some changes must be made before the Arkansas Medical Marijuana Commission would approve the facility's opening, Mash said. Those changes could be completed by the end of the year, though an exact timetable is difficult to specify.

"We want, and I'm sure the state wants us, to be open as soon as possible after that," Mash said. "It's been a long journey."

The company chose Texarkana as its location in large part because of the city government's "very welcoming" attitude, which was "a breath of fresh air" after trying to work with other cities, Mash said, adding that complying with all local and state regulations is the top priority.

Red River Remedy will be known for customer service and product knowledge, as well as for being a local Arkansas business, Mash said. All employees live in Texarkana, with some having recently moved here, and any future hires will be local, too.

The other Texarkana dispensary, Bloom Medicinals, is part of a multi-state chain based in Florida. The Medical Marijuana Commission recently approved its opening, though when that will happen is unclear. On Tuesday, Bloom Medicinals did not immediately respond to an email requesting further information.

Rx Med Inc. is a group of professionals who saw the efficacy of medical cannabis and wanted to help qualified patients access it, Mash said.

City Manager Kenny Haskin said the city welcomes the dispensaries, which "will add needed sales tax revenue providing us with more opportunities to serve our citizens."

"Both dispensary owners have history and experience in medical marijuana and have thus far been great partners and cooperated with the city in ensuring that our regulations and those of the state of Arkansas are followed," Haskin said.

Public records show that Bloom Medicinals paid the city's required $7,500 license fee in February and Rx Med did so in July.

Two of Zone 8's dispensaries are planned for Texarkana, one for El Dorado and the fourth for Arkadelphia.

This story has been corrected. An earlier version referred to the dispensary as Red River Remedies. Red River Remedy is the correct name. The Gazette regrets the error.