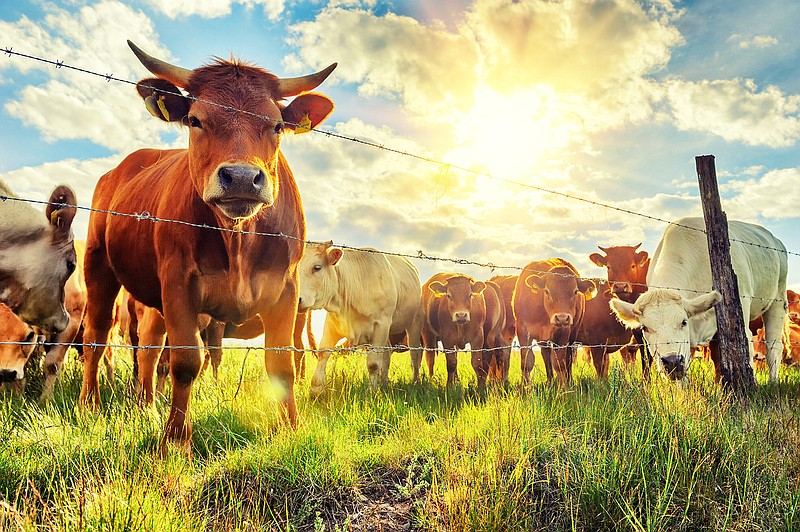 Cattle theft is a lot different than the way it was in the Old West.

But it still happens and the loss of livestock can be a big financial loss to a rancher.

"A lot more technology involved in these cases than most people think," said Jeremy Fuchs, spokesman for TSCRA.

"There is not as much riding out on horses after people," Fuchs said.

Other times the thefts involve bounced checks or other financial

In April, investigators Bo Fox and Larry Hand met with a Cass County rancher near Hughes Springs, Texas, who sold cattle to a suspect. According to Fox, the rancher was led to believe Thompson was purchasing cattle on behalf of Strain Feeders, a bonded feeding operation in Louisiana.

Thompson purchased and took possession of more than $56,000 in cattle in December 2018. He paid the rancher with a personal check, but it was returned due to insufficient funds. Thompson wrote two additional checks, both of which also bounced.

The rancher finally contacted Strain Feeders and was informed that the cattle Thompson picked up at his Cass County ranch in December were repossessed due to nonpayment for cattle purchased by the rancher from Strain Feeders.

The 30 commissioned peace officers who serve as the Texas and Southwestern Cattle Raisers Association special rangers investigate approximately 1,000 agricultural crime cases and recover an average of $5 million in stolen cattle and assets for ranchers, annually.

TSCRA special rangers are stationed in districts in Texas and Oklahoma where they:

Inspect livestock to determine ownership and prevent theft after a natural disaster such as wildfire, flood or hurricane

Determine the ownership of estray, or stray, livestock

Brand cattle and horses. Make sure the brand is recorded with the county clerk.

Don't establish a routine when feeding. Vary the times you feed.

Be cautious about who gets keys and combinations.

If possible, park trailers and equipment where they are out of view from the roadway.