Feel the comedy of Earthquake Friday 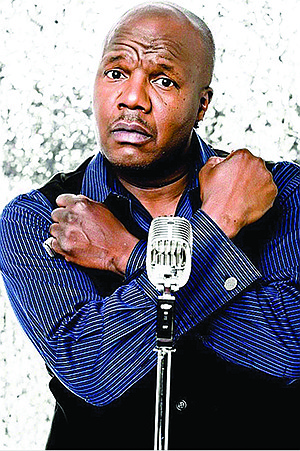 Get ready to rumble with laughter Friday, July 5 at the 4th of July Comedy Explosion with comedian Earthquake as headliner.

Presented at 8 p.m. by Derrick Keener's DK Productions and KTOY at the Texarkana, Ark., Convention Center, the comedy show features the stand-up talents of a comedian known for his former radio show on WBLS, appearances at Shaquille O'Neal's All Star Comedy Jam Special and All Star Def Comedy Jam, a recurring role in "Everybody Hates Chris" and a supporting turn in the movie "The Longshots."

Earthquake (real name Nathaniel Stroman) also taught Keener, says the Texarkana-based comedian who will host the show and toured with Earthquake in the past.

"It's a night of fun, a night of laughter. A night of, 'Man, let your hair down.' There's enough stuff in this world to make you cry, so you might as well laugh while you've got the chance," Keener said. Expect to forget about your cares and problems for two hours and laugh your butt off tonight, he said.

"Earthquake as an entertainer? Earthquake is, as D.L. Hughley put it, quietly one of the best comics in the world," Keener said.

Keener said he toured with the elder comedian for about four years with shows like Fred Hammond's "Festival of Praise" tour. Earthquake's WBLS show was tops in New York City and Earthquake can be heard on Laugh Out Loud Radio with his own show, he said.

During his time touring with Earthquake, he learned a lot about being a comedian. "It was 'go out there and be funny,'" Keener said of the encouragement Earthquake gave him to spread his wings and do it on his own.

"He just taught me, don't take any prisoners, don't hold back, go be as funny as you need to be each and every night. We had a blast touring this country together," Keener recalled.

In a world with so much going on in the news, what does Keener find himself joking about these days?

"All of it," he says with a laugh. "It's all of it. My personal life. There are so many similarities. It's not a black show, it's not a white show, it's not a Hispanic show. We laugh about everything. Everybody's got a family. Whether you like them or not, we've all got a family, and so I find myself making jokes about me and my family, me and the crazy stuff that goes on at work on a daily basis."

Jokes about everyday life are where it's at for Keener.