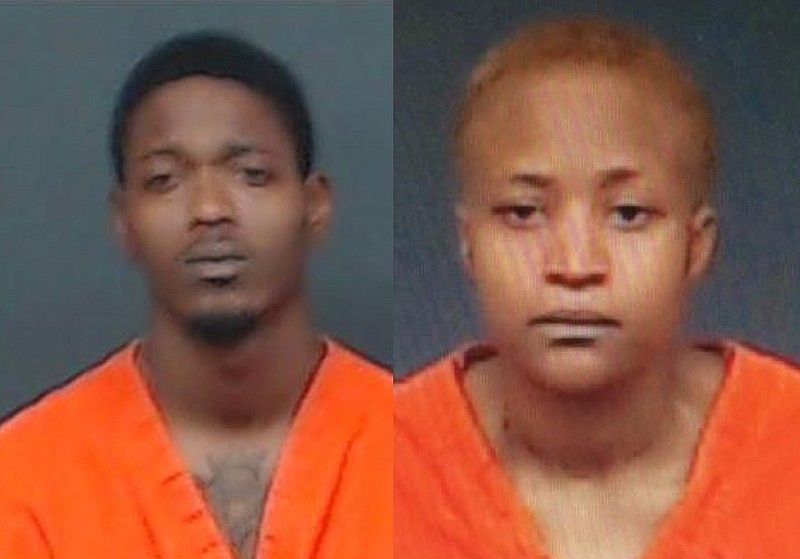 In this mug combo Benearl Lewis, left, and Khadijah LaShawn Wright are shown.

NEW BOSTON, Texas-A mother who failed to protect her children from their violent father was sentenced to 99 years in prison Friday by a Bowie County jury. 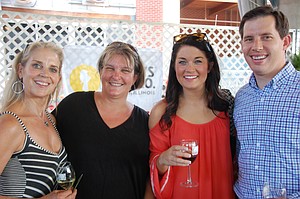 Lewis is serving a life term for murder in connection with the death. Autopsy photos and medical expert testimony illustrated the severity of the trauma little D'Money suffered. A head injury caused bleeding and swelling that pushed his brain down into his spinal cord. Vital organs, such as his pancreas, liver and kidneys, were damaged.

Externally, doctors noted linear strike marks on his inner thighs, bruising on his back, and scars that told a story of chronic physical abuse.

"It's tragic anytime there's a loss of life but especially when it's the most innocent among us, a child," Crockett said. "Nothing that happened today will fix what happened to D'Money. I'd like to get to a point in life where we can find a medium when a tragedy like this occurs. Khadijah was never a threat to anyone until she became involved with a manipulative monster who has managed to ruin every life that he touched."

"Two separate Bowie County juries weighed the evidence against Khadijah Wright and Benearl Lewis and rendered punishment verdicts of 99 years and life-making sure that those two will never be able to abuse or neglect another child. The overwhelming evidence of the horrific and continuous child abuse the Lewis children endured for years will not soon be forgotten by all of us in law enforcement who have investigated and prosecuted these cases," Crisp said. "It is inconceivable that this child's life would hold so little value to these parents that they would wait until their child was dead before seeking medical care in an effort to protect their own interests. These Bowie County citizens placed the highest value on that baby's life, even when his parents didn't."

Wright and Lewis repeatedly violated the safety plan that prohibited Lewis from being alone with the children or from spending the night in their home. Wright lied to investigators by telling them that he wasn't living with her and the children and deceived them by hiding Lewis when caseworkers made home visits.

Testimony during the trial revealed that child welfare agencies in three states had investigated allegations of abuse and neglect for D'Money and his three siblings 19 times beginning in 2013. The couple often moved from one state to another so that investigations would be closed.

Assistant District Attorney Lauren Richards reminded the jury in her closing remarks that Wright came to her child's wake wearing disposable flip-flops commonly worn just after a pedicure. She also pointed out that, despite having sworn to Interim Wake Village Police Chief Todd Aultman on March 8, 2018, that she was done with Lewis, she was with him when he was arrested for murder during a traffic stop March 10, 2018, and had gotten permission from law enforcement to kiss him before he was driven away in a patrol car.

"She chose Benearl Lewis over holding that baby's hand the first day he walked into kindergarten," Crisp argued. "She chose that monster over her child."

Crisp rebutted an argument by Crockett that Wright couldn't have known what would happen when she left her youngsters in Lewis' care. Crisp pointed out that D'Money was hospitalized at 4 months of age with a bleeding brain. Lewis was one of several people who'd had access to D'Money that day in August 2013 and was never charged.

"That's like throwing a match in a pail of gasoline and saying I didn't know my house was going to burn," Crisp argued. "She didn't know? It was inevitable."

The jury returned a guilty verdict after less than an hour of deliberation.

Speights said the girl was in need of round-the-clock oxygen as a baby because of her premature birth. Wright failed to administer the gas despite a fully functioning tank being present in her home. The girl was also treated for "failure to thrive," a condition that typically results when a baby's health wanes from a lack of attention and physical contact with a caregiver.

Speights said that six Child Protective Services workers were demoted or fired after D'Money's death for their failure to adequately communicate with their sister agencies in other states.

Crockett called only one witness during the trial. Psychiatrist Alauna Curry of Houston testified that she diagnosed Wright with depression and post-traumatic stress disorder resulting from past and current life stressors that contributed to Wright's failure to leave Lewis or protect her children.

The state is allowed to have a defendant examined by an expert of its own when the defense gives notice of its intent to use one in cases like Wright's. However, case law prevents the state from knowing the findings of their own expert until after the defense's expert has given testimony.

Following Curry's testimony, 5th District Judge Bill Miller placed the trial in a recess so the state could review-for the first time-the findings of psychologist Christine Reed of Dallas.

Reed testified that she arrived at a diagnosis of "malingering," a term used to describe someone who is faking symptoms. Reed said Wright appeared to be lying about hearing voices and attempted to place herself in the "best light" during a face-to-face assessment last week that lasted approximately five hours.

Trial testimony showed that Wright rushed from her job at a local manufacturing plant mid-shift on March 6, 2018, at approximately 2:15 p.m. after receiving a message from Lewis. About two hours later, the two asked officers working a traffic accident in Texarkana, Texas, for help with a child who wasn't breathing.

"She got back to her house and she knew that baby wasn't right. She sat there and she waited for the last breath to leave his body and he turned cold before she got help. What kind of human being can watch a baby turn cold?" Crisp asked the jury in her final argument. "We can't bring D'Money back, but we can give him justice."