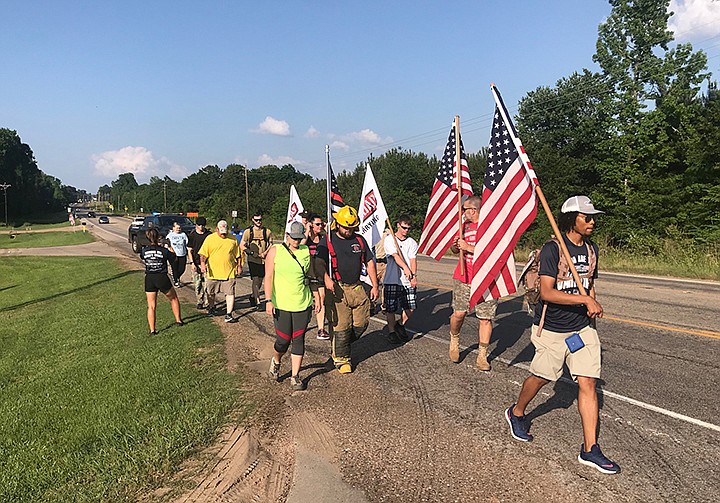 Branden Fox from Indianapolis, a member of Carry the Load, leads a 5-mile segment of the 3,800-mile journey Thursday in Texarkana. Photo by Tom Morrissey

With Memorial Day almost here, a patriotic group consisting of six bicycle riders and walkers peddled into Texarkana on Thursday afternoon to not only memorialize military veterans but also first responders.

The group, known as Carry The Load, made its seventh visit to Texarkana since organizing in West Point, N.Y., in 2012, said Stacy James, one of the supporters.

This time each year, the group bicycles and walks 3,800 miles in 32 days from West Point to Dallas with the Sunday before Memorial Day being their journey completion date in Dallas. 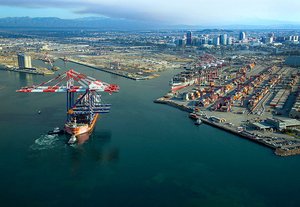 James said the group bikes and walks the distance regardless of wet or dry weather.

"We are doing this to bring awareness to not only the sacrifices our military veterans make, but also our first responders in law enforcement, firefighting and emergency medical service," he said.

"We also have about 10 partnership groups that help us conduct fundraising for our veterans and our first responders."

James also said the effort started when two Navy Seals decided to restore Memorial Day's true meaning and purpose-to honor and remember the sacrifices of veterans rather instead of turning the day into a commercial holiday for shopping for bargains.

"We also raise funds to help the kids of first responders and veterans get college scholarships," James said. "We should be in Dallas by 10:30a.m. Sunday.