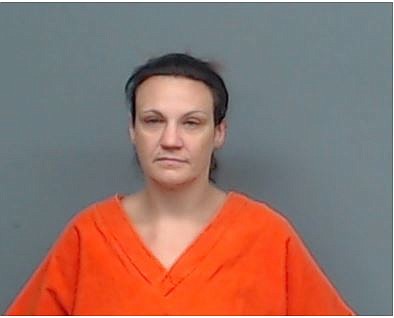 Linda Michelle "Gucci" Dooley, 38, is accused of setting up a profile for a 16-year-old girl on skipthegames.com, a site which allows users to post free advertisements for "escort services," according to a probable cause affidavit. Dooley allegedly arranged for the girl to prostitute herself with "approximately five clients per day" at a cost of $200 per encounter.

The alleged victim was reported missing March 10 to the Bowie County Sheriff's Office. Investigators determined that the girl had been advertised on social media and internet sites promoting prostitution and that she might be staying at Dooley's residence in the 500 block of Waterman Street in Texarkana, Texas, according to records.

Investigators received information from a woman who had allegedly been in contact with the girl and who said she was trying to get the girl to leave the Waterman Street house. The woman allegedly arranged to meet the missing girl at a local motel less than a week after she was reported missing while BCSO investigators conducted surveillance.

The girl was found March 14. She reported that Dooley was letting her live in the Waterman Street house and arranged for her to meet "clients" and have sex with them in her home. The girl said she left her family's home in the Texarkana area because of "family issues."

"She alleged that Dooley kept most, if not all, of the money to cover expenses related to housing," the affidavit states. "It appeared that she was not fully aware that she was being trafficked for sex. (The alleged victim) has resolved herself to the belief that this was simply a cost associated with making her own way."

Dooley was allegedly aware of the girl's age.

Dooley is currently being held in the Bowie County jail with bail set at $75,000. The case has been assigned to 202nd District Judge John Tidwell. A date for Dooley's arraignment has not been set.