Contractor, TTPD: Stay out of the Grim 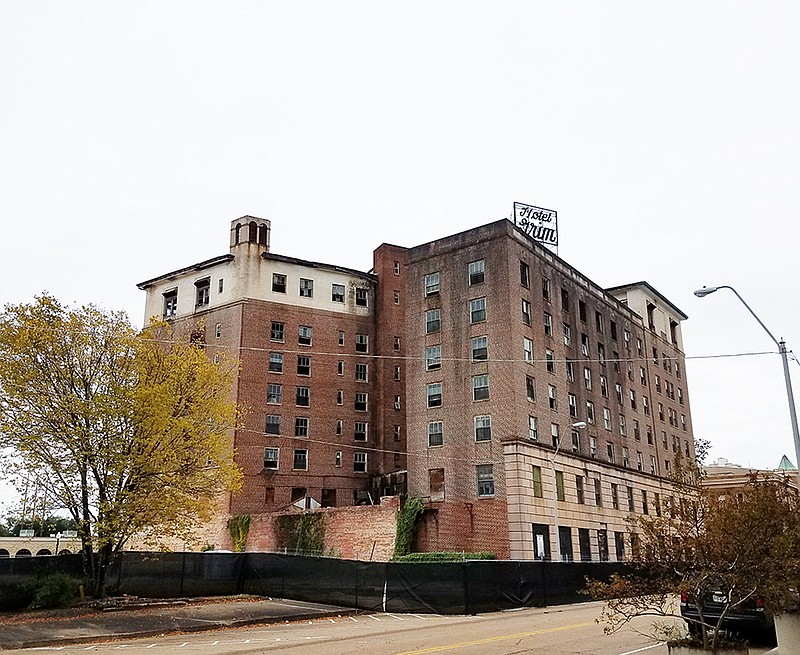 TEXARKANA, Texas - Keep out. That's the message from builders and local police to anyone thinking about entering the Hotel Grim.

Spokesmen for Texarkana, Texas, Police Department and the general contractor overseeing the building's renovation warned the public on Tuesday that going in is unlawful and dangerous.

As work begins on removing asbestos and other toxic materials from the Grim, those seeking thrills or souvenirs inside could get more than they're looking for, said Tim Minson with developer Cohen-Esrey.

Asbestos exposure is known to cause lung cancer and other diseases. Those who work removing it wear personal protective gear including respirators that prevent them from inhaling asbestos fibers in the air.

"Once we stir the dust up, it becomes a very hazardous area," Minson said. "You would be better off breaking into the police station."

A system of air filters and plastic sheeting sealing off the building's interior prevents any airborne hazardous materials from endangering the public outside.

"There are 'keep out' signs and a fence completely enclosing the property, so there is absolutely no question about whether people are welcome to go inside the building," Vaughn said. "Regardless of the circumstances, anyone caught there will be arrested for criminal trespass."