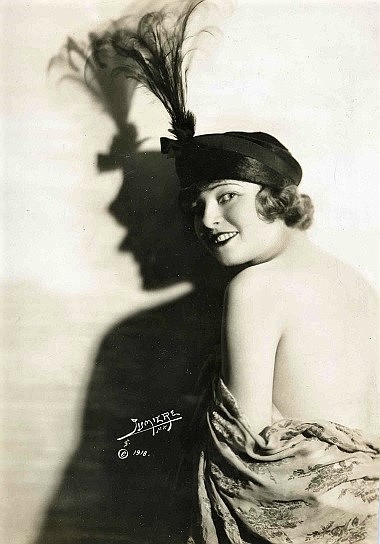 Silent film star and Texarkana, Texas, native Corinne Griffith poses for a portrait in 1918. From 1924 until the end of her silent film career in 1930, she was the executive producer of most of her films.

TEXARKANA, Texas - Success in early Hollywood was not the end of Corinne Griffith's journey, but its beginning.

Born on the Texas side in 1894 to John Lewis Griffin and Ambolina Ghio, Griffith found her way to the silver screen by way of New Orleans, where she attended Sacred Heart Convent School.

When her father died, she, a sister and her mother moved to Southern California "to help dispose of modest family property holdings," according to her New York Times obituary.

There she won a beauty contest and in 1916 signed a $15-a-week contract to make movies at the Vitagraph studios. Her reputation as one of the most beautiful women in show business would linger, earning her the nickname "the orchid of the screen."

"The amount quickly rose to $10,000 a week at First National - the forerunner of Warner Bros. - where she appeared in the silent films 'Black Oxen,' 'Single Wives,' 'Declasse,' 'Infatuation' and 'Classified,' all of which were produced before 1928," the obituary states. In 1929, she was nominated for an Oscar for her role in "The Divine Lady." From 1924 on, she often was the executive producer of her own films. 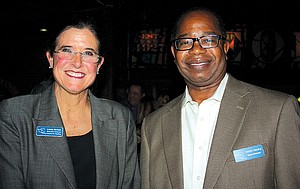 With a reportedly nasal voice, Griffith was fated to fail in her attempt to transition to films with sound. Her first "talkie," 1930's "Lillies of the Field," flopped, and she made only two others until 30 years later, when she appeared in the 1962 low-budget melodrama "Paradise Alley," her last film.

But Griffith was just getting started. She became an author, penning 11 books including the family memoir "Papa's Delicate Condition," which was adapted into a 1963 film starring Jackie Gleason.

One of her books, 1947's "My Life with the Redskins," chronicles her experience as the wife of Washington Redskins football team owner George Marshall.

That marriage was one of her four, all of which ended in divorce. She had two adopted daughters.

Griffith was also an activist, a "tireless organizer of unsuccessful campaigns to repeal the 16th Amendment, authorizing the income tax," according to the Times obituary, and she advocated for women's financial independence.