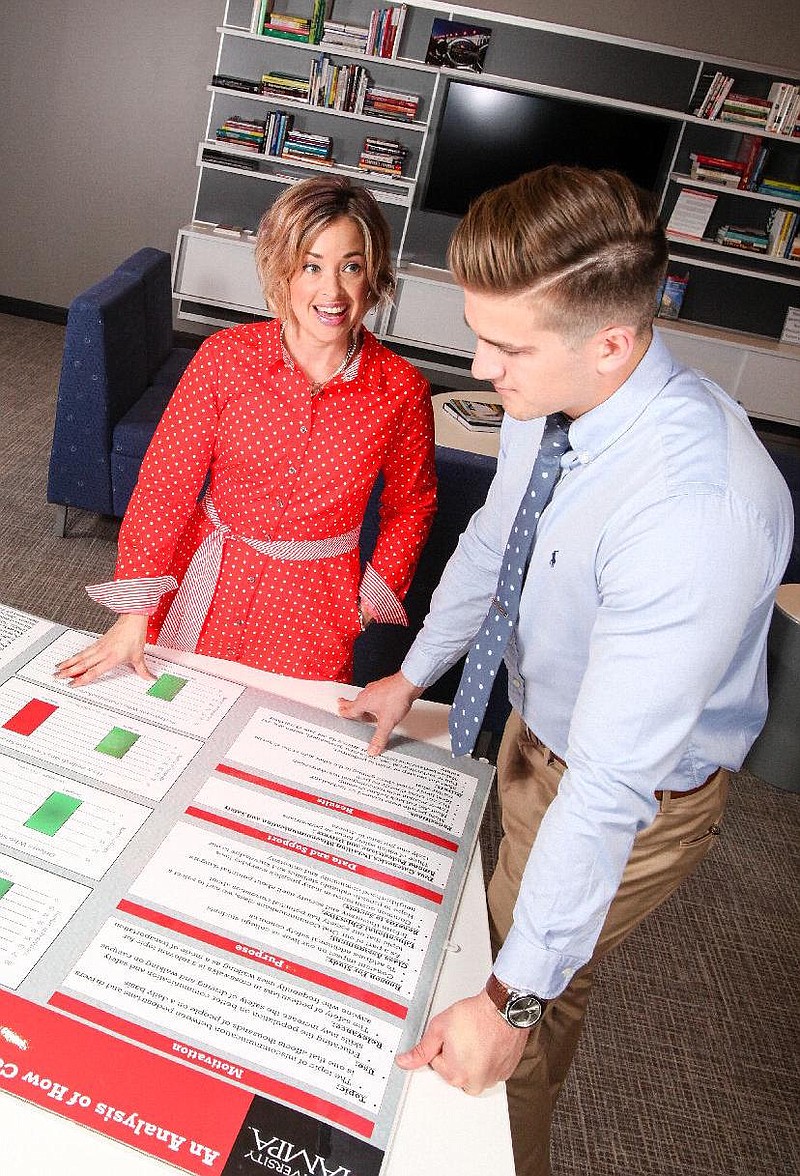 Linden native Dr. Kacy Dowd Tillman is shown working with a graduate student at the University of Tampa in Florida. (Submitted photo)

Linden native Dr. Kacy Dowd Tillman, an English professor at the University of Tampa, has written a book with the unusual title of "Stripped and Script."

It is not a light read, but it is original. 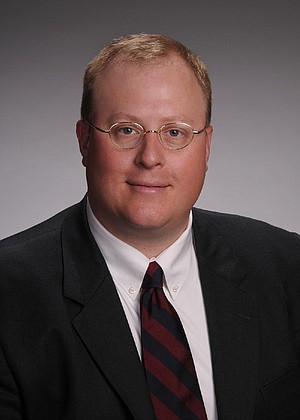 The book tells the story of female loyalist writers of the American Revolution who were marginalized ("Stripped") because of their gender and their views, but still communicated and survived by the writing of letters and journals ("Script").

It is not a light read. Her subject is rigorously researched and sets forth new views, as academic publications must do.

Tillman, a 1998 graduate of Linden-Kildare High School, is making the point that the American Revolution is better understood when the views of women loyalists - as uncovered in their writings - are included in the history.

The book is delightfully written because Tillman takes the reader with her on the research journeys. We walk with her to the front door of a woman writer's home, which may now be a museum or have new owners. Tillman has traveled miles to be here. She knocks and whoever comes to open is told, "I'm writing this book, don't you see? I need to see where she did her writing."

On several occasions, the door is shut in her face. She doesn't get in. As you both walk away, she may say to the you, the reader, "It's just one of the tough parts about doing research."

At Margaret Hill Morris's home in New Jersey, the owner's house has a secret attic that once hid a loyalist spy. Tillman tries to see this attic but is denied entry.

Tillman's point in her book is to have you, the reader, understand that women loyalists during the American Revolution were often punished for their views. And since they were regarded almost like property of their husbands in that period, they had little recourse.

And so they wrote - privately to each other and sometimes publicly.

Reading those letters and journals reveal another side of the revolution. It is the side of those who may have been pacifists like the Quakers, or who may have been neutral or disaffected with both sides. Or they might have been committed loyalists who had to remain silent even as their families were imprisoned or sent away, and their homes and properties confiscated.

"Stripped and Script" is something of an appalling revelation to those who believe the American Revolution story was simply one of principles and light and heroes.

The story of the author's own dive into research helps readers to understand and appreciate her book. Tillman's story begins:

"I had been reading some 1,000 pages of Flannery O'Connor's writings in my class with Dr. Ralph Wood at Baylor University.

"And then I came across these ellipses, these brackets, and I asked him what they were and why they were here."

"They mean something has been left out, something she wrote but the writer didn't include," Dr. Wood said.

"Are you willing to drive 925 miles to Milledgeville, Georgia, see her archives, her special collection, and find out?" he asked.

Special collections? Archives? Tillman said she didn't even know what these were. And so she embrarked on this journey.

"What I found changed my life. O'Connor's letters had been stripped mined and groomed to make her public persona more lovable. I quickly became interested in the way people develop their identities or have their identities developed for them through letters. I looked to the golden age of letter-writing in America - the 18th century. And that led me to look at the women loyalists, who in their letters and journals wrote the original elided narratives of the American Revolution."

And so Tillman's journey of discovery takes off as she tells the stories of loyalist women writers of the American Revolution who were attacked but, through writing, found a way to defend themselves.

"Many of these women thought they were the patriots, loyal to their father, the king. Through their writing we find they were dissenters. It's important to know this, that their story is not left out.

"We have a narrative about the American Revolution, that was patriotism against all others and now we are founded on liberty. But if we research, we find we have forever been divided on various issues - women, slaves, children, the narrative of the creation of our nation. It was important to me to write about and recognize these women."

As said, "Stripped and Script" is not a light read but it is original. You will not look at the American Revolution in the same way after reading it.