Rascal Flatts calling it quits with 'Life is a Highway' tour 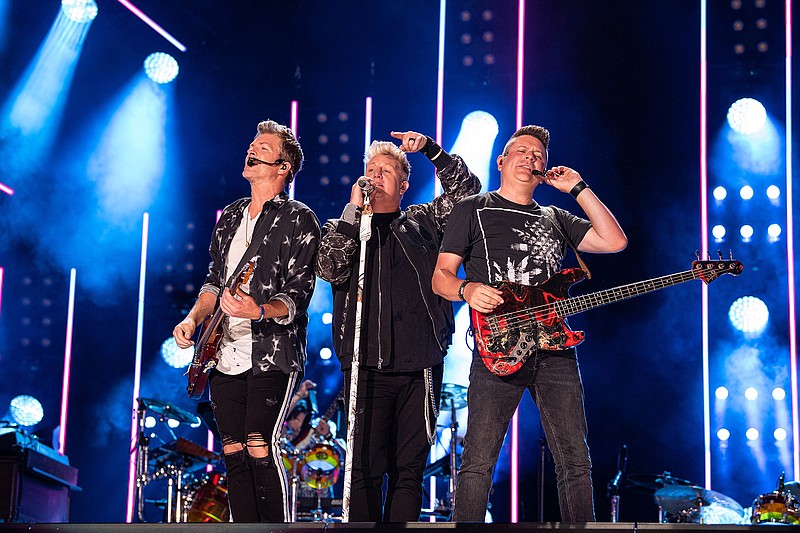 It's "adios!" for top country-pop trio Rascal Flatts, which on Tuesday morning announced that its 2020 "Life is a Highway Tour" will mark the 20-year-old group's farewell.

The tour will kick off June 11 at Ruoff Music Center in Indianapolis and conclude Oct. 17 in Florida at West Palm Beach's Coral Sky Amphitheatre.

There is no word yet on when tickets will go on sale or what the price range will be. Nor, as yet, have Rascal Flatts' three co-founders - Gary LeVox, Jay DeMarcus and Joe Don Rooney - explained exactly why they have decided to disband after 20 years.

In a statement released Tuesday morning on the group's website, LeVox said: "We can't wait to celebrate this incredible 20-year journey all year, with our fans who we love dearly. I don't know what God has in store for the future, but I am excited to see what he has planned!"

Added DeMarcus, in the same statement: "There is no sadness here, just new chapters, new journeys, and new beginnings."

Whatever the reason for the trio's split, their farewell trek should be a lucrative one. Between 2005 and 2007 alone, Rascal Flatts grossed $106.5 million in concert tour income.

Rascal Flatts counts Justin Bieber and Shakira among its many recording partners. The group's glossy, proudly middle-of-the-road sound may not have earned them much critical favor, but the trio's broad commercial success was undeniable.

"People might think we don't have an edge, but that's just a myth. To dispel those rumors, they should come out and see our live show," said Joe Don Rooney, Rascal Flatts' lead guitarist, in a 2011 Union-Tribune interview.

"The fans drive our live show and also what we do in the studio. When we're on stage with all these variables, it's like mayhem! The energy coming toward the stage (from the fans) is very aggressive, and we have to turn it up to plow through that energy. We can pull it off, because that's what drives the show."

Rascal Flatts "Life is a Highway" farewell tour dates include a July 18 concert at Dos Equis Pavilion in Dallas.