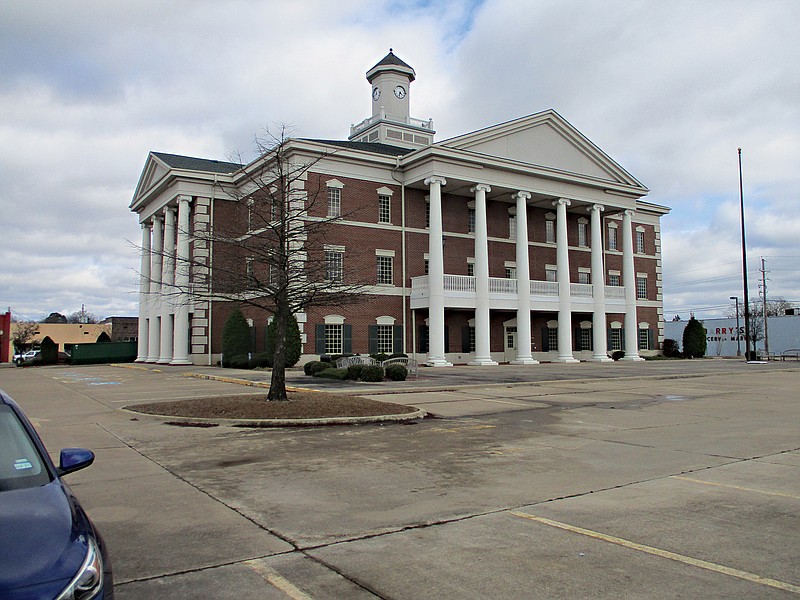 HOPE, Ark. - Hempstead County officials are presently holding a series of public information meetings to inform voters regarding the need to approve a temporary one-cent sales tax for relocating the courthouse.

Late last year, the Hempstead County Quorum Court approved placing the one-cent sales tax measure on the March 3 primary ballot for voter consideration. If approved, the money generated by the sales tax (which will be limited to a two year period) will be used to continue renovations on the Farmers Bank and Trust building. This building, constructed in 2003 and located at 200 East Third Street in Hope, will be the county courthouse's new site.

Beside helping pay for the bank's renovations, some of the money collected will also be used to contained and section off the current old 1939 vintage courthouse located at 400 South Washington Street.

During their first public meeting held last week at the DeAnn Fire Station, county officials attributed the need for containing and limiting access to the old courthouse to the fact that black mold as been developing in the building for perhaps as long as 20 years.

County officials attributed the gradual mold build up in the old courthouse to the fact that Christmas lights were installed on the building's exterior about 20 years ago. When the lights were eventually removed, the holes chiseled in old courthouse's brick and cement to help install the lights gradually started to collect rain water which eventually leaked into the building's interior, causing the mold formation.

"The most important reason for this tax measure to get approval is for the health, safety and welfare our residents who come out to conduct business at the old courthouse everyday," said Hempstead County Sheriff James Singleton.

Work on securing the 17-year-old bank building for the new courthouse location started in 2017 when the county purchased the building for $1.5 million. Renovations needed on the bank building in order to convert it into county use initially started with a $2.8 million price tag. However, revised estimations now put costs at between $4.5 million and $5.7 million, said Ed Darling, the Hempstead County Quorum Court's Finance Committee chairman.

Darling added that should voters approve the measure on March 3, it might be possible to move the courthouse operations to the new location by about a year from this spring.

The schedule and locations of the meetings are: