A man accused of shooting a 15-year-old blue heeler five times has been charged with aggravated animal cruelty in Miller County. 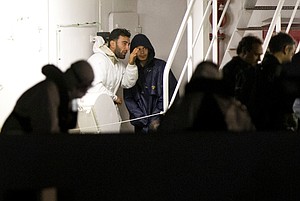 Charles Shuttleworth, 35, was arrested the night of June 10 after neighbors of a home in the 900 block of 34th Street called Texarkana, Arkansas, police because of a woman screaming for help, according to a probable cause affidavit. When police arrived, a female resident of the house told them Shuttleworth had killed her dog, Lefty, because he was angry the dog had an accident in the house earlier in the day.

The woman allegedly claimed Shuttleworth was "very intoxicated" at the time and that she had been asleep on the living room sofa when she was awakened by a loud noise. Officers found Lefty on the kitchen floor in a large pool of blood.

The woman told police Lefty had gone blind a few years before but was otherwise healthy and "full of life."

Police recovered five spent shell casings and a 9 mm handgun from the house. Animal Control Director Kayla Tucker told officers that none of the five gunshot wounds appeared to have been "immediately lethal" and suggested Lefty would have suffered before bleeding to death.

Shuttleworth is free on a $25,000 bond. He is scheduled to appear next month in Miller County circuit court.

Aggravated animal cruelty is punishable by up to six years in prison and a fine up to $10,000.