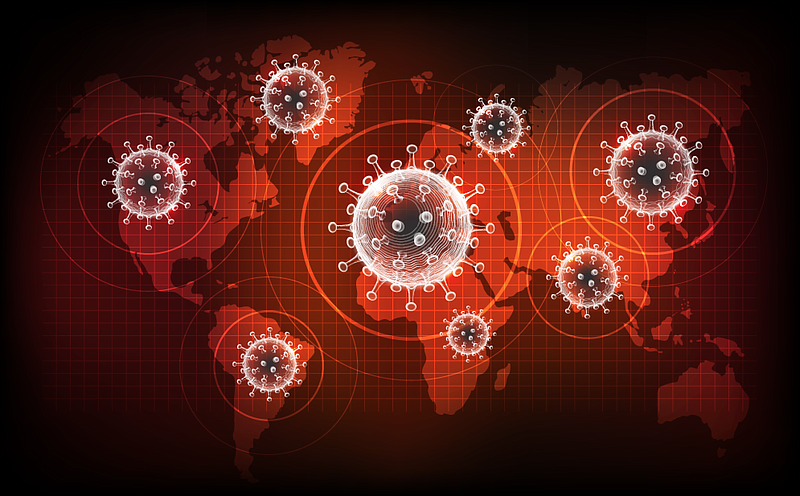 Brenda Joyce Cigainero was not allowed visitors in her final days as the hospital locked down to help prevent spread of the virus that has caused global turmoil, said George Cigainero, 77, her husband of 36 years.

A Wadley spokesperson declined to confirm the news Monday morning, but the regional joint Emergency Operations Center on Monday afternoon confirmed a Bowie County death related to COVID-19. The EOC did not provide any specific information about the patient who died.

Cigainero was admitted about three weeks ago with other medical concerns. She was diagnosed with double pneumonia after a home health check found her blood oxygen level had dropped to a dangerous level, her husband said.

George Cigainero was notified Saturday that she had died and on Sunday that her coronavirus test was positive.

Brenda Cigainero's health problems began with a dental treatment late last year, her husband said. After having her teeth removed, she developed an infection that ultimately resulted in jaw surgery at Baylor Scott and White Hospital in Dallas. Her recovery included daily antibiotics.

Cigainero spent a few days of her recovery cared for by her daughter in Bridgeport, Texas, before returning to Texarkana. She went without medical care and antibiotics for some time before home health care could be arranged here, her husband said.

It was heartbreaking to stay separate from his wife as she struggled, George Cigainero said, and though he has plenty of local family support, the isolation of social distancing is taking its toll.

"It's rough. It's rough to have to stay in by myself. There's nobody here with me except her animals," he said. With the exception of a chihuahua that will not leave his side, he may have to find new homes for the dogs and cats, he said.

Brenda Cigainero is survived by a son and daughter, as well as three stepchildren.

George Cigainero said he wanted to tell his story to help others understand what is happening.

"Stay in. Be careful. Make sure you wear a mask. This stuff is terrible," he said, adding a final piece of advice.

"The best thing they can do is pray," he said.