Jury trial in the works for next month, requiring unusual cautions 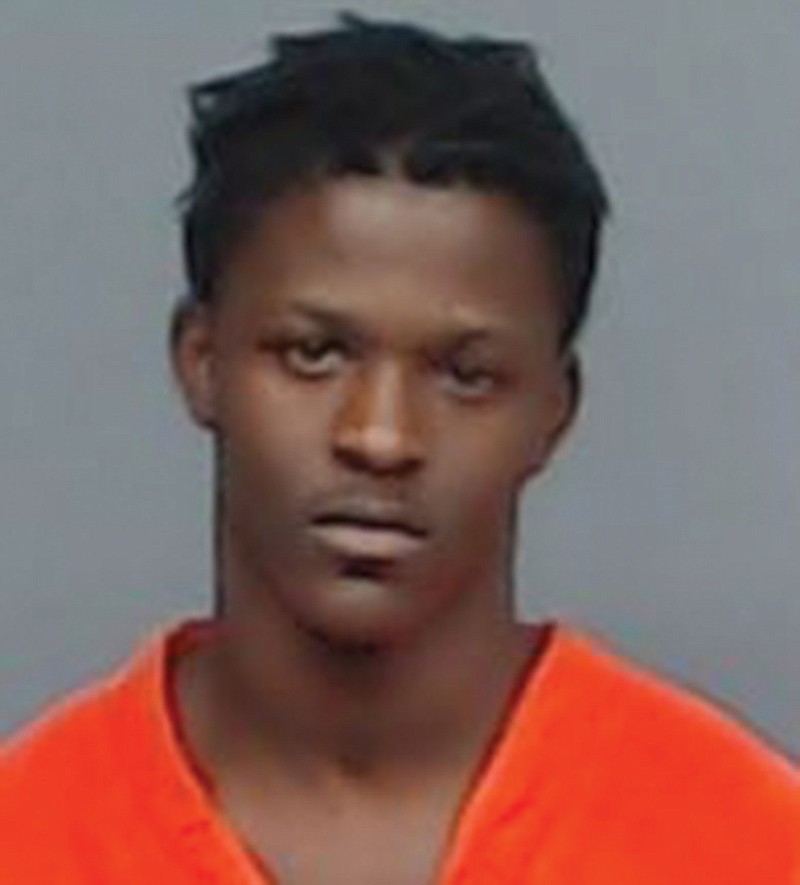 TEXARKANA, Texas - Plans for jury selection and trial in Bowie County in the age of COVID-19 were discussed at length Friday in a pretrial hearing for a man who has been in jail for nearly 600 days on a charge of aggravated robbery.

Craig Eugene Taylor, 23, is accused of the gunpoint robbery of an EZ Mart convenience store on Robison Road shortly before 10:30 p.m. Sept. 19, 2018. His case was supposed to go to trial in late March but an order from the Texas Supreme Court suspending jury trials shut the plan down.

Taylor appeared via Zoom from a room in the Bowie County jail in downtown Texarkana before 5th District Judge Bill Miller for a pretrial hearing Friday morning. Miller said he is in the process of acquiring special permission from the Texas Supreme Court to go ahead with Taylor's trial beginning in late June. Texas courts are currently under an order suspending jury trials until August.

"You've been in custody a significant amount of time, almost 600 days and we're trying to get you a trial," Miller said, appearing from the 5th District courtroom in New Boston.

Miller said he expects seating no more than 115 Bowie County citizens in the 500-capacity auditorium at New Boston High School which is close to the courthouse located in the county's seat. Miller said he hopes to conduct juror qualifications June 18.

That process includes releasing from service anyone who is disqualified because of age, residency outside Bowie County, criminal convictions or other factors while establishing qualification for those eligible to serve. The court may send out questionnaires that ask questions about themselves. Miller said an additional questionnaire including questions about potential COVID-19 exposure may be given to prospective jurors as well.

Those who are qualified to serve will be asked to return to the auditorium June 23 for jury selection. During that process, the prosecution and defense will speak to the jury panel and ask questions of its members. Once a 12-member jury is chosen, that group will be moved from the high school's auditorium to the Bowie County courthouse. Miller said an alternate juror will not be chosen to help keep down the number of people physically present in the courtroom.

Rather than sitting next to one another in the jury box, Miller will have the jurors sit apart from one another in seats typically filled by courtroom spectators. Additional tables for members of the prosecution and defense will aid in social distancing and will face the audience seats rather than the judge's bench as they typically do, Miller said. Witnesses will not enter the courtroom from the public entrance as usual but will be brought from the secured hallway into the courtroom through a door which is next to the witness box. Miller said this procedure will limit the number of people walking past the jurors seated in the audience seats.

Witnesses may be asked to wait outside in their cars until called to testify and measures to keep people from clustering in groups as they exit or enter the courtroom will be implemented, Miller said. Miller said it may be necessary for a witness to testify via Zoom if their are concerns about exposure to COVID-19 though as of now it is expected all will testify in the courtroom.

To keep the proceedings public, the trial will be livestreamed via the court's official You Tube channel. Assistant District Attorney Katie Carter said all of the witnesses she intends to call are local though two will travel from a Texas Department of Public Safety Crime lab to provide expert testimony.

Assistant Public Defender Sylvia Delgado said she intends to discuss with Taylor the possibility that both of them be tested for COVID-19 in advance of the jury qualification process.

"We will be in close quarters," Delgado said.

Miller emphasized that should the state's highest court give him the green light to go forward with Taylor's trial next month, social distancing, mask wearing and heightened and frequent disinfecting of the courtroom and other areas will occur.

If found guilty of aggravated robbery, Taylor faces five to 99 years or life in prison.