For area artist, Christmas cards are a two-decade tradition 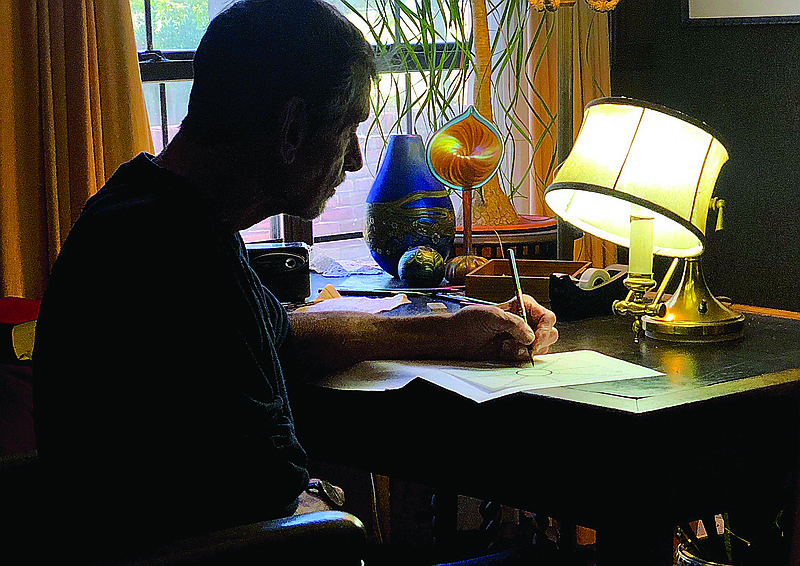 NEW BOSTON, Texas - For Northeast Texas artist Gary Bachers, dedication and steadfast commitment to the craft of his colored pencil-driven work have guided him along an artistic journey that, come winter holiday time, includes a still-timeless tradition.

Even in this age of speedy texts and Snapchattiness, Christmas cards are still a thing, perhaps a way to maintain such holiday greetings in an older, more permanent form of connection.

For two decades, Bachers has made Christmas cards to celebrate the season, beginning with a lone card in 2000.

It grew from there for this artist, a former physician who turned to art after suffering a stroke and losing his ability to speak because of expressive aphasia.

Art became one way of speaking to the world, and the Christmas cards, which incorporate his common visual motifs like the moon and the mandala, clearly speak to those feeling the Christmas spirit.

Fans began collecting them. They soon became an in-demand, seasonal treasure. People looked forward to them.

"Some people saved them all," Bachers said. The Christmas colors of red and green dominate the themes but in a nighttime scene. 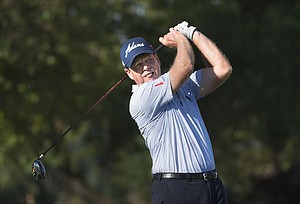 "There's always that moon in the center, which is pretty standard for his work," she said. They're beautiful and evoke a serene mood.

"I think to him it's unifying. There's only one moon; we all share that one moon, no matter what color you are, what problems you have. You look up and it's a positive feeling whenever you look up at that full moon, at least to him it is," Bachers said. "It lets you transcend all the problems down here."

Perhaps the moon puts our lives in perspective, too, alongside that big beauty.

"When you're looking up at that full moon, everything is so vast and we seem so little and our little problems being so small," said Gary's wife. "It's a positive feeling for him."

Traditionally, Gary keeps the design a secret as he works on the annual card, which was tougher when the children lived at home, Gabrielle explained, because they tried sneaking a view. He'd hide it so others could not discover it.

"He'd work on it and then hide it away, so it was really fun," Bachers said. It's a surprise for her, too, and she enjoys it. Each year they unveil a new card design. This year they're doing it for Artist's Sunday and plan a live streaming announcement.

"He's working hard," Gabrielle said. She can't rush him, which is the opposite of how he works, she admits. They complement each other.

With COVID-19, Gary and Gabrielle haven't been able to travel as they usually do, visiting art fairs and other events to sell their artwork (she also makes scarves). Hence, this home time is all the more important as far as routine is concerned.

"We miss the artists and we miss the collectors and the people, just every part. Gary loves to travel," Bachers said. She feels fortunate and grateful they have this life.

Meanwhile, Gary works patiently at the design, keeping a steady schedule. It helps to keep him going, so the routines are essential for him. He maintains a disciplined approach to his personal day.